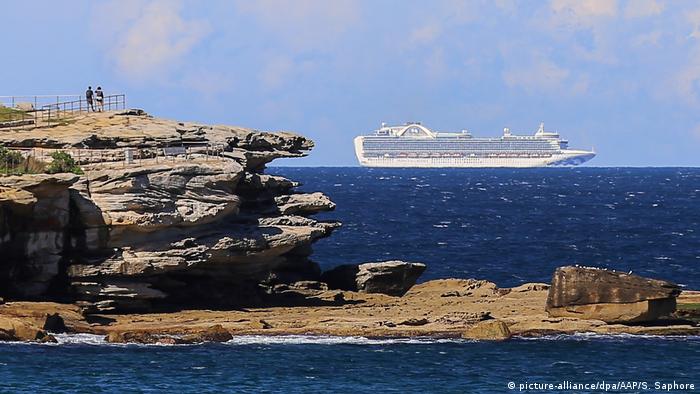 Police in Australia said Sunday they were launching a criminal investigation into why a cruise ship was allowed to disembark in Sydney, resulting in more than 10% of the country's total coronavirus cases.

The Ruby Princess, owned by British-American cruise operator Carnival, docked in Sydney Harbour on March 19 after 11 days at sea.

Border and health authorities allowed some 2,700 passengers to leave with only minimal checks, even though about a dozen passengers had shown respiratory symptoms before they disembarked.

At least 622 of Australia's 5,687 coronavirus cases stem reportedly from the ship.

The probe will also examine the actions of shore agencies, said Fuller, after state health officials defended their decision to let passengers disembark.

"The international license to enter a port is on the assurance from the captain to the authorities that the vessel is free from contagious disease," said Fuller. He then asked, "… were [the] Carnival crew transparent in contextualizing the true patient and crew health conditions relevant to COVID-19?"

He added that some 200 Ruby Princess crew members were now experiencing symptoms of the Sars-CoV-2 virus. The ship is now in waters off Sydney in Botany Bay, but due to dock further south at Port Kembla on Monday.

Carnival Australia, an offshoot of the American-British cruise concern Carnival, said it was cooperating fully with police in the criminal investigation.

The country's death toll from the lung illness COVID-19 reached 35 Sunday, 11 of them — about a third — were previously Ruby Princess passengers who were allowed to disperse across the country.

Australia's count of confirmed cases rose by 139 on Sunday to 5,687, with residents barred from leaving homes but for essential tasks, combined with social distancing.

Federal Health Minister Greg Hunt warned Australians they would have to keep their distance from others for a "difficult" six-month period.

The controversy surrounding the docking sparked memories of Australia's handling of the 1918 Spanish Flu epidemic.

By comparison a century ago, on formerly German Western Samoa the death rate was a staggering one-in-five (22%), the New Zealand historian told health officials.

He attributed New Zealand's 9,000 "Spanish Flu" deaths to arrivals in Auckland in November 1918 of three troopships carrying "several thousand" returning World War One troops, who then headed home "the length and breadth of the country."

Across the Tasman Sea on Sunday, several Australian states had given their police forces power to enforce hefty on-the-spot fines and potential jail terms.

Australia's national science agency will test two vaccine candidates over the next three months. It is part of a global race to halt the coronavirus pandemic. (02.04.2020)

Returning to Australia from Germany, reporter Sean Goodwin found that his home country's reaction to the coronavirus crisis mirrors its laid-back attitude. Where does this optimistic mentality come from? (01.04.2020)