Tough times ahead for climate protesters during corona pandemic | Environment | All topics from climate change to conservation | DW | 02.04.2020 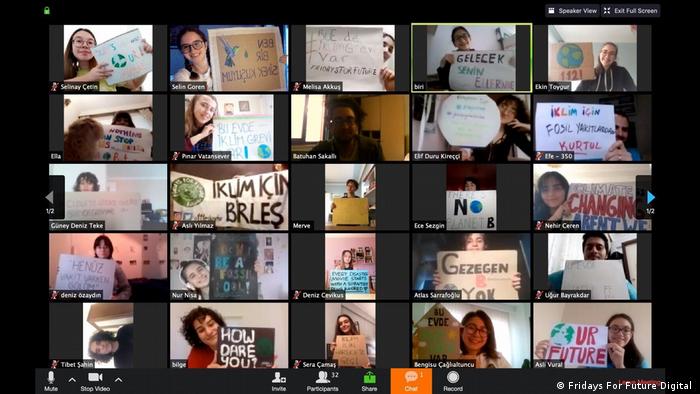 Every Friday since the youth climate movement Fridays for Future began in 2018, students have been taking to the streets to protest for a greener future. Now, in times of the COVID-19 virus, such demonstrations have ground to a halt.

"Currently we can't think about protesting on the streets," said 16-year-old Fridays for Future activist Ariadne Papatheodorou from Athens. "We know we are in a crisis, as well as our health systems around Europe. We don't want people to die, that's why we are staying at home."

And that is in keeping with climate activist Greta Thunberg's calls to act responsibly. As the coronavirus spread around the world, she urged campaigners to avoid mass rallies, and invited them to take part in "digital strikes" instead.

Under the hashtag #ClimateStrikeOnline, participants are encouraged to post photos, videos, and messages for reforms to limit global warming to less than 1.5 degrees by the end of this century.

"A global pandemic doesn't mean the climate crisis will stop, so we must continue to strike to keep up the pressure," said Dylan Hamilton, a 15-year-old activist with the Fridays for Future group in Scotland.

The movement recently launched a Twitter handle called Fridays for Future Digital to continue its environmental protests by sharing slogans from all over the world, and used a press release to keep up the pressure on the fossil fuel industry and other polluters.

But so far, the digital protest is in no way comparable to real life demonstrations. According to Friday for Future Digital, just 1,200 people have participated in the online effort so far. 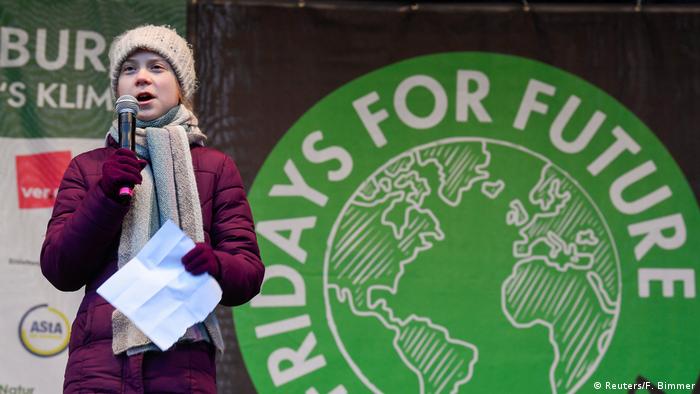 One of them is Lance Lau, a 10-year-old from Hong Kong, who protested alone in his neighbor's garden.

"Despite the Hong Kong protests and police repression last year and now despite the outbreak of corona, I'm protesting," Lance told DW.

He is no stranger to protesting in isolation. As a result of what he describes as an almost non-existent climate movement in Hong Kong and the violent repression of demonstrators, Lance says he has been protesting alone for 27 weeks.

Fridays for Future India had hoped to be able to continue its climate demonstrations even after Europe and the US began to shut down, Ashiq Rahman from the Indian branch of the movement said. But India has since imposed its own lockdown.

"It's a problem that people are diverting from the climate crisis to the corona crisis," Rahman said, adding that the world is facing "a long-term crisis" of global warming.

He believes climate action should remain in focus even during the corona crisis. 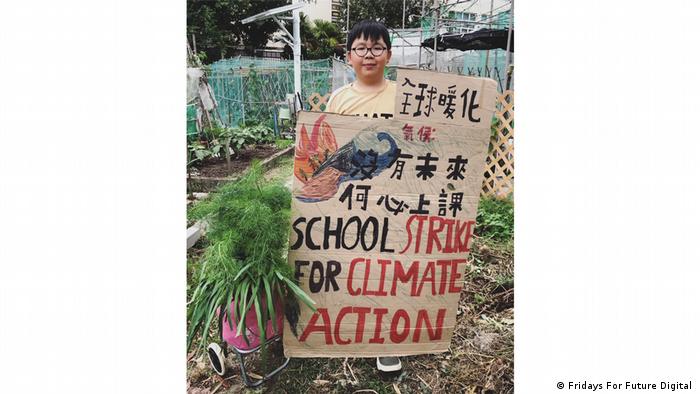 Standing up for the climate, 10-year-old Lance

In another effort to keep the momentum going, Fridays for Future has also announced plans to hold weekly digital webinars and discussion rounds with scientists, journalists, activists and other international high-level experts.

Despite all this, online protests won't "come close to the level of attention of the street protests last year," said Dieter Rucht, a sociology professor and board member at the Institute for Social Movement Studies. He argues that Fridays for Future will struggle to mobilize people at a time when other issues take priority over saving the climate.

Although Rucht says "Fridays for Future is not dead," he believes the movement, whose numbers had started to fall even before the coronavirus outbreak, "will shrink to a minimum."

One of the activists' key demands is a fall in emissions. With that now happening as a result of national economies grinding to a near halt, Rucht says that "argument is vanishing into thin air."

But Andreas von Bubnoff, a professor of international science communication at Germany's Rhine-Waal University of Applied Sciences, sees the pandemic situation as a critical moment for the climate crisis.

"The pandemic might make it clear to us how much better things could be," he said, citing a recent trip to Cambodia's capital Phnom Penh. "People told me how they loved the improved air quality and the low traffic, which were the result of the pandemic. I think such experiences might also make it clear to many how quickly we could changetheclimate if we only put our collective minds to taking action, which is a message of hope I think."

He says that in some places, the pandemic is making people change the way they work.

"This forces us to question the old-fashioned but still widespread German idea of showing up for work in an office - that damages the climate, because it results in lots of commuter traffic."

Whether such changes do become more permanent is far from clear at this stage, but for some young protesters the current lockdowns also represent other opportunities for a different way forward.

"Today we young people save the elderly by not going out to protest," Greek climate activist Ariadne Papatheodorou said. "Tomorrow the elderly must save my generation by taking it to the streets with us."

The good news about reforestation efforts

Forests cover about one-third of the world's land area — an expanse that has been dwindling for decades. But many countries are undertaking ambitious efforts to bring back the trees. (21.03.2020)

Inside Europe: The future of 'Fridays for Future'