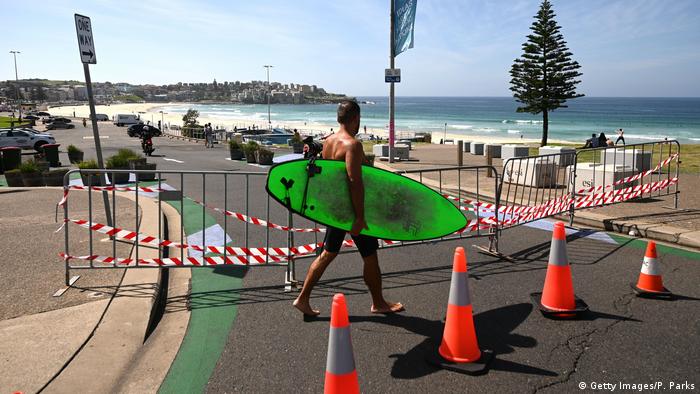 Like many expats and travelers, I recently took an emergency flight home. But, when I left Germany in the middle of a crisis and arrived in Australia, I wondered whether I'd landed in a completely different reality.

Having seen Germany's emptied city centers and serious conversations of solidarity and civic duty, there was an eerie sense of life as normal in the casually humming streets of Sydney.

The Australian government has only now started implementing strict social distancing regulations; as of Tuesday, residents of the state of New South Wales (including Sydney) are not allowed to leave their homes without a "reasonable excuse." Despite having comparatively fewer cases, New Zealand moved to a complete lockdown last Thursday.

It's not only the government that's been slow to adjust to the reality of the crisis. Less than two weeks ago, Bondi Beach in Sydney was bustling with over 500 people, ignoring restrictions on large gatherings. In more recent days, police have been called on several occasions to break-up "lockdown barbecues" at peoples' homes. 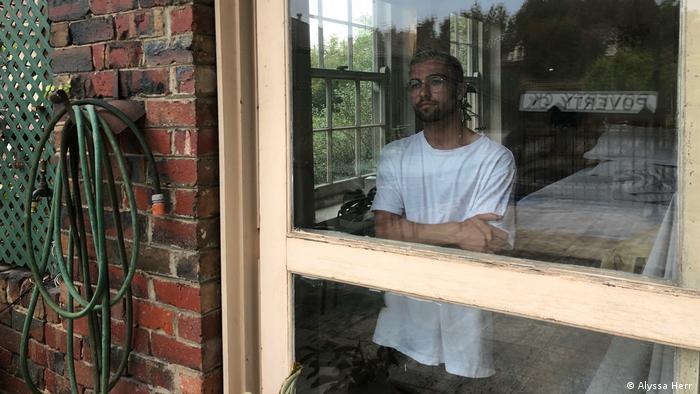 Now in quarantine: Before returning to Australia, Sean Goodwin was in Germany for an internship with DW

Where does this attitude come from?

Beyond the recent bushfires, Australians have been largely shielded from international crises over the last several decades. The country has held the longest record of economic growth in history, buoyed by a rich endowment of natural resources and strong strategic relationships with China, the US and Europe.

There's a strong sense in Australia that our island nation is in some way isolated from the world's problems. It sailed through the Global Financial Crisis in 2008, avoiding recession and, aside from the dispossession of our Indigenous people, there has never been war on Australian soil.

When an Australian is confronted by a predicament, you may hear them say "she'll be right." It's a phrase that means that everything is going to be ok and for "the lucky country," which has been unbruised by several international crises, until now it has largely held true.

But now, it's not clear whether this laidback Crocodile Dundee-style irreverence to danger and authority, and the sluggish response to the coronavirus crisis that it has produced will be our downfall, or if we may well get lucky once more. 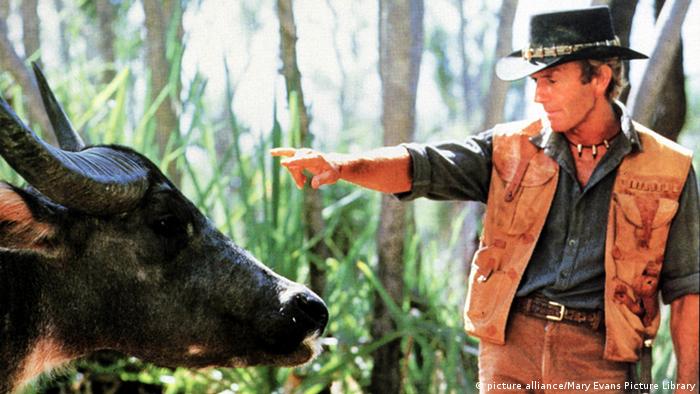 'Crocodile Dundee' (1986) contributed to the myth of Australia's laid-back bushman. On March 25, one of the film's actors, Mark Blum, died from complications of the coronavirus

According to Richard White, a retired professor of Australian History and author of the book Inventing Australia, "Australia has always been the lucky country."

"At the start, happening to be able to take land freely from the Indigenous owners and reap the benefits created the idea of things turning out okay."

White says that the government's response to the crisis exemplifies this cruisy, optimistic mentality; "I suspect that the 'she'll be right' attitude is being played out within the government."

While the government is laid back on the issue, there is a thread in Australian culture of "larrikinism," or boisterous disregard for convention, that seems to be featuring in the citizens' responses.

Postcolonial Australian culture has iconized characters who flout danger and authority. Outlaws, larrikins and renegades like Ned Kelly, the stockmen in the poems of Banjo Paterson, and the thieving drifter from the Aussie folk anthem Waltzing Matilda are revered figures that exemplify this ideal. 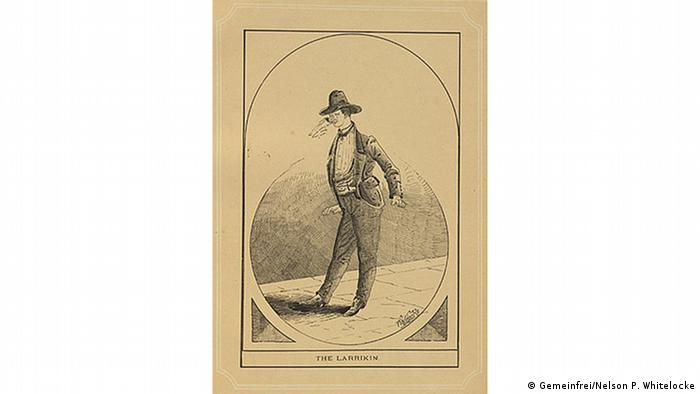 The Australian "no holds barred" sense of humor is also distinctly irreverent. The comedy of Barry Humphries, Paul Hogan and more recently Chris Lilley all adhere to this cultural attitude that no situation or archetype, especially symbols of status and authority should be exempt from ridicule or taken too seriously.

Could Australia get lucky once again?

Despite its relatively nonchalant approach, it seems that Australia could make it through yet another crisis with only bumps and scratches, while other countries suffer immeasurably.

With our proximity to China and large Chinese-Australian population, the country was one of the first to detect initial cases of the novel coronavirus. Cases didn't accelerate until March when the daily growth rate reached 30%, but now this has fallen to just 9%. 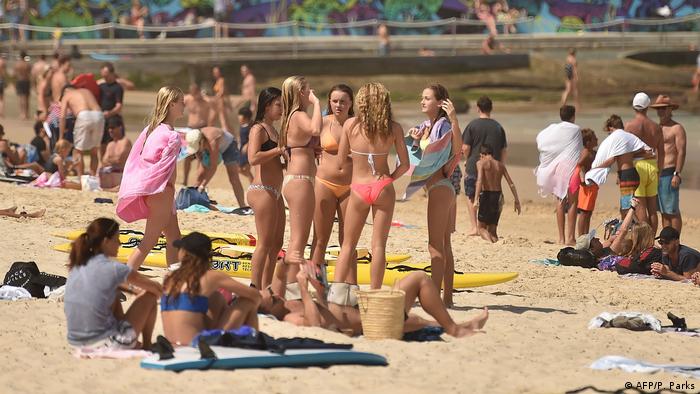 However, this drop isn't a conclusive indicator of the effectiveness of the country's social distancing policies. There was an influx of imported cases following the government's call for all Australians to return home. This has now tapered off as nationals have returned and flight paths have been restricted.

Because of this, the rate of increase in domestically transmitted infections is difficult to estimate, especially with limited testing.

Professor White says that it's difficult to generalize across the population, "you do have people flouting the rules and being cheeky and then you have other people really battening down the hatches."

Looking outside my window as I quarantine in my apartment, I do notice that while there is a considerable amount of traffic, there are less and less cars each day. But it's difficult to know whether it's enough, or whether the words "she'll be right" will ring with regret in the months to come.

The coronavirus has global tourism firmly in its grip. The situation is particularly dramatic in Asia. The European tourism industry is also becoming increasingly nervous. (03.03.2020)

Climate law rollbacks in the US and Australia have origins in libertarian think tanks that trade in climate denial. Investigative journalists have exposed how one is now trying to strip climate protections in Germany. (09.03.2020)