The Australian government has admitted falsely accusing Save the Children of inciting asylum-seekers to self-harm. The settlement comes after two refugees in a detention center on Nauru recently set fire to themselves. 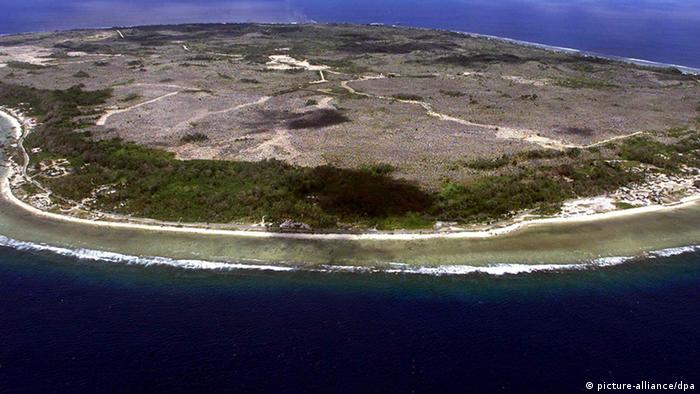 On Friday, Australia announced that it "regretted" having relied on allegations that the charity Save the Children Australia had incited refugees to self-harm to protest conditions on Nauru in 2014.

It said it had agreed to pay the group an undisclosed sum in financial compensation.

In October 2014, Australia's Immigration Department had ordered the removal of 10 of the charity's workers from the detention center on the Pacific island, claiming that they had "orchestrated protest activity, coached and encouraged self-harm of detainees" to draw attention to what they saw as harsh policies toward people seeking asylum in Australia. Nine were subsequently deported.

At the time, several refugees sewed their mouths shut and others drank washing powder to protest the conditions under which they were being held.

Two independent reviews found that the government had been wrong in its decision to remove the workers. The Department of Immigration said it had decided to compensate Save the Children after accepting the recommendations of the most recent review.

The government admitted in a statement, however, that the group had "suffered detriment for which ... the payment of money cannot be adequate compensation," saying that the allegations of wrongdoing might have caused lasting damage to the charity's reputation.

Save the Children staff welcomed the financial settlement, but were still concerned about conditions on Nauru.

"We've always believed Nauru is a ticking time bomb, and you can't leave people stranded on a tiny tropical island for three years, remove all hope and expect that they will be OK," Mat Tinkler, the charity's policy director, told AFP news agency. 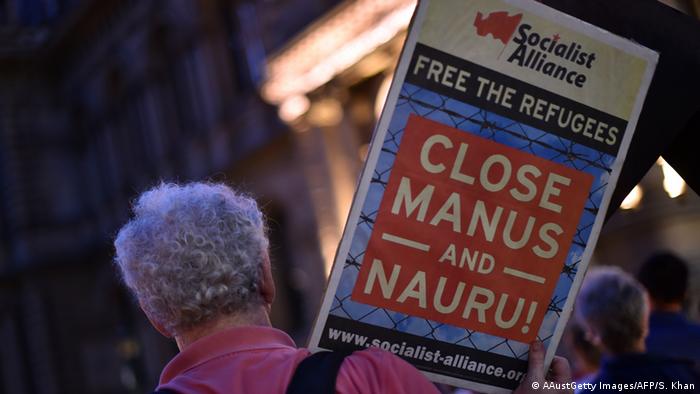 The incident has not stopped Australia's government from blaming similar cases on other groups. Immigration Minister Peter Dutton said recently that aid organizations - unnamed ones this time - were to blame for incidents in which two people set themselves on fire on Nauru in protest during the past two weeks.

A 21-year-old Somali woman remains in critical condition after setting herself alight on Monday, and a 23-year-old Iranian man died of burn injuries inflicted on himself last week.

Australia sends refugees who arrive in its territorial waters by boat to Nauru or Manus Island in Papua New Guinea. Even if they fulfill asylum criteria, they are not allowed to resettle in Australia, and are offered the chance to return to their home countries if they desire.

The conditions in the Pacific camps have attracted criticism at home and abroad, including from the United Nations, amid reports of harsh conditions and even child abuse. 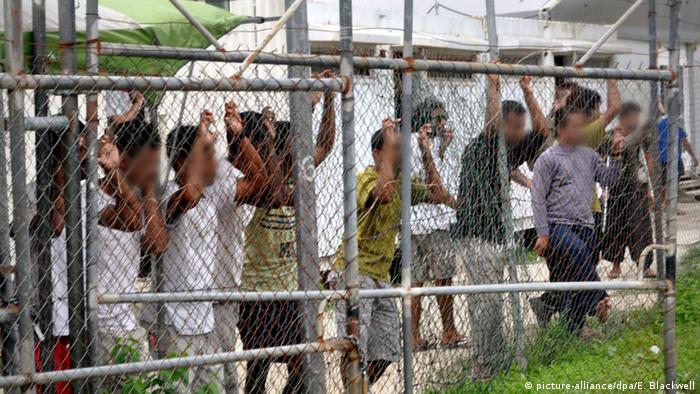 The camp on Manus Island has been closed

In a recent blow to Australia's policy of offshore immigration processing, Papua New Guinea's Supreme Court ruled last week that the detention of asylum-seekers on Manus Island was "contrary to their constitutional right of personal liberty," and the prime minister has since ordered it to close.

In response to criticism from several quarters, the camp on Nauru was converted in October into an "open center" where residents are granted freedom of movement on the 21-square-kilometer (8.1-square-mile) island, which has been left largely barren by extensive phosphate mining.

The daughter of Nepalese migrants is set to be returned to a camp on the island of Nauru. Over the past week she has been at the center of Australia's controversial immigration policies. (22.02.2016)