A Supreme Court ruling means an Australian-run refugee detention facility on Papua New Guinea is illegal and must close. Now PNG is working with Australia to find a new place for the refugees to go. 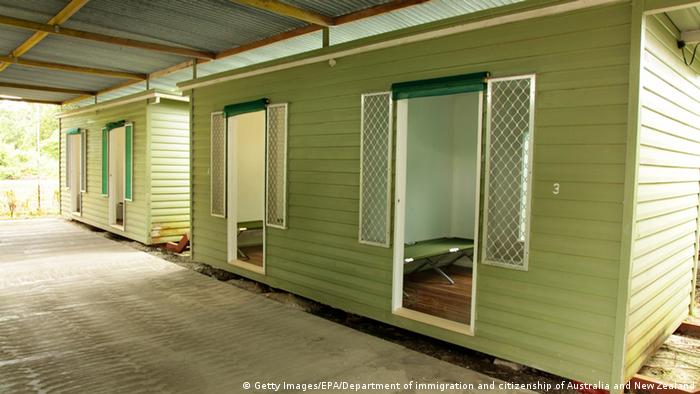 "Respecting this ruling, Papua New Guinea will immediately ask the Australian government to make alternative arrangements for the asylum-seekers currently held at the regional processing center," Prime Minister Peter O'Neill said in a statement on Wednesday.

Australian policy regarding those who attempt to enter the country illegally by boat is to reject them and send them to detention camps, paid for by the Australian government, in Papua New Guinea and the island nation of Nauru. Those found to have legitimate claims for asylum can be resettled in Papua New Guinea or Cambodia under agreements reached between Australia and those two countries.

Regarding the current asylum seekers on Manus Island, O'Neill said that legitimate refugees were welcome to live in Papua New Guinea "only if they want to be a part of our society and make a contribution to our community," but added: "It is clear that several of these refugees do not want to settle in Papua New Guinea and that is their decision."

There are currently over 800 asylum seekers being held on Manus Island, and Papua New Guinea will now begin working with Australian officials about where to relocate the people being detained. Australia has made it clear that under no circumstances will they be resettled in Australia.

Meanwhile, a 23-year-old refugee in an Australian-run detention facility on Nauru is set to be airlifted to an Australian hospital after setting himself on fire Tuesday during a routine visit of the UN refugee agency, UNHCR, to the facility.

According to news reports, the man shouted "I can not take this any more" before setting himself on fire. Bystanders quickly attempted to douse the flames with water and blankets.

The man is in critical condition, but Australian Immigration Minister Peter Dutton has said his application for asylum would not be influenced.