The last child has been removed from immigration detention on the mainland, Australian authorities announced. However, others are still being held on a remote Pacific island. 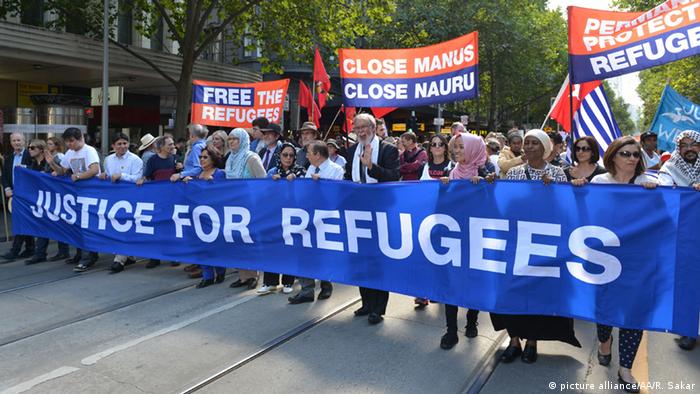 The government made the announcement on Sunday, saying the children have been moved to what's called "community detention," where processed refugees can live freely among the community.

"It's always been a goal of the immigration minister ... to get kids out of detention," Prime Minister Malcolm Turnbull told Sky News.

Turnbull also said that since the change from the Labor government in 2013, the arrival of asylum-seekers in Australia has significantly declined. 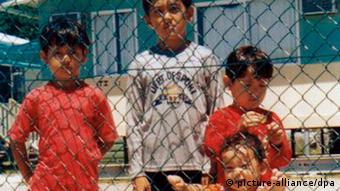 Child refugees on the Pacific island of Nauru

Australia's migration policies have drawn sharp criticism from activists, with much of the attention focusing on the detention center on the Pacific island nation of Nauru, which is known for its harsh conditions.

Under Canberra's immigration policy, refugees who try to reach Australia by sea are turned back or sent to Pacific camps in Nauru or Papua New Guinea, where they are held indefinitely while waiting for their asylum applications to be processed. The government action announced Sunday did not impact the dozens of child asylum seekers purportedly still living on Nauru.

Rikki Lambert, a political adviser and current state senate candidate for the Family First Party, told DW in an email that he approved the move to release the children.

"Family First is very pleased with the release of the last child from detention," Lambert wrote. "We have been calling for it for two years. Our first priority was secure borders, as insecure borders saw thousands of children in detention under Labor. Now there are none."

In February, the 1-year-old child of an asylum-seeker became a focal point of activists when a hospital refused to discharge her in order to prevent her return to Nauru. The government has said it would not immediately send the child to the island.

A leaked Australian cabinet document has made a connection between refugees and terrorism. Major changes could be made to its humanitarian resettlement program, making it harder for refugees to obtain citizenship. (05.02.2016)