The prime minister has been coming in for criticism for taking a trip to Hawaii as Australia became consumed by wildfires. Morrison said he "deeply regrets any offence caused by my taking leave at this time." 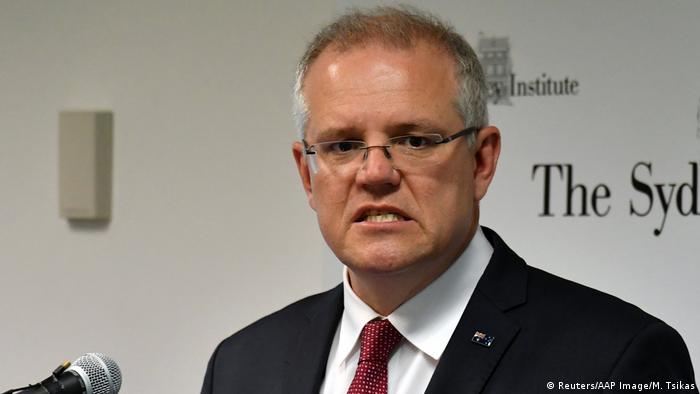 Australian Prime Minister Scott Morrison apologized on Friday for taking a vacation while Australia is in the midst of an unprecedented bushfire crisis and a record-breaking heatwave.

Morrison said via a statement: "I deeply regret any offense caused to any of the many Australians affected by the terrible bushfires by my taking leave with family at this time."

He added: "I have been receiving regular updates on the bushfires disaster as well as the status of the search for and treatment of the victims of the White Island tragedy."

Pressure had been piling up on the prime minister over his recent trip to Hawaii as thousands of volunteer firefighters battled fires across Australia and millions of residents in Sydney choked on toxic smoke. This pressure increased further after two volunteer firefighters died on Thursday after a tree fell and caused their truck to roll off the road while fighting blazes southwest of Sydney. The two men, both fathers to 19-month-old children, died at the scene while three other firefighters were wounded.

Prime Minister Morrison said he would be returning to Australia as soon as possible "given the most recent tragic events," in reference to the deaths of Geoffrey Keating, 32, and Andrew O'Dwyer, 36.

"To not be coming home after their shift is a tremendous grief and I applaud the families and the loved ones for their remarkable comprehension of what's been unfolding," Morrison told reporters.

The PM said the pair were "bravely defending their communities with an unmatched spirit and a dedication that will forever set them apart amongst our most courageous Australians."

He added: "Their sacrifice and service saving lives and saving properties will be forever remembered. I wish those injured all the best in their recovery."

In excess of 100 fires are currently burning in Australia's most populous state, New South Wales, which on Thursday declared a state of emergency due to the "catastrophic" conditions.

New Zealand Prime Minister Jacinda Ardern has confirmed that many people remain unaccounted for after a volcano erupted on an island off the coast. Police say they don't expect any more survivors. (09.12.2019)

High temperatures and strong winds are fanning bushfires in Australia. Residents in some areas have evacuated as a precaution. (10.12.2019)