Australia on fire as it marks hottest day ever 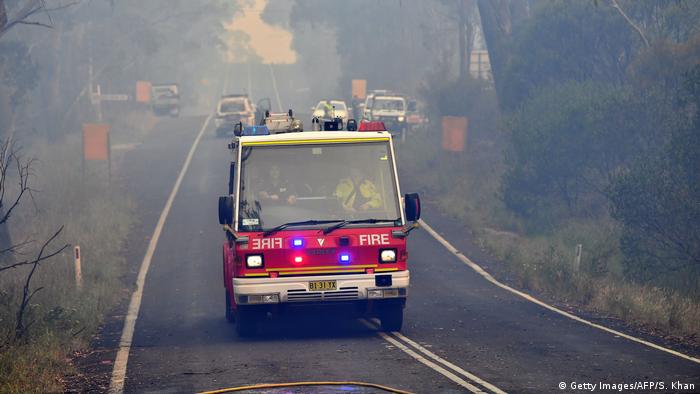 Weather experts in Australia said Tuesday was the hottest day on record.

"The heat has been building, with temperatures tipping more than 45 degrees through much of the interior of Australia yesterday," Diana Eadie from Australia's Bureau of Meteorology said in a video on Wednesday.

The average temperature across the country reached 40.9 degrees Celsius (105.6 Fahrenheit), based on preliminary information.

The hottest place on Tuesday was the town of Ceduna on the west coast of the continent, where the mercury reached 46.5 degrees.

With extreme weather set to continue, however, "this heat will only intensify further," Eadie said.

Australia has been struggling with immense bushfires exacerbated by a long-running drought. The current heat wave and rising winds are increasing the danger this week, according to weather officials.

"Smoke will become a significant issue for populated areas in New South Wales and the Australian Capital Territory," Eadie said.

Where is the prime minister?

Meteorologists predict that temperature in South Australia's small town of Oodnadatta will reach 47 degrees on Wednesday, making it one of the hottest places on the planet. This would still fall short of the 50.7 degrees measured in 1960, a heat record for the Australian continent.

"It's just another very hot day," resident Hayley Nunn told the Reuters news agency. "I grew up here, I'm used to the heat. You cope but it's not fun."

The heat and bushfires prompted protests for more government action against global warming in Australia. Climate protesters planned a rally in front of the residence of Prime Minister Scott Morrison in Sydney on Thursday to highlight his absence.

Morrison left the country this week for an undisclosed location. Some reports indicated he was taking a family vacation in Hawaii. His office refused to confirm it, citing security concerns.

Thousands of people have been ordered to evacuate following warnings of flash floods and landslides amid heavy torrential rain.

Australia's weather bureau said the weather phenomenon known as La Nina has developed in the Pacific. It is the second year in a row and could result in larger wheat yields.