Australian Prime Minister Scott Morrison has responded to reports of a Chinese ban on the key Australian export with a warning. The rumored move comes as relations between the two Pacific nations continue to deteriorate. Australian Prime Minister Scott Morrison called China's rumored move to not approve Australian coal imports a "lose-lose" situation on Tuesday and said it would be a breach of World Trade Organization (WTO) rules.

The prime minister's comments came in response to a report by the Chinese state-owned Global Times newspaper that the country's National Development and Reform Commission had given the go-ahead for coal imports without restriction, with the exception of coal from Australia.

Relations between China and Australia have deteriorated in recent months, especially from the fallout of Australia's call for an independent inquiry into the initial outbreak of coronavirus in China. 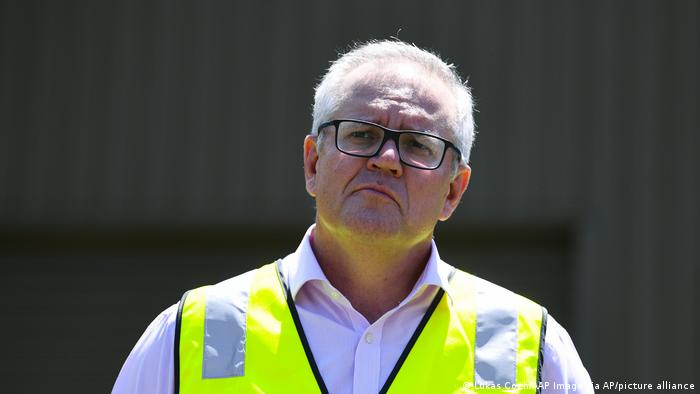 The strain between the two countries has struck Australian exports, including its most lucrative coal and iron ore exports.

A breach of international trading rules

In light of the fact that the Chinese government has not yet announced the banning of Australian coal as an official policy, Morrison said he was treating the report as "media speculation."

However, the news sparked concerns and the Australian prime minister highlighted the possible breach of international trade rules.

"If that were the case, then that would obviously be in breach of WTO rules,'' Morrison told reporters. "It would be obviously in breach of our own free trade agreement and so we would hope that's certainly not the case."

Australia was already close to finalizing a complaint with the WTO regarding Chinese tariffs on Australian barley imports.

The reported ban followed well-documented delays in offloading coal from Australian ships at Chinese ports, which was part of what Trade Minister Simon Birmingham referred to as "a pattern of disruption."

The Chinese embassy in Australia last month laid out a list of 14 grievances with Canberra — everything from limiting Chinese tech giant Huawei's role in Australia's 5G network, to what China called "peddling lies" about abuses of the Uighur Muslim community in Xinjiang, or "siding with the US' anti-China campaign" regarding the coronavirus.

Morrison warned China of knock-on effects of banning Australian coal, saying: "If a perception emerges that there is a conflation between political issues and a trading relationship... That can create a lot of uncertainty for many other trading partners."

China's Foreign Ministry has accused Cheng Lei of carrying out "criminal activities," in the first official comments on the case since the reporter's arrest. Beijing has said the journalist's rights are "guaranteed."