The number of attacks on Muslims and mosques has fallen significantly in Germany, new figures show. But lawmakers warn the country is still failing to include its Muslim community in society. 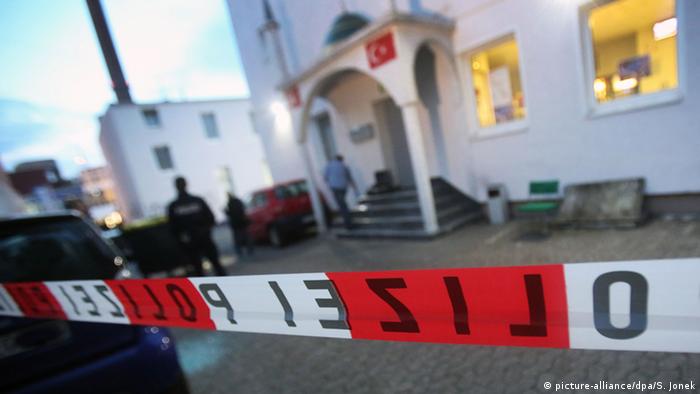 In the first six months of 2018, there were 320 offenses committed against Muslims, mosques and other institutions associated with Islam in Germany, according to information from the Interior Ministry. That's significantly lower than the nearly 500 cases reported during the same period in 2017.

The attacks range from assaults and verbal slurs to threatening letters and property damage.

The government figures were released as part of a response to a parliamentary question by the Left party and reported by the Neue Osnabrücker Zeitung newspaper on Wednesday. The bulk of attacks could be attributed to right-wing extremists, the newspaper said.

Bundestag member for the Left party Ulla Jelpke said the decline was a promising sign, but warned against complacency.

"Social solidarity with fellow Muslim citizens is still missing," she said. "Those who continue to declare Muslims foreigners are just stirring up mistrust that ultimately leads to these kinds of crimes."

Although the overall number of incidents went down, there was an increase in the number of people wounded in anti-Muslim attacks — up from 18 in the first half of 2017 to 25 in the first six months of 2018.

In 2017, there were more than 950 attacks on Muslims and Muslim institutions in Germany. However, the country's Central Council of Muslims said it was unlikely the statistics covered the full extent of xenophobic crimes because many attacks simply go unreported.

Germany has seen a marked reduction in the number of attacks on refugees and migrant shelters in 2018. Lawmakers have welcomed the lower numbers, but warn of an ongoing "intolerable state of everyday racism." (12.08.2018)