With the growing number of Muslims, and a series of failed terror attacks, distrust of Islam is rising. Fewer than one-fifth of Germans believe Islam is compatible with German culture. 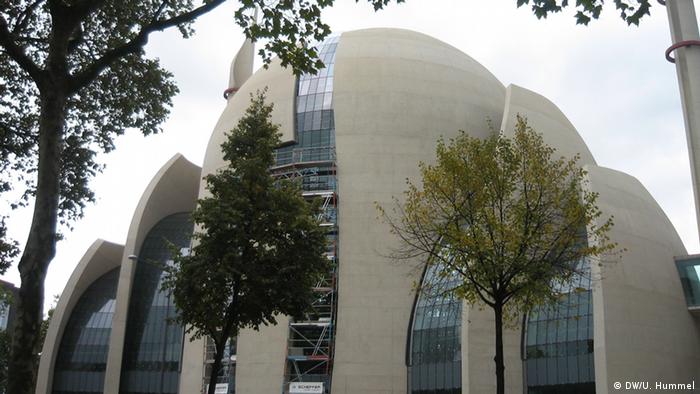 The cashier at the supermarket wears a headscarf, copies of the Koran are handed out on the streets, and mosques have become part of some cities' landscapes. Islam appears to be encroaching on life in Germany and that bothers a lot of people.

"For decades, woman fought for equal rights, and we have attained something. And now, women are choosing to wear headscarves. I don't want that and it scares me," a unversity-educated woman from Cologne says.

Her attitude is not uncommon. In the long debate over the new Cologne Central Mosque, which will be one of Europe's largest, fear and distrust of Islam have come to light and are widespread. 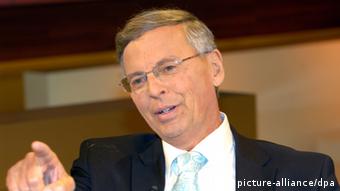 Christian Democrat (CDU) politician Wolfgang Bosbach sees no general fear of Islam within the society, however, but rather a justifiable fear of Islamists who are ready to commit acts of violence. An estimated 40,000 Islamists live in Germany. A small, but significant, number of them are prone to violence.

Eight foiled and failed terrorist attacks have made it clear that the threat is real in Germany, Bosbach says. Security agents say these people represent a very small group of people - fewer than 1 percent of Muslims are Islamists. But they shape the obviously negative image of Islam and Muslims, which leads to widespread prejudice and fear that can lead to anti-Islam sentiment. 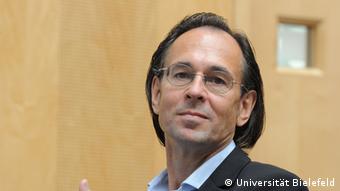 Over a period of ten years, the University of Bielefeld carried out a survey, which dealt with different aspects of attitudes to Islam. The survey showed that the mistrust of Islam is relatively widespread in Germany. Only 19 percent of Germans believe that Islam is compatible with German culture.

"That is the lowest (figure) that we found in Europe," says social psychologist Andreas Zick, who led and evaluated the study.

The survey also showed that 46 percent of all Germans say there are "too many Muslims" in Germany, and around 30 percent had specific concerns, for example, terrorist attacks.

The majority of Muslims who live in Germany are peaceful. Some major events have played a role in shaping the overwhelmingly negative image of Islam. After the September 11 attacks, certain stereotypes, opinions about the attitudes of Muslims, became deeply rooted in society, Zick said.

"Even so many years after the terrorist attacks (...), many people still associate Islam or Muslims with terrorism, with Sharia law, with a foreign religion, which doesn't fit in Germany," he said.

Some people actually feel something akin to fear and have the feeling that the situation is spiraling out of control, he said. Many people become influenced by populism. "Since the terrorist attack, we have new politicial movements that agitate against the alleged threat of Islam and Muslims," he said. 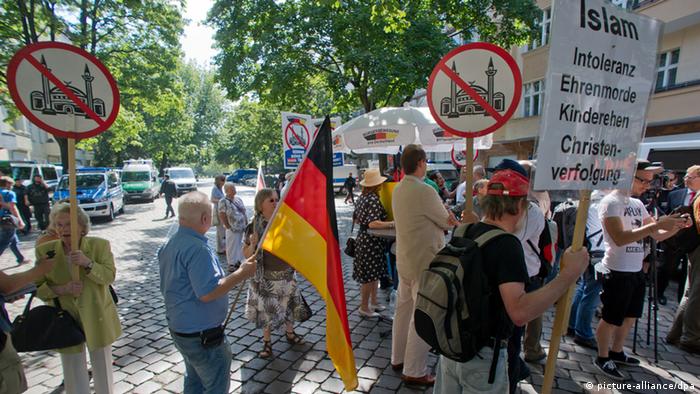 An example of right-wing parties are "Pro NRW" and "Pro Deutschland," which have campaigned against the construction of the "mega-mosque" in Cologne and elsewhere with aggressive posters and confrontational language. The message between the lines is clear: Islam is dangerous and there is no place for it in Germany. But not only Islamists are taking advantage of Islam as a religion, right-wing populists are also using it for political purposes.

Detlef Pollack, a University of Münster religion sociologist, said a distinction should be drawn between "fear of Islam" and "hostility toward Islam." That's because a fear of Islam is essentially a very vague feeling, he said, while hostility toward Islam is based on a value judgement. Pollack sees parallels between xenophobia in the early 1990s and anti-Islamic sentiment today in that both are based on social structures.

Has fear been turned into a taboo issue? 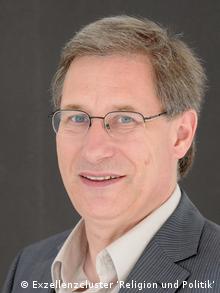 It is important to try to understand why the fear of Islam is more widespread in economically well-placed Germany than in other European countries. Pollack believes that it could have something to do with how German society works.

"A lot of what is seen as the problems of living with different ethnic or religious groups isn't actively discussed in the open," he said.

It would be typically German not to address problems directly, he said. This leads to a tendency to sweep some things under the carpet.

"And then someone is surprised that there is a high degree of prejudice, of fear, the fear of being threatened," Pollack said.

But if fears are not clearly articulated, then they cannot be dealt with. Dealing with fears constructively can help by potentially influencing people with rational arguments, which can help tackle fear. And information and education are just as important as the contact between people from different backgorunds and religions. The imminent opening of the mosque in Cologne, early this year, could to some degree contribute to reducing fear if it takes place in an environment of openness and trust, he said.

Will Malala's influence stretch to Europe?

Malala Yousafzai may be the most famous teenager in the world. Just out of hospital three months after a brutal attempt on her life, the young Pakistani girl could become a role model for girls around the world. (18.01.2013)