At a glance: The Compact with Africa

The key pillar of Germany's flagship Africa Partnership G20 project aims to improve economic conditions across the continent in areas like private sector investment. DW takes a look at what this means for Africa. 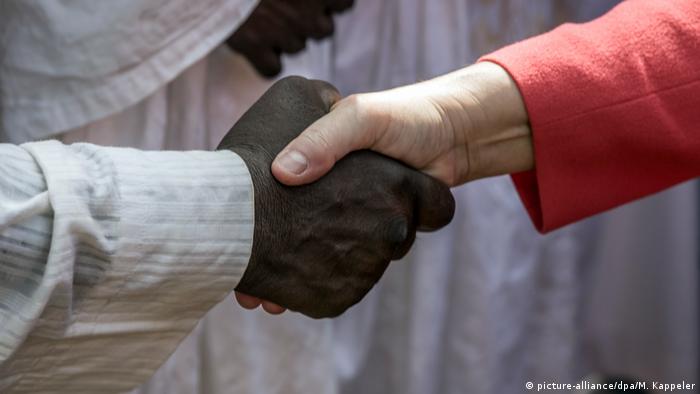 What is the Compact with Africa?

According to the German government, the Compact with Africa will work to increase sustainable private sector investment, as well as improving infrastructure and tackling unemployment. In order to achieve this, a number of African countries are partnering with the G20, the World Bank, the International Monetary Fund and the African Development Bank to negotiate a specific action plan for each state. The countries would then commit to implementing reforms which would increase their investment potential, while their international partners would assist with economic issues, offer technical expertise and help lure investors to the region.

Which African countries are involved?

Currently the Ivory Coast, Morocco, Rwanda, Senegal and Tunisia have registered their interest with the G20, with more countries likely to follow suit. Compact with Africa is expected to continue following the end of Germany's 2017 presidency, with talks already being held with 2018 president Argentina.

Why is the G20 so concerned about private investment?

Africa's population is growing rapidly – by 2050 an estimated 2.5 billion people will live on the continent, almost twice as many as there are now. By 2030, approximately 440 million people will be looking for work. The African economy needs to grow if it is to accommodate this boom. However existing conditions in many countries will make this difficult to achieve if things do not change. Only130 billion US dollars (115 million euro) a year would be enough to expand African infrastructure – roughly equivalent to the total amount of public aid for the continent. Private investment would hopefully fill this gap and give African countries a head start.

Are there risks involved?

One of the prerequisites for the Compact with Africa is that participating African countries will implement their reform promises. For this reason, investors are currently avoiding states which are politically unstable, or where corruption is rampant. It is also unclear exactly how many investors the project will attract. The interest of German companies in Africa remains low, largely due to the fact that there are not enough customers with sufficient money to purchase their products.

What do Africans think?

On principle, many believe the Compact with Africa to be a good idea. However they caution that the program should not be applied to the whole continent as it will not function properly in so-called crisis countries. They also want to see investment benefit the population directly, by encouraging fair wages and adhering to environmental standards. In addition, development organizations have long demanded that trade relations between Africa and Europe should operate more fairly. The European Union (EU) has been accused of cutting off imports from Africa, but this can only be remedied with cooperation with EU member states.

The G20 wants to support private investments in Africa through a 'Compact with Africa.' The aim is to provide jobs and higher standards of living. But what do people in Africa think about the plan? (08.06.2017)