The region's chocolate consumption is growing at a rapid pace, offering the mature industry an attractive and relatively untapped market. But how is this impacting global supplies and trends, and is it sustainable? 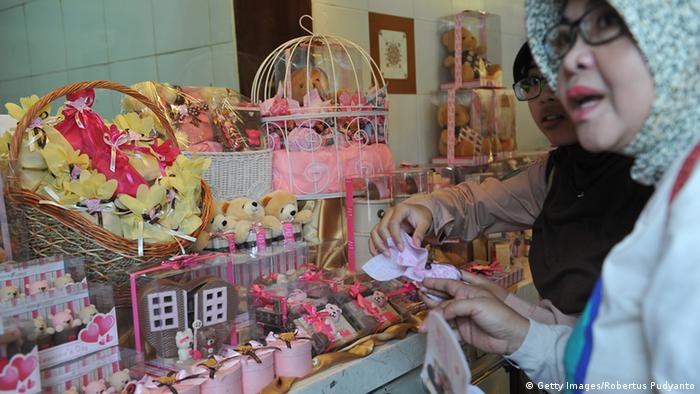 The announcement in the middle of this year that Hershey's and Mars Inc. were going to raise the prices of their famous sugary treats, in order to keep up with global demand and a spike in cocoa prices, sparked panic that supermarket shelves might soon be empty. Cocoa's shortfall already reached 70,000 metric tons in 2013.

By 2020, both Mars and the world's largest chocolate manufacturers, Barry Callebaut, say that gap could widen to one million. In a statement, Mars blamed "increasing economic and environmental pressures on cocoa farms around the world," with figures published by the International Cocoa Organization (ICCO) showing Europeans consumed almost half of the world's chocolate in 2008.

But while demand is slowing in the well-established European and North American markets, it's a different story altogether in Asia. The chocolate market in North America, for instance, is expected to grow at around eight percent in the next five years. And the corresponding figure for Western Europe stands at less than five percent.

In contrast, Asia-Pacific region's chocolate market will increase by around 23 percent to some 16.3 billion USD by 2018, statistics from market researcher Euromonitor International show. Michael Segal, spokesman for the International Cocoa Organization, says this is due to "the rise in affluence of the middle class in the countries of the region, and an increase in demand for chocolate from this sector of the population." 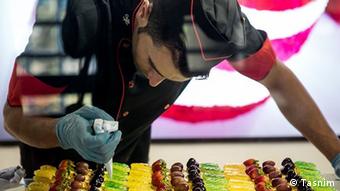 Chocolate is still relatively new to the region, with numbers putting the average amount of the treat consumed per person across the Asia-Pacific in 2013 at around 200 grams. This amount pales in comparison to the world's biggest importer of cocoa, the United States. The country accounted for 20 percent of the world's net imported amount in 2010-11.

"The Asian market is growing very fast as people are very fond of chocolate," says Phillip Daue, a chef with premium Belgian chocolatier Godiva. Changing preferences are also to blame, says analyst Helen Reavall in a blog post on the Euromonitor site, saying sales are likely to increase "as tastes become more Westernized." Further contributing are rapid urbanization and an expanding middle class, meaning not only that the desires of people in developing countries are changing, but that they now have the means to fulfill them.

Unsurprisingly, the leaders of Asia's chocoholic charge are also the region's biggest: China and India. For instance, sales of the sweet stuff doubled in China in the four-year period between 2006 and 2010 alone. "China, by sheer size, is going to be the most important and significant example of this," Euromonitor's head of food research, Lee Linthicum, said in 2011, referring to the country's growing chocolate appreciation.

Hershey's takes a similar view of the sector, forecasting that China will become its second-largest market after the US by 2017. Not to be left out, India has shown similar growth, with consumption increasing by 15,000 to 40,000 tons in 2014. This in a country where around one in two people have never even tasted it.

But all these new chocoholics are having an effect on the industry at a global level, with the price of cocoa beans skyrocketing to 3,371 USD a ton in September of this year. Chef Daue says "the availability of cocoa beans to meet the growing demand for chocolate will become all chocolatiers' biggest challenge worldwide."

Euromonitor, meanwhile, states that worldwide demand has steadily increased at just under three percent per annum, and attributes the desire for cocoa powder in particular to "the change in global consumption patterns in emerging countries," specifically the "millions of new consumers" living across Asia.

Asian palates, however, differ to those of Europeans and Americans, preferring lighter, sweeter desserts. Nestlé's spokesperson Meike Schmidt says these products are usually powder-based, and contain less cocoa. Moreover, with the market being so new, industry guidelines - such as whether "compound coatings" made of cocoa-powder can be called chocolate - are less restrictive. "In developed markets the legislation is quite clear but in the developing markets there's a bit more freedom to operate," says Marcel Nouel, product line manager for cocoa powder at the American-based Cargill chocolate company.

Meanwhile, the rest of the world has helped popularize darker chocolate, which can require more than 70 percent cocoa by volume in a normal-size chocolate bar.

Nestlé says one of the unique challenges of the Asian market is the region's climate, with many countries having a tropical climate and non-refrigerated storage conditions. "Nestlé, like other companies, is interested in finding ways to make a chocolate product that is able to retain its shape above the usual melting temperature of chocolate, while still having a good taste and texture."

Furthermore, Asia has quickly assumed a major role in the production of chocolate. Indonesia, in particular, has risen to become the world's third-largest producer of cocoa, following Ghana and Ivory Coast. Many companies also maintain chocolate plants in the region, such as Mars in Vietnam, and Cadbury in Singapore. 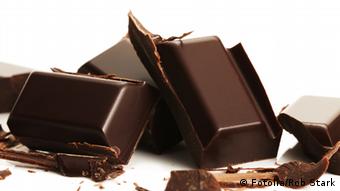 Many are also planning to expand operations in Asia to deal with the increasing demand; Zurich-based Barry Callebaut says since 2009 it has doubled its capacity, while Cargill has plans to construct a new 70,000 ton plant in Indonesia.

The ICCO's Michael Segal, however, says that most cocoa and chocolate producing facilities are built to serve local demand, as the process is very expensive. "Chocolate is almost always produced and consumed locally or at least regionally," he says. "Local markets are a better bet for a decent return on the investment required in processing the beans."

As consumption continues to rise, more facilities will likely be built across the region dedicated to serve Asia's love of chocolate, as well as the world's. And with demand from the region expected to increase by around five percent by the end of this year, for a region containing more than half the world's population, that's a lot of new chocoholics.