The Pakistani woman cleared of blasphemy charges remains in jail, and is banned from leaving the country. With an appeal launched against Asia Bibi's acquittal, her lawyer fled the country after receiving death threats. 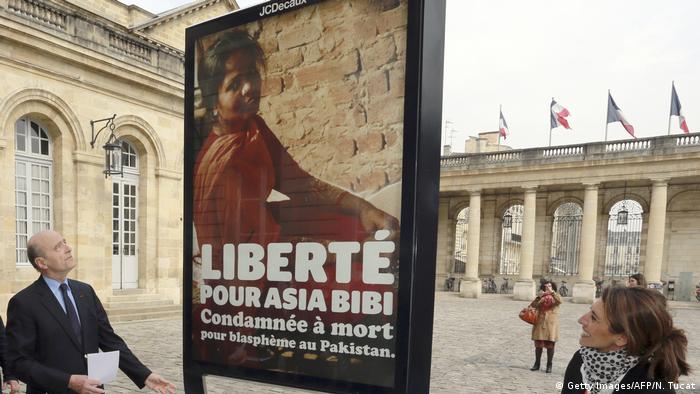 Saif-ul-Mulook, the lawyer for Aasiya Noreen — better known as Asia Bibi — said on Saturday he was not surprised when Islamist hard-liners appealed against her acquittal on blasphemy charges.

She has also been put on a no-fly list, to prevent her leaving the country.

Mulook said that the Islamist response was "unfortunate but not unexpected," and criticized the actions of the government, headed by Prime Minister Imran Khan, who had initially appeared to back the court's acquittal judgment. An agreement made with protest leaders on Friday specified the government would not object to an appeal against Bibi's acquittal.

"What's painful is the response of the government. They cannot even implement an order of the country's highest court," Mulook said. He added, "The struggle for justice must continue." 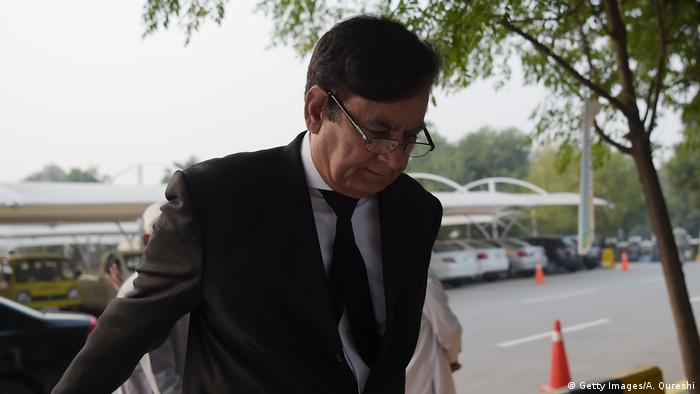 Acquitted but still in jail

Bibi, a Roman Catholic former farmhand from a rural village in Punjab, remains in jail, where she had been on death row since 2010. Pakistan's Supreme Court acquitted Bibi of all charges on Wednesday because of insufficient evidence.

The court's acquittal decision led to three days of protests, and the filing of an appeal against her acquittal by Islamist extremists. "We have requested the Supreme Court put Asia Bibi on the Exit Control List as soon as possible so that she could not fly out of the country," said the lawyer who filed the case against Bibi.

"We fear that she would be flown out of the country so we have asked the court for an early hearing of the case." The lawyer added he would "exploit all legal remedies to make sure Asia Bibi is hanged according to the law," despite the acquittal from the country's highest court.

Bibi's whereabouts are being kept secret. Shahid Saleem Baig, Inspector-General of Prisons in Punjab province told DW: "Asia Bibi is in jail and her location can not be disclosed for security reasons amid public sentiments raised by religious zealots demanding the court to reverse its verdict."

Bibi's lawyer said he would be continuing his work on her behalf from outside Pakistan, after receiving death threats.

"In the current scenario, it's not possible for me to live in Pakistan," the 62-year-old lawyer said before boarding a plane to Europe on Saturday. "I need to stay alive as I still have to fight the legal battle for Asia Bibi."

Concerning his client's safety, Mulook said, "Her life would be more or less the same, either inside a prison or in solitary confinement for security fears" until a decision on the appeal against her acquittal.

Bibi's husband and their five children had been the only Christians in their village. He has been forced to move regularly for his family's safety.

Militant Islamists who regard blasphemy as a heinous crime have increased their political strength in Pakistan in recent months. Not only did the Tehreek-e-Labbaik Pakistan party (TLP) lead three days of protests, it also polled more than 2.23 million votes in the July elections.