In a series of Tweets, Donald Trump renewed fire at his Attorney General Jeff Sessions, seemingly next on the president's chopping block. He also alleged that Ukraine aided Clinton's presidential campaign. 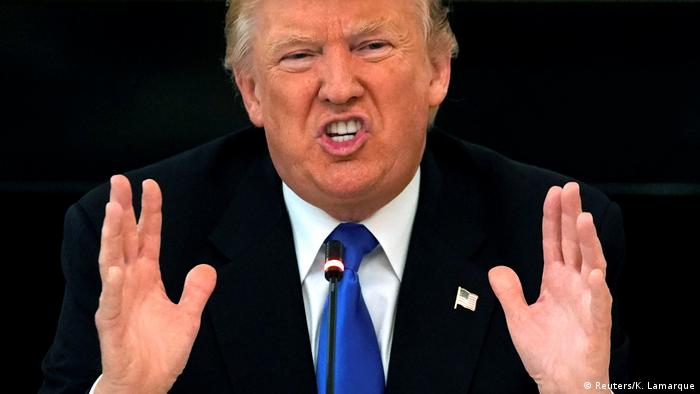 In a barrage of messages posted on Twitter on Tuesday, US President Donald Trump said that Ukraine sought to sabotage his 2016 presidential bid by aiding his Democratic rival Hillary Clinton and asked why his Attorney General Jeff Sessions was not investigating the matter.

He also issued a series of Tweets related to the ongoing investigation into possible collusion between the Trump presidential team and the Russian government, the Congressional Republicans' push to repeal Obamacare, and a "major Trade Deal" with the United Kingdom that he described as in the works.

Trump, who has described the probes into his own campaign's links to Russian officials as a "witch hunt," turned towards Ukraine's government, accusing the eastern European nation of working for the Clinton campaign.

The president provided no additional information, though he tagged Fox TV host Sean Hannity, who has repeatedly referred to a Politico report from January 2016 on the subject. Trump, not unlike Hannity, has sought to portray the alleged Ukrainian case as evidence of double standards on foreign interference in the US election.

Trump also lambasted his own attorney general - who recused himself from the Russian investigation into Trump, to the president's distaste -  calling his position "VERY weak" when it came to "Clinton crimes" and "Intel leakers."

During the presidential campaign, cyber attackers breached the DNC server in what was later determined to be a top-down Russian-ordered hack.

Also on Tuesday, the Senate Judiciary Committee issued a subpoena to Paul Manafort, forcing him to testify in a Wednesday hearing as part of the investigation into whether the Russians sought to influence the 2016 presidential election. Manafort met with bipartisan Senate staff later in the day to address the topic. 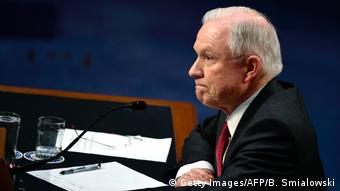 Jeff Sessions testified before the Senate Select Committee on various meetings he had with Russian officials. He denied all charges of collusion.

Sessions on the chopping block?

Though Sessions was once a key member of Trump's inner circle, his relationship with the president has suffered a sharp blow in recent days, with the president describing the head of the justice department as "beleaguered" and expressing anger that Sessions recused himself from the ongoing investigation into Russia and the Trump and campaign. Trump is rumored to be contemplating firing Sessions, and speculation exists that Sessions may resign before getting the ax – though he has previously vowed to stay on in his position.

Trump's other tweets fired off immediately after those on Clinton, Ukraine and Sessions primarily addressed domestic issues.

The US president has been calling on Republicans lawmakers to dismantle Obamacare, originally calling for it to be repealed and replaced and later then just repealed, as draft legislation has stalled in the Senate amid opposition from both moderate and right-wing Republicans. As in several previous Tweets, Trump on Tuesday both challenged and urged Republican Senators to vote in favor of the current legislation.

Trump also announced that a "major" trade agreement was in progress between the US and the United Kingdom. Trump supported the Brexit movement to have the UK leave the European Union (EU) - with the referendum campaign in the UK coinciding with his own. However, no bilateral trade deal between the UK and any other country can be signed until the UK departs from the EU in March 2019.

The UK's International Trade Secretary Liam Fox is currently meeting officials in Washington to discuss the potential for a future trade agreement.

Paul Manafort, campaign chairman for US presidential candidate Donald Trump, has resigned amid allegations linked to his work in Ukraine. Trump called him "a true professional." (19.08.2016)