As Russia battles coronavirus, its military pushes ahead with recruitment | Europe | News and current affairs from around the continent | DW | 29.11.2020 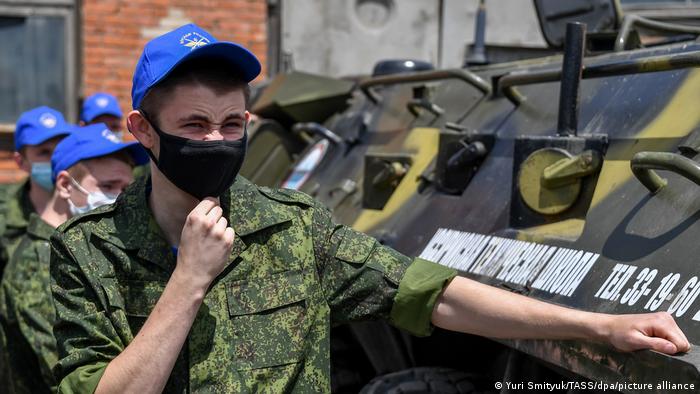 Thousands of new recruits are set to enlist in Russia's military this year, despite the ongoing coronavirus pandemic. By the end of 2020, some 263,000 personnel will have been conscripted to the 1-million strong Russian military.

Drafting new conscripts was put on hold for about six weeks during the first wave of the pandemic in the spring. As a result, 135,000 young men had to be examined by medics and assigned to their posts in just two months, rather than the usual three-and-a-half months.

Read more: Volunteers are a driving force to help doctors in Russia

"The fact that the enlistment plans were not shortened at the time led to serious problems in the spring — and that will happen again now," said Alexander Gorbachev, a lawyer with the human rights organization Soldiers' Mothers of Saint-Petersburg.

The nongovernmental organization has received numerous complaints of violations at enlistment offices, with most pertaining to neglected hygiene and pandemic-related guidelines. There are also indications that the rights of conscripts have been violated.

The Defense Ministry releases daily figures on how many members of the military have become infected with COVID-19, and how many have recovered. Around 4,500 cases have been reported since March. According to the Defense Ministry, that figure has been increasing by around 260 infections per day for the past 10 days. 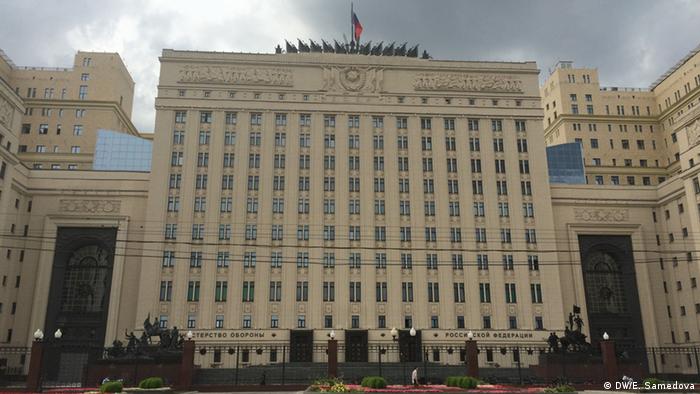 Ivan*, 25, is among those who has turned to Soldiers' Mothers of Saint-Petersburg for help. He has suffered from cardiovascular problems and fainting episodes for years, and has repeatedly been called to enlistment offices for medical examinations. At every appointment he explained his medical condition, only to have recruitment officers tell him he would have to come back until he turned 27.

During his last visit, this past summer, Ivan had to take a psychological test. The military doctor certified he had a "cognitive disorder" and explained that nobody could join the military "with such a result."

"Nevertheless, they called me a few days later and said I was fit and had to report for duty," said Ivan. He has contested the decision in court; the case is yet to be determined.

Anna* comes from the St. Petersburg suburb of Vsevolozhsk. She was not allowed to enter the enlistment office there as a representative of her son due to coronavirus restrictions in place. At the same time, however, according to Anna, young men reporting for service at the office were "crowded in like sardines."

Anna is concerned that enlistment offices could be using the pandemic to restrict the rights of conscripts. She fears that in her absence, employees at the office could "accidentally lose" her son's original medical records showing that he did not have to complete military service.

According to Gorbachev, it's mostly in the large cities where authorities have employed these kinds of tricks. "It's important to know that in many regions of Russia, young people are enthusiastic about joining the army," he said, adding that young people in Moscow and St. Petersburg are generally more aware of their legal rights. 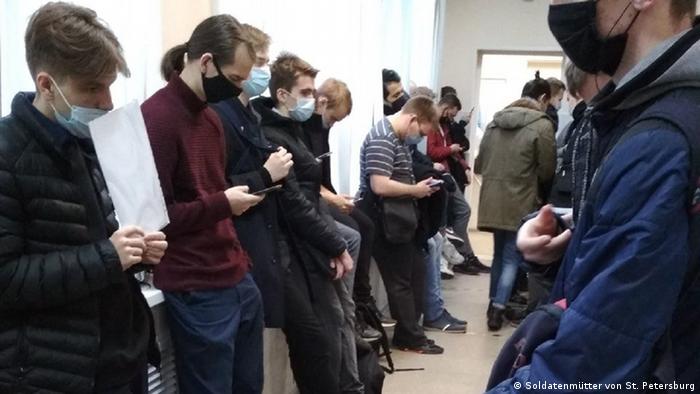 For some conscripts, the pandemic has made military service a little easier, said political activist Pavel Krisevich. He was conscripted into the army in 2019 and ended his service in the spring, in the middle of the first wave of the pandemic.

"Most sporting events take place in the months of April and May usually, and I worked in an army sports unit. But because of coronavirus, everything was canceled and all of us soldiers were allowed to sleep in on weekends," he said.

However, said Krisevich, the companies responsible for medical care and chemical disinfection have more to do. Among their increased duties: performing temperature checks of their colleagues, manning field hospitals and cleaning surfaces clad in protective gear.

But in the view of the Soldiers' Mothers of Saint-Petersburg, the measures the Russian military has taken to curb the spread of COVID-19 are both inadequate and ineffective. In a recently published report about the spring recruitment process, the rights group recommended reducing the number of overall conscripts and cutting back on enlistments during the pandemic.