As Britain votes, the economy hangs in the balance | Business | Economy and finance news from a German perspective | DW | 12.12.2019

As Britain votes, the economy hangs in the balance

The main parties in Thursday's UK election have pledged major public spending hikes, but will it be enough to heal the self-inflicted Brexit wound? Britain may even need an extra shot in the arm as global growth slows. 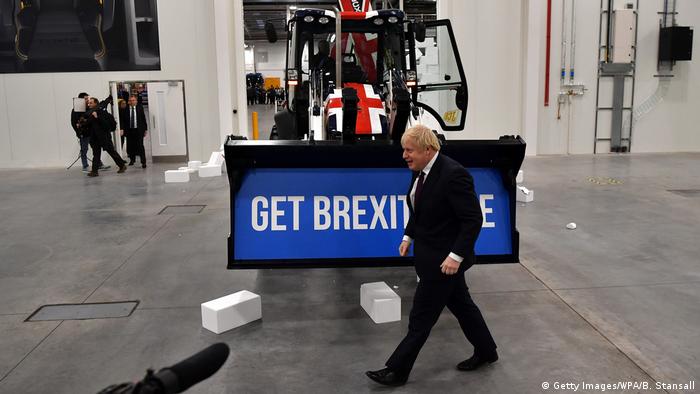 The United Kingdom votes on Thursday on whether to give Prime Minister Boris Johnson a mandate to "get Brexit done" or back his left-wing rival Jeremy Corbyn, who has vowed to renegotiate Britain's EU divorce deal yet again and hold a second referendum.

The two leaders have promised an end to a decade of austerity with Corbyn's Labour Party promising a raft of populist measures, including a huge public spending boost worth 55 billion pounds (€65.5 billion $72.3 billion) a year.

The currency markets are already cheering a likely win for Johnson's center-right Conservatives; the British pound is up in anticipation, and most polls give the party an 8-10 point lead. A strong win for Johnson would bring an end to three-and-a-half years of Brexit paralysis, allowing for his renegotiated EU divorce deal to be passed by Parliament. Britain's economy should also receive a small boost, most analysts predict.

"In the case of a narrow or substantial Conservative Party victory, there is likely to be some sort of economic benefit from ending the uncertainty over Brexit," Iain Begg, professorial research fellow at the European Institute, London School of Economics and Political Science, told DW. However, he said the gain from delayed investments may be short-lived.

Johnson, who campaigned ferociously in 2016 for Britain to leave the EU, still insists the outcome has had little effect on the UK economy. But a preelection report, published this week, reaffirms other evidence that Brexit has already cast a long shadow over economic growth and will continue to inflict pain for many years.

Britain's GDP is already 2.9% smaller than if the country had voted to remain in the EU, according to data from the National Institute of Economic and Social Research (NIESR). The London-based research house said Britain can expect a further 3-4% hit to GDP in the long term if Johnson's renegotiated divorce deal clears its parliamentary hurdle and the country leaves the EU at the end of January.

Although Britain will save 10 billion pounds a year from its contribution to the EU budget, public finances are predicted to fall by 20-40 billion pounds in the long run, NIESR warned. 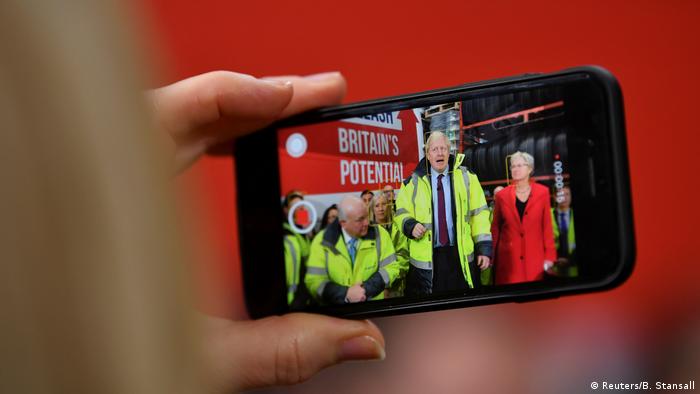 "All the credible research suggests we can expect negative effects from whatever new barriers are erected between the UK and the rest of the EU," Begg said.

UK exporters who rely on the EU market — the UK's biggest trading partner — will likely discover new obstacles to trade, he noted, while imports from the bloc risk becoming more expensive due to tariffs.

Begg warned of a longer-term effect on foreign direct investment. In the automotive industry, for example, new investment around the transition to electric vehicles could be vulnerable.

Despite Johnson's belief that Britain can speedily define its new relationship with Brussels and agree on a far-reaching trade deal, most analysts see negotiations lasting several years. The best Johnson can achieve, they say, is to extend the transitional period where Britain remains in the EU's single market and customs union, past the end of 2020.

If Britain picks a minority Conservative government or a Conservative coalition on Thursday, another research consultancy, Capital Economics, says it would be the worst outcome for the economy as the Brexit bottleneck would roll on.

No boost to Labour from spending plans

Insufficient numbers of voters, meanwhile, appear convinced by the main opposition Labour Party's Brexit alternative or its plans for a massive Keynesian boost to Britain's public finances. Corbyn's plans would take public spending back to levels not seen since the 1970s — the equivalent of 2.6% of GDP — and would hike investment in environmental and other infrastructure projects.

A decade of slow wage growth and deep austerity that impacted health, education and crime rates, is widely thought to have contributed to some voters' desire to leave the EU. But while Labour's plans have narrowed the gap somewhat with the Conservatives, last-minute swings in voter support tend to benefit their rivals.

Begg told DW that Labour's spending proposals have not been realistically costed and risked a severe worsening of the country's 41.5 billion pound public sector deficit. If the party wins Thursday's election, he warned that "economic reality would kick in very rapidly" after an adverse reaction from the financial markets. 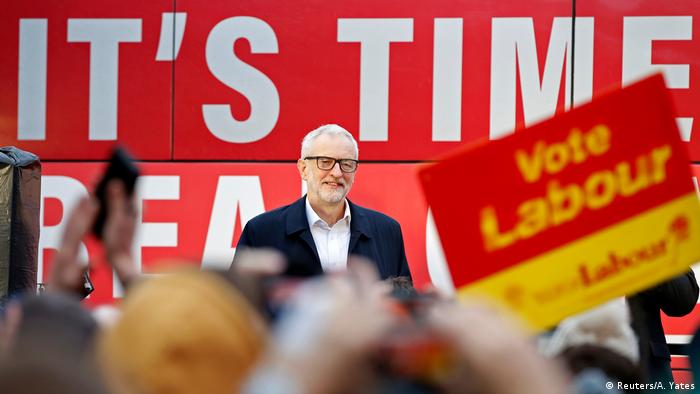 "If that's done with some compensation for existing shareholders, the bill could be enormous. If it's done by some form of expropriation, the damage to the British economy through deterring foreign investment will be considerable," Begg said.

Capital Economics agreed, saying in its research note that the economic benefits from Labour's public spending boost would be offset by the party's anti-business policies.

The Conservative's spending plans, while more muted, would amount to about 20 billion pounds extra per year, or 1% of GDP. But some economists believe a further boost would be required to cope with the expected global downturn next year, just as the EU transitional period gets underway and a new threat of a disorderly EU exit emerges at the end of 2020.

"The best result for the economy and financial markets also happens to be the most likely, namely a Conservative majority and a big fiscal stimulus," Capital Economics wrote in its pre-election research report. It says UK equities would likely get a 5% boost and the pound could benefit further from a "relief rally."

Begg, however, sees the British economy moving "at a very slow rate" rather than its long term trend of 1.5 to 2% growth in the short term at least.