One of Germany's most significant artists, Gerhard Richter, has criticized Chancellor Angela Merkel's open-arms policy towards refugees, which he finds "dishonest." 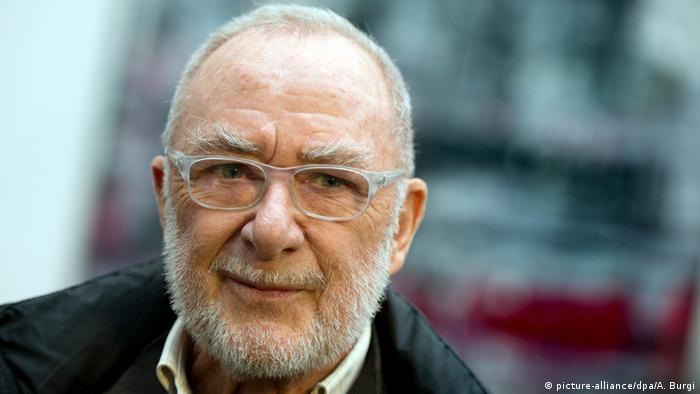 German visual artist Gerhard Richter, whose works of arts have broken several auction records, criticized Chancellor Angela Merkel and President Joachim Gauck's attitude towards refugees in an interview that was published on Tuesday.

The artist, who has dealt with Germany's past and present issues in his works, was asked about his views on the country today. The question led him to say that "every country has problems with this huge wave of immigration."

"I'm a little more skeptical than Mrs. Merkel, when she says, 'We can do this,'" he commented, adding: "I've never had anything against foreigners, but when I'm told we have to welcome everyone, that's dishonest." He said Merkel's famous slogan were just empty words.

The interview was conducted by the art curator Anders Kold in the artist's studio in Cologne in September. Part of a series by the Louisiana Museum of Modern Art, located near Copenhagen, the interview was published on their video channel on Tuesday.

Reacting to similar criticism throughout the country, Merkel also announced in September that she would be dropping her slogan "We can do this" from her speeches - insisting her approach towards migrants wouldn't change, however.

The horror of the Holocaust is a theme that painter Gerhard Richter has addressed for decades. Now his “Birkenau” works are on display in Baden-Baden, juxtaposed with documentation and survivors’ memories of the Shoah. (02.05.2016)