Artificial intelligence creates perfumes without being able to smell them | Science | In-depth reporting on science and technology | DW | 31.05.2019

Noses are overrated: In June, a perfume created by a computer system will be launched on the Brazilian market. The artificial intelligence involved combined ingredients in a manner unthinkable to most humans. 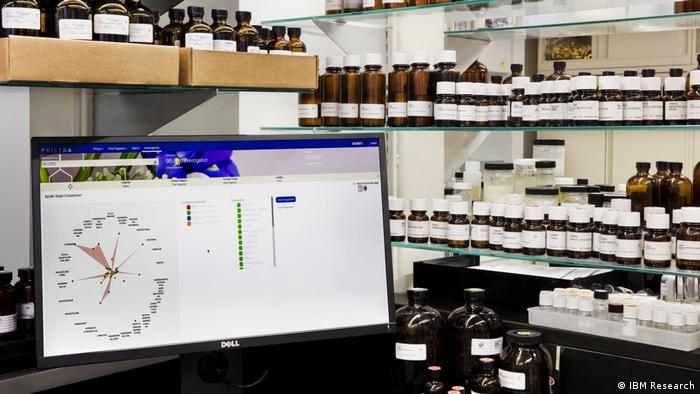 The artificial intelligence is called 'Philyra' - and its developers and users agree on one thing: It is female. "I spent a lot of time with her and see the programme as a 'she', that makes it easier," perfumer David Apel  says jokingly.

But of course artificial intelligence has neither consciousness nor gender. It's just a computer system, a network of artificial neurons, created to store, process, and recombine large amounts of data. It can't smell or analyse fragrances in the air. Nevertheless, Philyra is the new employee at fragrance manufacturer Symrise in New York.

"I trained her and now she's training me," says Apel, who has worked as a perfumer for 39 years. Philyra's artificial intelligence was developed through cooperation between Symrise and IBM Research.

At Dia dos Namorados on June 12, Brazilian Valentine's Day, Philyra's first creation hits the market. The perfume is aimed at millennials, people born in the 1980s or 1990s. 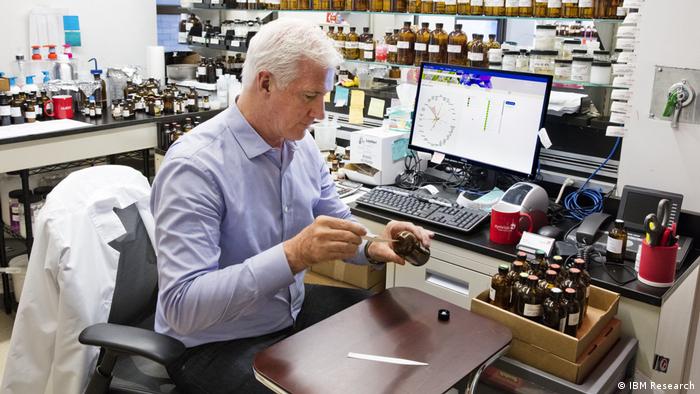 David Apple is not afraid that Artificial Intelligence will one day make him unemployed.

Putting together a perfume works much like cooking a dish. According to Apel, about 1300 basic substances, also known as scent building blocks, are available to a perfumer.

These are partly synthetic fragrances and partly extracts from flowers, fruits, mosses and spices. A perfumer combines several ingredients and adapts the formula until a new and pleasing fragrance emerges.

Philyra bases its knowledge on a database containing the composition of almost 1.7 million perfumes. She also knows in which country, age group and gender a fragrance has sold particularly well. "Between all these creations, she finds space - possibilities that no one has yet exhausted," Apel explains.

At the touch of a button, the computer system spits out new perfume formulas for a specific target group. A perfumer like Apel can then further refine these formulas.

Apel is not afraid that Philyra will take his job away. He sees it more as a collaboration between man and machine. "I get the chance to see perfume formulas that I would never have thought of myself," says Apel. Because knowledge and experience often pose as limits to creativity: "I tend to prefer certain ingredients and want to make a very specific kind of scent," he admits.

Philyra is more impartial in her approach. "It's universal," Achim Daub explains. He is a member of the Executive Board for Scent & Care at Symrise. "Dave, on the other hand, is an American, male, white, has lived in France, now lives in New York - and cultural preferences often get in the way."

More surprisingly, a sense of smell is not all that important in the perfume business, Daub says. "The perfumer who trained me then told me: 'I know what a perfume smells like when I know its composition'. That's exactly what Philyra does."

"This would not be possible without machine learning," says Katharina Morik, a professor of artificial intelligence at the Technical University of Dortmund. Until a few years ago, computers were only as clever as the knowledge they were fed.

A person had to program them, set the rules for them and basically tell them what to do. With machine learning, especially deep learning, a computer system can now suddenly generate knowledge from experience itself, recognize laws in examples and turn these examples into more general rules.

Based on her database, Philyra uses machine learning to find out how the many ingredients in perfumes can be combined, says Joana Maria, a scientist at IBM Research involved in Philyra's development. "She has learned what works well with what, which substance can be replaced by which, and which combinations people in the U.S. or in Asia perceive better," she says.

The cosmetics company O Boticário commissioned Symrise to create three different versions of the perfume for Lover's Day: a version created entirely by AI, a second in which the perfumer made minor adjustments, and a third  in which the AI's suggestion served only as a suggestion; a perfumer created his own formula based on it.

A jury at O Boticário chose the fragrance they liked best without knowing which version was which. "The overwhelming majority opted for the 100% AI generated perfume," says Achim Daub.

The opportunities and challenges of artificial intelligence

Also for sausage or cement

An artificial intelligence that suggests new combinations based on a database is not only helpful in the perfume business. The US spice manufacturer McCormick, for example, uses similar AI software to develop flavors.

McCormick's new product family called "One" for seasoning chicken, pork fillet and sausage is based on this work. "There are also automatic chemical laboratories that produce and evaluate new chemical compounds," says Morik.

Artificial intelligence is also in the process of completely transforming the material sciences. Whether they are experimenting with superconductors, semiconductors for solar cells or compounds for rechargeable batteries, instead of randomly searching for new materials and leaving the discovery of the correct mix to chance then measuring their properties in the laboratory, researchers can use machine learning methods to design entire libraries with possible candidate substances.

In practice, the system predicts the properties of the hypothetical compounds at the same time. From the thousands of proposals for new materials that AI spits out, scientists select those that are realistic and appropriate for the application.

For example, researchers at the University of Illinois, the Massachusetts Institute of Technology (MIT), and IBM Research use this concept to suggest new types of construction concrete that are more environmentally friendly than those currently in use. Their production, for example, produces fewer greenhouse gases or requires less water. However, these materials haven't arrived on the market yet. Here, the perfume industry was simply a step faster.