Artemis I launch to pave way for future moon settlement

2030 will be the decade to watch for long-term settlement of the moon, and potentially Mars as well. But it all starts now, with the launch of Artemis I.

Artemis I is an uncrewed test mission, but it's the first step toward putting humans back on the moon since the 1972 Apollo 17 mission. Moon settlement is important for Mars exploration because astronauts want to use the lunar surface as a kind of pit stop for relaunching during long visits to the red planet.

According to Artemis partners NASA and the European Space Agency (ESA), the Artemis program will highlight what has changed in space exploration over the past half-century. 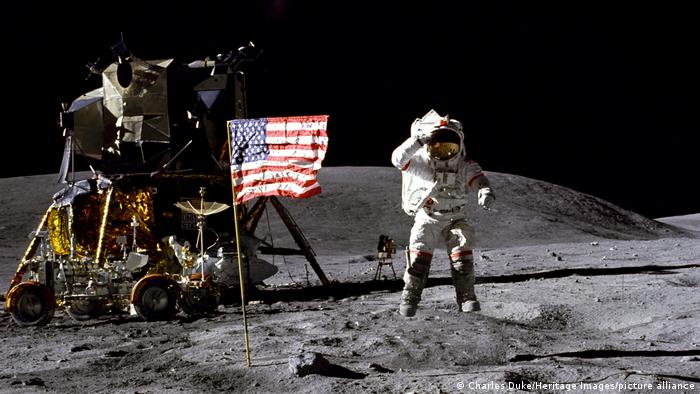 Astronaut John W. Young took part in the Apollo 16 lunar landing mission in April 1972, one of the last to land on the moon

For one, the vision and technology is more advanced. Artemis is planning for humans to arrive on the moon in 2025 and establish a more permanent settlement through trips over the following years.

"In the beginning, people will only go to the moon for a week, but future Artemis missions will establish people there for a month or two. Eventually, permanent settlements will be made," Juergen Schlutz, aerospace engineer at the ESA, told DW.

Artemis will also mark the first time women and people of color walk on the moon.

What is the Artemis program?

The upcoming launch is the first of six Artemis moon missions planned until 2028. There will be no humans on board the Orion spacecraft for Artemis I. Instead, the mission is essentially a safety test. But future missions will include people.

The Artemis program began in 2017 as part of efforts to revitalize the space program. It is carried out by NASA in partnership with the ESA and the space agencies of several other nations.

"We want to extend the reach of humans into space. The moon is our closest neighbor. It has resources and qualities for research, but for us the Artemis program is mainly about gaining our first foothold in space," said Schlutz.

NASA named the program after Apollo's twin sister Artemis, the goddess of the moon in Greek mythology.

The mission was originally scheduled to lift off from the Kennedy Space Center on August 29 between 08:30 and 10:30 in Florida (14:30-16:30 in Central Europe), but that launch was "scrubbed" or canceled due to fuel leakage and technical issues with one or more engines.

NASA said it would aim for a second launch attempt in on September 3.

When it launches, Artemis I will send an Orion spacecraft toward the moon for between 26 and 42 days. At least six of those days will be spent in a distant orbit of the moon before splashdown into the Pacific Ocean.

Artemis I a safety test for future crewed spaceflights

According to Schlutz, the goal of this launch is to certify the safety of Orion and the Space Launch System for future crewed missions.

"Artemis is a program that's meant to bring humans back to the moon. Artemis I is the first mission that will test the transportation systems to get us there," he said.

Orion is a partially reusable spacecraft equipped with solar panels and an automated docking system, along with primary and secondary repulsion engines that will propel the craft outside the Earth's orbit and steer it toward the moon.

The ESA, along with European contractors like Airbus, have been central to building the technology for the space flight.

Although Orion will be able to support a crew of six people, Artemis I will fly two mannequins, Helga and Zohar, fitted with radiation-measuring sensors. 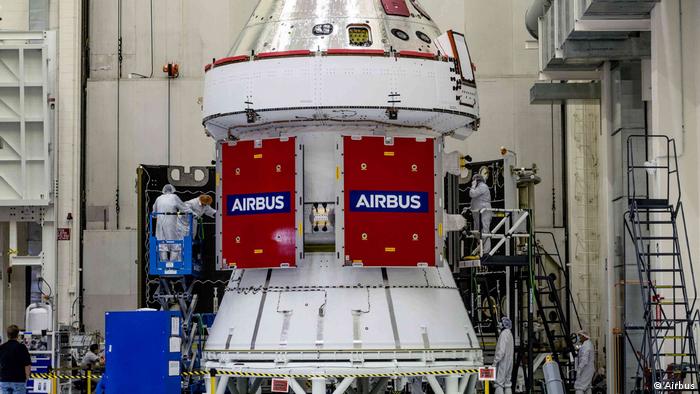 When will people live on the Moon?

The long-term goal of the Artemis program is Mars colonization. Schlutz said the moon is a relevant step along the way to serve as a sort of outpost for Mars explorers. The first lunar landing pad — the so-called Artemis Base Camp — is proposed to be established at the end of this decade.

The Chinese National Space Administration and Russian Federal Space Agency, Roscosmos, have proposed building their own moon base, called the International Lunar Research Station, in the early 2030s.

The moon base would support missions for up to two months and be used as an outpost to optimize technologies and living conditions. Astronauts would be able to reach it in less than a week. That's impressive, considering it took colonizers up to four weeks to reach the Americas from Europe only 200 years ago. 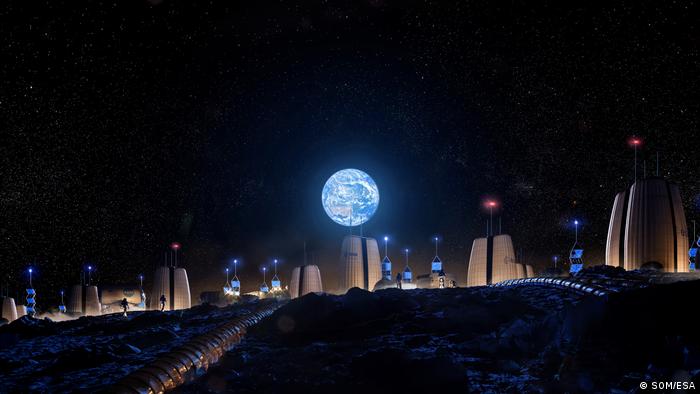 Aiden Cowley, a materials scientist at ESA, explained that the systems and technologies needed to live on other planets will be tested on the moon.

"The moon is a harsh environment. One of the biggest challenges is protecting astronauts from radiation. We're looking at building habitat modules with regolith [moon dust] brick exteriors to block the radiation," Cowley told DW.

Systems to manage resources, protect against radiation and harvest energy will be tested on the moon and then brought to Mars. It takes about six months to travel to Mars, so the moon mission offers a more accessible testing ground.

"There's no phoning home for new tools. But what we can do is 3D print tools and items from materials on the moon," said Cowley.

*This article has been updated since its original publication to reflect developments. As at August 31, NASA said it was aiming for a second launch attempt on Saturday, September 3, 2022.

Engine trouble has prompted the US space agency to postpone the debut launch of its next generation rocketship. Its Artemis program aims to eventually fly astronauts back to the moon.

The US space agency NASA is finishing preparations for its most ambitious moon mission in half a century. On its maiden flight, Artemis I will send an empty capsule, as a dry run for taking astronauts to the moon on later flights.