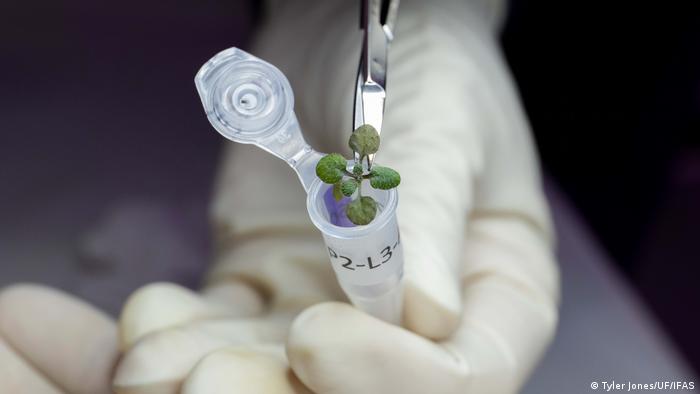 Researchers at the University of Florida say they have grown plants in moon soil and uncovered what one of the researchers calls the "stuff of exploration dreams."

It is the first time that scientists have shown that life can emerge from regolith, the material found on the moon's surface.

They say their findings, which were published in the journal Communications Biology, could have implications for future lunar exploration.

Rob Ferl, who co-authored the study, said the research could help astronauts on lunar missions grow their own food and reduce the need for frequent supplies from Earth.

"When humans move as civilizations, not just to explore for a couple of days, but when we go to stay somewhere, we always take our agriculture with us," Ferl said.

Aside from providing a level of food security in space, the research has other potential benefits. It may also help astronauts purify the air, remove carbon dioxide from the atmosphere and produce clean water.

How they grew plants in moon soil

The researchers planted Arabidopsis (rock cress) seeds in lunar soil that was gathered about 50 years ago, during three separate Apollo missions: Apollo 11 and 12 in 1969 and Apollo 17 in 1972. 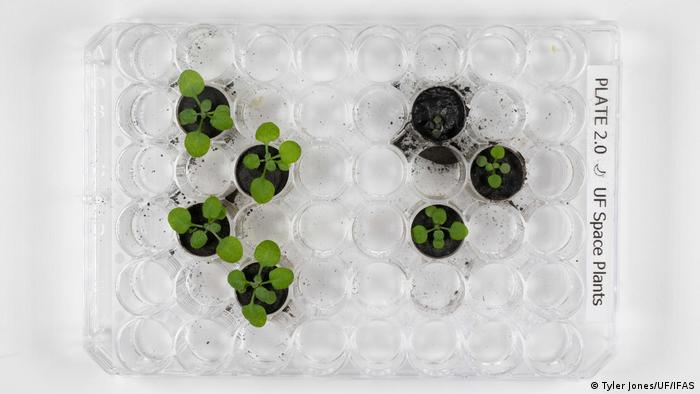 They sectioned the soil off into 1-gram (0.036-ounce) containers. They added water, light and nutrients. They also planted a second group of seeds in volcanic ash, a substance that is similar to lunar soil, to serve as a control group.

After less than 48 hours, the scientists saw growth in both groups, but noted some days later that the plants in the lunar soil appeared to be under stress. The plants in regolith looked stunted compared with those in the volcanic ash.

But Ferl said the fact that the plants were able to grow at all made the discovery a positive one.

"The bottom line is that, until it was actually done, nobody knew whether plants, especially plant roots, would be able to interact with the very sharp, very antagonistic soils that the lunar regolith presents," Ferl said.

The experiment itself was easy, but acquiring the necessary materials to facilitate it was hard.

They only had a tiny amount of lunar soil to work with — 12 grams, or about a tablespoon — and had to apply multiple times, over more than a decade, to get it from the US space agency, NASA.

"These samples are precious natural treasures," co-author Anna-Lisa Paul said. "When we work with them, we change them. Once [they come into contact with] air and water, they are no longer pristine and they lose some of that archival nature, which has been very, very highly protected." 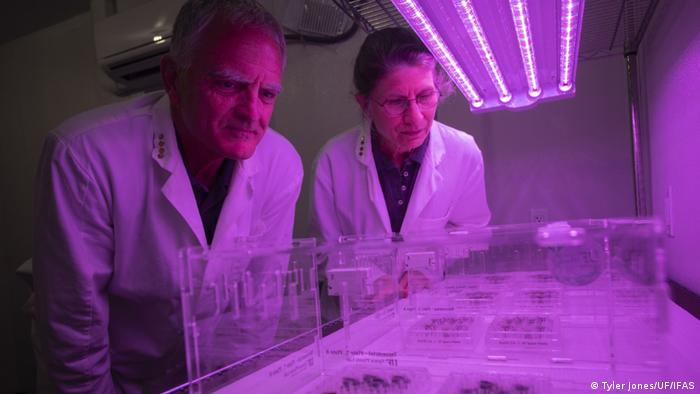 The discovery is significant, perhaps now more than ever, with NASA and the European Space Agency hoping to return people to the moon on the Artemis program.

There are plans to launch a first uncrewed Artemis mission in 2022 and crewed missions later this decade.

And other countries are looking to visit the moon in the coming years, including Japan and China.

But the scientists still don't know how plants from Earth will interact with a real, rather than simulated, lunar environment. The moon is extremely dry compared with Earth, and that could change the plants' ability to grow.

Space exploration was about politics and power. Then, science. It's now also about money. And a growing list of players.

Reach for the Moon

The moon has once again become the focus of space travel. Several missions are launching in the near future. Why? And what do we know about Earth's closest neighbor?