Armenia: Frustration with the government breeds protest | Europe | News and current affairs from around the continent | DW | 08.05.2018

After weeks of protests that pushed Armenia to the brink of crisis, the country now has a new prime minister. But locals at Yerevan's Firdaus market are fighting for their existence — and for a government they can trust. 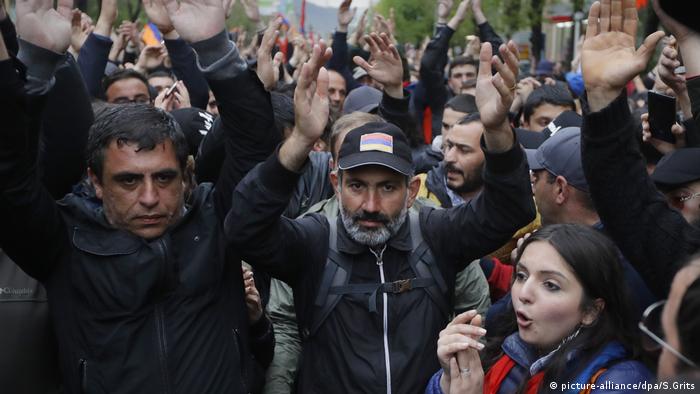 It almost doesn't look like a market anymore: The Firdaus bazaar is hidden on a side street just a few minutes' walk from the central square in the Armenian capital. Toward the beginning of the road, a few vendors sit quietly, selling patterned aprons, women's underwear and neatly arranged rows of children's shoes in pastel colors. But the selection of stalls thins as the road continues. Most of the improvised stores are shuttered.

Just under a year ago, the government officially closed the market, which sprang up in Yerevan in the 1990s, after the fall of the Soviet Union. The authorities plan to build a whole new neighborhood here in the city center, a modern architectural complex that will reportedly include apartments, offices and an underground parking lot.

The remaining stalls shouldn't be here anymore. The vendors were told to move their business to a different market — but many say they can't afford the rent there. Anahit Pkhrikyan had to close up shop, too. Like many of the former vendors here, she lives just off the market.

There is a strong lock on the thick turquoise metal doors that used to hold the clothes Pkhrikyan sold at her stall.  She explains that the government is claiming eminent domain on the land around the market, and is trying to buy the locals out of their houses as well. Her anger is palpable: "Are we the government's enemies? Whatever is profitable for the government, that's what they do. They don't want to help us, we are nothing to them." 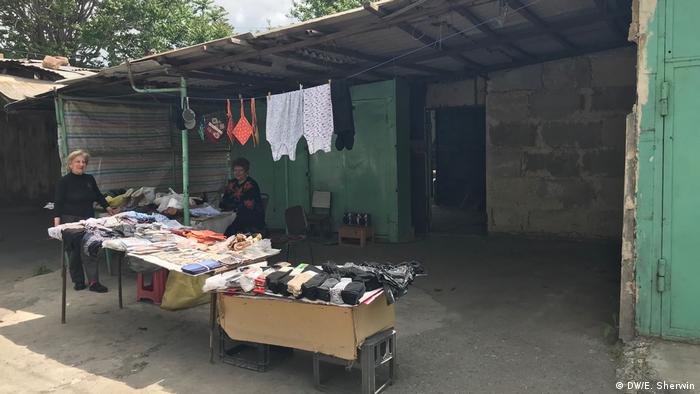 Since the government officially closed Yerevan's Firdaus market, only a few determined vendors have remained

Hanging in the balance

Pkhrikyan's neighbors nod in agreement. No one really seems to know when the neighborhood will be cleared for construction. But many of the locals feel sure that the government is corrupt — and that it is out to cheat them. "We heard on TV that they have allotted $300 million (€253 million) to this," Pkhrikyan says. "But they put those $300 million in their own pockets and then come here and try to kick us out on the cheap."

Pkhrikyan is a single mother. She lives with her teenage daughter and her disabled mother. Without her regular daily income from the market, the three of them struggle to survive on a total of 39,000 Armenian drams (€68/$80) per month in government benefits. Now Pkhrikyan fears that she may lose her home, as well. And, she says, the compensation that the authorities are offering to buy up her property is much too low — especially considering the central location of the neighborhood.

"They can come at any point and kick us out overnight and pay us whatever they think the price should be," Pkhrikyan says. "I should be able to determine the price I want for this land. It's my land, my property! How can you steal property? That's what they are doing: stealing!" 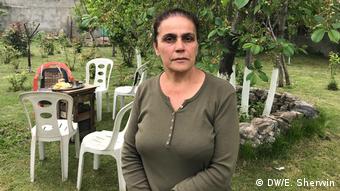 Just behind her former stall, Pkhrikyan leads the way through a little passageway that runs between the houses into a huge garden planted with cherry trees and flower beds. A little path leads to a chicken coop in the corner, where a handful of the birds peck at their feed. Pkhrikyan shows us the walls of the houses, which are made of old stones that she says remain from the time of the Ottoman Empire.

"Actually, I wouldn't even give this up for a million," Pkhrikyan says, surveying her land, which covers 2,000 square meters (21,500 square feet). The property has been passed on through generations. Pkhrikyan proudly shows the documents for the land, which were signed 100 years ago by her grandfather.

"My daughter says we should just leave all this behind, even leave the country," Pkhrikyan says. "But how can we leave this behind? Our land, our cemeteries. My father is buried here, my grandmother and grandfather! Why should I leave this? Let the government leave instead — they have billions!"

Read more: Opinion: Armenians must forge their own future 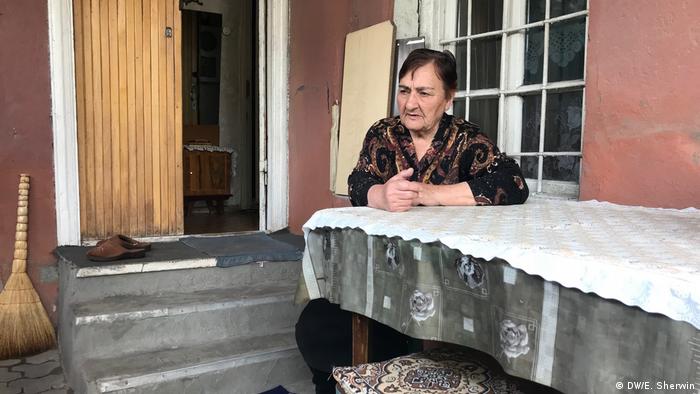 Clara Melkumyan lives on the other side of the street from Pkhrikyan, just on the other side of Firdaus market. Melkumyan is over 80 years old and has lived in her small two-bedroom house for 30 years, she says. The house is in poor condition, but Melkumyan, too, is waiting for the government to give her what she says would be a fair price for her property.

Melkumyan doesn't believe the authorities' claim that the land is for government use. "They aren't building a road here, they aren't building a hospital or an airport," she says. "They just want the land for themselves. Now they want to seize this land, too, this nugget of gold here, and force us out for just a few cents."

In the meantime, Melkumyan has had shut off one of the two rooms in the crumbling house and has moved her bed across the floor, which has buckled with time. "I'm afraid my bed might fall through the floor," she says. There are cracks in the ceiling and in the basement; Clara has put up wooden beams as supports for the floor — just in case.

As soon as she is offered enough money to move somewhere new, she will leave in a flash, Melkumyan says. She accuses the government of "trampling on our rights." "At least for the remainder of my life, I want to be able to live a bit, to breathe a bit," she says. "That's it." 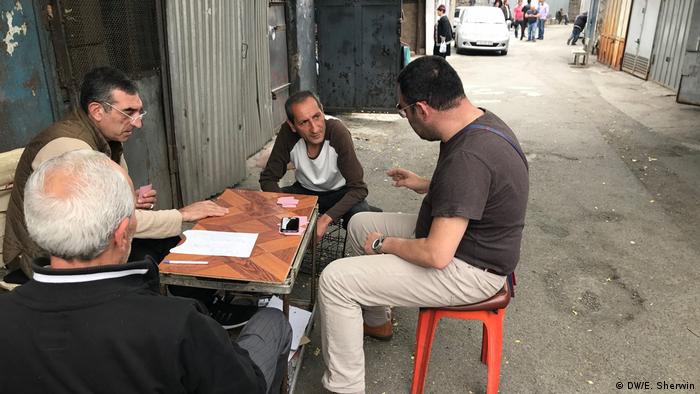 For now all that the vendors at Firdaus market and the residents around it can do is wait. Many of them say they have taken their dissatisfaction with the government out into the streets in recent weeks, joining tens of thousands of Armenians who chanted for change.

After all, it's not just the Firdaus locals who feel betrayed by the government and want a better life. In Armenia, about 29 percent of the population live under the poverty line and about 18 percent are unemployed, according to the World Bank.

Back in her garden, Pkhrikyan says she, too, joined the demonstrators. "Of course," she says. "Everyone just wants a good life. We are sick of everything — for years they have been stealing from us," Pkhrikyan says, referring to the government of Serzh Sargsyan, who served as Armenia's president for 10 years.

To Pkhrikyan, and many others in Armenia, these protests were not so much about whether opposition leader Nikol Pashinyan would end up in charge of the country or anyone else for that matter. "It's about the people, not about Nikol Pashinyan," she says. "We have lost our hope. This feeling has just been building up in people."