Armenia's parliament has elected protest leader Nikol Pashinyan prime minister. The transfer of power after weeks of protests resolves the immediate political crisis, but uncertainty looms on the horizon. 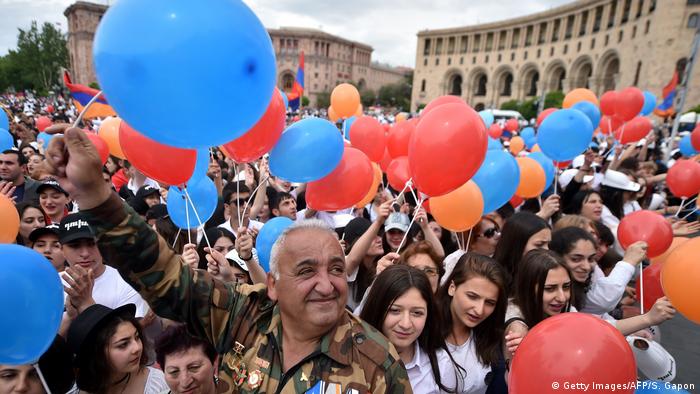 Lawmakers voted 59 to 42 to approve Pashinyan as prime minister.

Thousands of jubilant supporters celebrated in Republic Square and the streets of the capital, Yerevan, after having achieved historic political change through street mobilizations.

Pashinyan was the only candidate in Tuesday's parliamentary vote, the second after he received only 45 of the necessary 53 votes last week.

After blocking his bid on May 1, the majority Republican Party provided Pashinyan with the support he needed.

"We did not change our position," said Vagram Bagdasaryan, the head of the Republican Party's parliamentary group. "We are against Nikol Pashinyan's candidacy, but the most important thing for us is to ensure stability in the country."

Pashinyan had previously secured the support of the opposition Prosperous Armenia and the Armenian Revolutionary Federation. Both parties nominated him for premier together with his opposition Elk coalition.

Analysts suggested that the 42-year-old former newspaper editor might call snap elections in an effort to translate his street movement into a victory at the ballot box.

Ahead of the vote, Pashinyan told the legislature that he would try to return Armenia to normal following the political standoff.

"My first work after my election will be ensuring a normal life in the country," he said.

"There will be no privileged people in Armenia," he said. "Election results will no longer be falsified. No bribes will be distributed."

"The leadership will not be a means to earn money," he said. "Corruption will be eradicated."

He also played the nationalist card, vowing to press for the recognition of Nagorno-Karabakh. The volatile region in Azerbaijan has been under control of ethnic Armenian forces by Yerevan since the end of a separatist war in 1994. 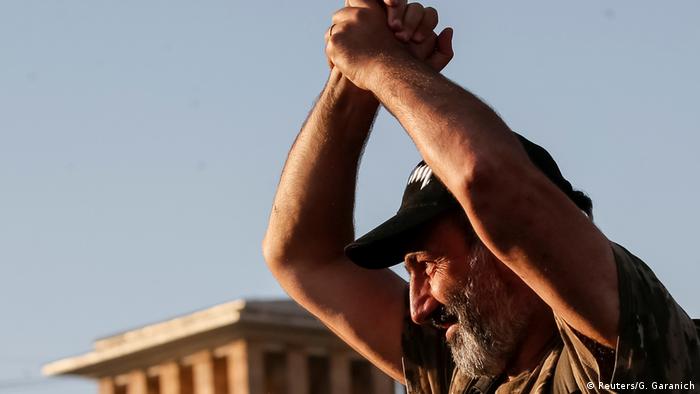 Now Pashinian faces the difficult task of ruling and implementing his reform agenda.

Celebrations in the streets

The protest movement was sparked when Sargsyan took up the premiership early in April after he reached a term limit of 10 years as president. It was also fueled by anger following reports of corruption by the Republican elite. The party has ruled the country since the late 1990s.

Protesters accused Sargsyan of attempting a power grab under a new parliamentary system of government approved in a 2015 referendum that the opposition says was tainted by irregularities.

The events have been closely watched in Russia, an ally of Armenia's. The Kremlin keeps a military base in Armenia and is wary of revolutions of the sort that have occurred in Ukraine and Georgia in recent years. Pashinyan has vowed to have good relations with both Russia and the West.

Armenian Prime Minister Serzh Sargsyan stepped down on April 23 after thousands of people took to the streets to protest his rule. What sparked this public outrage and how is Russia viewing this political change? (26.04.2018)