Armenia's parliament has voted 55-45 to block protest leader Nikol Pashinyan from becoming prime minister. During a lengthy debate, the ruling Republican Party signaled it would vote against his sole candidacy. 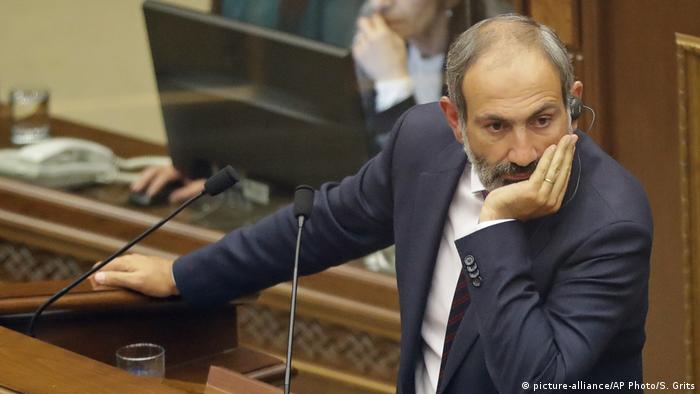 Nikol Pashinyan failed to persuade lawmakers to cross party lines so he could amass the 53 votes he needed in Armenia's 105-seat legislature.

Pashinyan described his setback as an "insult to the people" and said he was calling a campaign of civil disobedience from early Wednesday that would include blockades of key transport routes.

"Get sober [before] it's too late, because your behavior could cause a political tsunami," he told Republican parliamentarians.

The Armenian constitution stipulates that parliament convene next week for another vote on who should become premier of the Caucasus nation.

Outside parliament in Yerevan, thousands of Armenians had rallied in support of the 42-year-old dissident, whose protest movement Elk (Way Out) forced the resignation of president-turned-premier Serzh Sargsyan last month.

Pashinyan, nicknamed "Abrek," had claimed that Armenia would be plunged into crisis if he were not made replacement premier as sought by opposition factions. 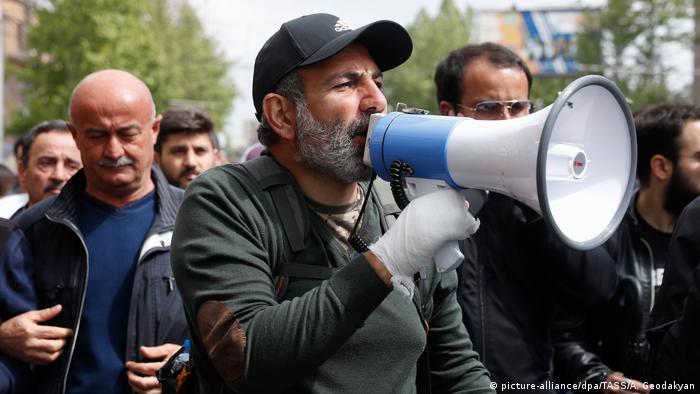 Pashinyan with his megaphone during April's protests

Before Tuesday's vote, Pashinyan had floored questions in the chamber, where control has long been held by Sargsyan's Republican backers.

"We will do everything to eliminate the EU visa requirement for Armenian citizens" while keeping ties with Russia, he said.

During debate, Republican lawmakers accused Pashinyan of being an irresponsible rabble-rouser and of lacking qualities to command the Armenian armed forces.

Armenia, an ex-Soviet state still closely aligned to Russia, has been run by what Pashinyan has called an elite since the late 1990s.

Armenia: Freedom is the most important thing

EU leaders brokered the agreement, which will see a joint border commission established. The two countries' leaders met for the third time in six months as tensions continue to flare in the region.

Thousands of opposition supporters have rallied in Yerevan, demanding the resignation of Prime Minister Nikol Pashinyan. He is still facing criticism for signing a peace deal with Azerbaijan in 2020 that ended the conflict over the disputed region of Nagorno-Karabakh.