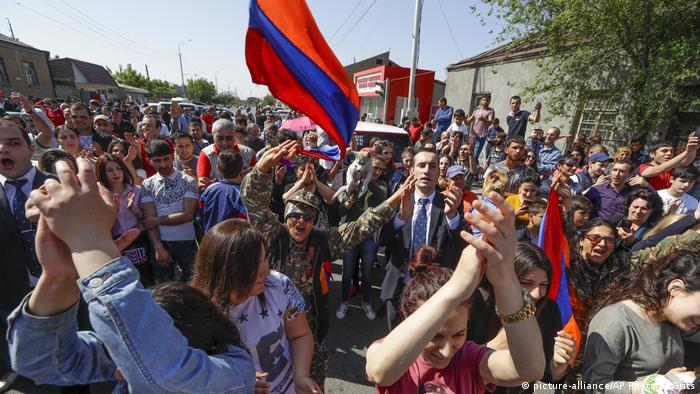 Tens of thousands of protesters paralyzed the Armenian capital Yerevan on Wednesday, a day after opposition leader Nikol Pashinian's bid for the premiership was squashed in parliament by the ruling Republican Party of ousted former prime minister Serzh Sargsyan.

The failure to find a political solution in parliament after weeks of protests has stoked further street anger at the Republican Party elite, raising concerns of instability in the small South Caucasus nation.

Pashinian told Reuters news agency that strikes and civil disobedience would continue until protesters’ demands are met. "My only power is my people. We are not going to give up," he said at a protest in Yerevan.

Faced with a second parliamentary vote for a prime minister on May 8, Pashinian said the opposition will "think and negotiate" before making a decision if he will put his name forward again.  "I can't tell you now, it will depend on the specific situation," he said.

The ruling Republican Party argues Pashinian is not qualified to be prime minister.

Armen Sarkissian, who is not related to his predecessor (sometimes their names are spelled the same in the Greek alphabet), called for more negotiations to resolve the political crisis.

"I deeply regret that the political crisis continues despite the fact that everyone is talking about how dangerous it is for the future of the country," Sarkissian said in a statement. 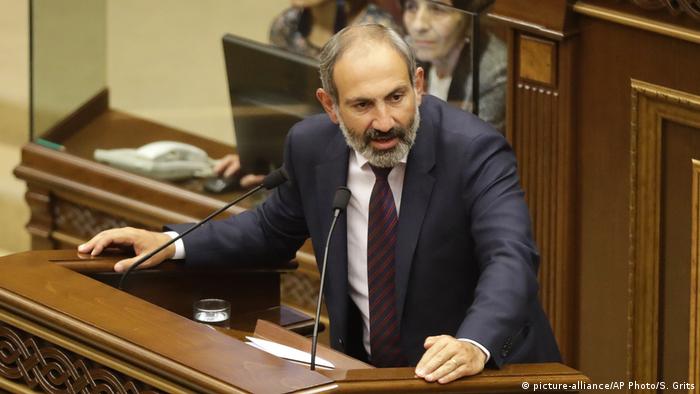 How and why did protests start?

Sargsyan quit as prime minister on April 23 following two weeks of street protests over alleged corruption and cronyism within his Republican Party. Sargsyan moved to the premier position earlier in April after he reached a term limit after 10 years as president. Protesters accuse him of attempting a power grab under a new parliamentary system of government passed in a 2015 referendum that the opposition says was tainted by irregularities.

Pashinian wants to become prime minister to hold new elections, reform the electoral code and carry out wide reforms of the political system.

The Republican Party did not put forward their own prime minister candidate for Tuesday's vote; their decision to block Pashinian's appointment came as something of a surprise after prior reports that they would not use their voting power to stop him.

DW's Nick Connolly in Yerevan said that Pashinian’s calculation appeared to be that he has the street power to force the Rebublican Party to concede.

At the same time the Republican Party may have blocked Pashinian to secure some of their demands.

"Authorities have decided to bide for time, trying to get the opposition to offer concessions," Alexander Iskanderian, director of
the Caucasus Institute in Yerevan, said. "Authorities will obviously want to secure guarantees of immunity from prosecution and seats in a new government."

The political crisis is being watched closely by Armenia's ally Russia, which has two military bases in the country and is wary of so-called color revolutions such as occurred in Ukraine and Georgia.

Under the constitution, a second round vote for a prime minister must be held within a week. Parliament will be dissolved and early elections called unless the second vote in parliament produces a new prime minister.