Hundreds of thousands of Argentines had campaigned to completely decriminalize abortion in the predominantly Catholic country. Abortion is currently allowed if a woman has been raped or her health is at risk. 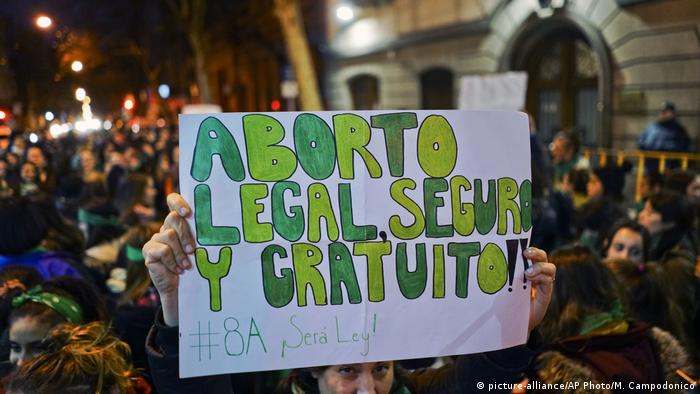 Argentine senators voted against legalizing abortion in all cases on Thursday, just weeks after the bill was passed by the lower house of Congress in June by the narrowest of margins.

The Senate voted 38-31 against the proposed measure.

The vote came as a major setback to the hundreds of thousands of pro-choice advocates who ran an aggressive campaign against strong opposition from the highly influential Catholic Church in the homeland of Pope Francis.

The Health Ministry estimated in 2016 that as many as half a million clandestine abortions are performed in the country each year, causing the deaths of dozens of women. 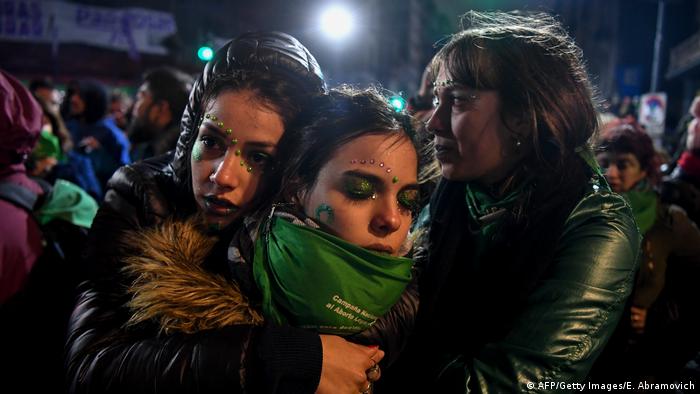 The result was welcomed by fireworks and shouts of joy among anti-abortion activists gathered outside of Congress.

But, at the other end of the square, tears streamed down the faces of advocates for abortion rights, with many wearing the green scarves that symbolize their cause. A handful of demonstrators started fires and threw stones as they clashed with riot police.

The Catholic Church held masses during the Senate's vote and had called on Catholics to protest abortion.

Earlier, Pope Francis said the deliberate termination of pregnancy was "an atrocity" and compared it with Nazism.

Demonstrations for abortion rights had been held across Latin America in a display of solidarity in countries including Mexico, Brazil, Uruguay, Ecuador and Costa Rica.

'Not a question of beliefs'

Miguel Angel Pichetto, a Peronist opposition leader in the Senate, said campaigners for abortion rights would not give up.

Another senator who was voting in favor of abortion rights was Cristina Fernandez de Kirchner, Argentina's president from 2007 to 2015, who said she had initially opposed abortion, but the "thousands of girls who came out to the streets" in support of it had made her change her mind.

"It is not a question of beliefs, but of a problem that exists," Fernandez said.

What's Argentina's current stand on abortion? Argentine law guarantees life from the moment of conception. Abortion is currently allowed in cases of rape or when the woman's health is at risk.

What would the abortion bill have done? The bill would have legalized abortion in all circumstances during the first 14 weeks of pregnancy. Uruguay and Cuba are the only countries in the region to have fully decriminalized abortion.

What's next? The bill may be amended by the Senate and sent back to the lower house, but lawmakers must wait a year to resubmit the legislation.

Pope Francis has denounced the practice of abortions over birth defects, equating it to Nazi attempts to create a pure race. The remarks come as his home country of Argentina works on a pro-abortion bill. (17.06.2018)

Final results show a vast majority of the Irish people have voted to repeal a part of the constitution that had prevented abortions. Premier Leo Varadkar dubbed it a historic result and a "great exercise in democracy." (26.05.2018)

World Stories – The Week in Reports