Are 'targeted airstrikes' as precise as is claimed?

US President Barack Obama has ordered "targeted" US airstrikes on rebels in Iraq as a way of helping the Iraqi government regain control. But are such strikes always effective? And are they as precise as is claimed? 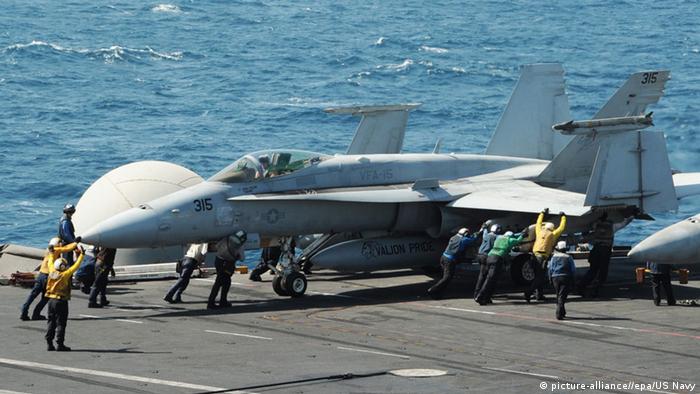 The concept of the so-called "surgical strike" is a very attractive one for military strategists: achieving military objectives without "putting boots on the ground," with a minimum of casualties in one's own ranks and - it is at least asserted - a minimum of "collateral damage," including civilian deaths. But a look back at some past campaigns with "surgical strikes" shows that they are not always as "clean" as they are often made out to be.

On January 17, 1991, a US-led coalition began an aerial bombing operation over Iraq preliminary to a ground campaign as of February 23 to retake Kuwait from forces loyal to then Iraqi dictator Saddam Hussein. 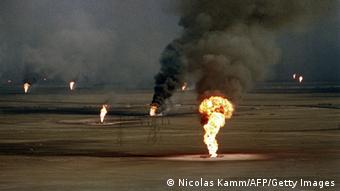 More than 100,000 airstrikes were flown, during which 88,500 tons of bombs were dropped. The strikes were aimed at military and civilian infrastructure. The air campaign was made notable for its much-vaunted use of "smart bombs," which the coalition claimed would greatly reduce collateral damage, including civilian casualties.

However, later assessments showed that such guided bombs were in the minority, and that conventional bombs were overwhelmingly used. It is thought that more than 2,000 Iraqi civilians lost their lives during the airstrikes despite coalition claims that the attacks were "surgical" in nature.

The ground campaign, when it began, succeeded in driving Iraqi forces from Kuwait within 100 hours. Saddam Hussein, however, remained in power until 2003, when he was ousted in another US-led operation in what has become known as the Second Gulf War.

The NATO Operation Allied Force began on March 24, 1999, after NATO-led peace efforts to resolve the conflict in Kosovo had failed to produce results. The aim of the operation was to halt a new wave of offensives launched by Serbian forces against the Kosavar Albanians on March 20.

From the outset of the campaign, which ran until July 10 of the same year, NATO declared that minimizing civilian casualties was one of its major concerns. To this end, NATO employed so-called PGMs (precision-guided munitions) in many of its attacks. However, the proportion of such weapons declined over the course of the 78-day operation, from 90 percent at the outset to around 10-20 percent at the end. 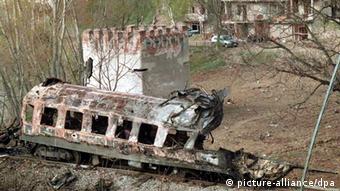 US Secretary of Defense William Cohen claimed on September 9, 1999, that there had only been 20 incidents of "unintended consequences."

However, the group Human Rights Watch, which closely monitored the civilian toll during the operation, confirmed ninety incidents in which civilians died as a result of NATO bombing. Up to 528 Yugoslav civilians were killed in these ninety separate incidents.

Possibly the most controversial was the May 7 bombing of the Chinese embassy in the Serbian capital, Belgrade, which killed three Chinese journalists and caused a diplomatic crisis between Washington and Beijing.

Critics say that NATO's huge efforts to avoid casualties among its own pilots - none were killed during the operations - by flying missions at high altitude could have been a factor in civilian deaths.

The operation, which took place without a UN mandate, can, however, be said to have met with some success on the political front: the bombing campaign ended when Serbia agreed to a peace deal in which Serb forces were to be withdrawn from Kosovo and replaced by NATO peacekeepers.

On March 19, 2011, a multi-state coalition began a military operation aimed at implementing a UN resolution authorizing countries "to take all necessary measures" to put an end to attacks against civilians carried out by the regime of Libyan leader Moammar Gadhafi. NATO took over command of all parts of the operations on May 25, including the imposition of a no-fly zone and an arms embargo.

NATO warplanes flew thousands of "targeted attacks" in which 7,700 bombs or missiles were used until the operations ended on October 31 after the death of Gadhafi 11 days earlier. The secretary general of NATO, Anders Fogh Rasmussen, claimed in November that the campaign had been carried out "very carefully, without confirmed civilian casualties." 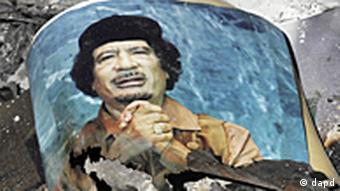 The NATO campaign hastened the end of Gadhafi

The Libyan government, however, gave a death toll in the thousands that is likely exaggerated. Independent sources nonetheless said that there were credible accounts of dozens of civilians being killed in several separate air strikes. NATO also later modified its stance, saying it regretted "any loss of life." The true death toll will probably never be known.

Critics even claim that, far from saving civilian lives, the NATO campaign actually increased the toll by prolonging Libya's civil conflict - NATO's intervention aided the rebels fighting to oust Gadhafi to resume their struggle at a time when they were actually on the retreat.

US President Barack Obama has authorized the use of targeted airstrikes on militants in northern Iraq. But the effectiveness of such a strategy is questionable, as political expert Marco Overhaus told DW. (08.08.2014)

US authorizes airstrikes 'if necessary' in northern Iraq

The US has authorized airstrikes in northern Iraq following militant advances in the north of the country. President Barack Obama says the humanitarian and security situation necessitates immediate action. (08.08.2014)