Archaeologists are carrying out an urgent excavation because the site in Uri canton is at risk of washing away with a melting glacier. Experts have found evidence that people were searching for crystals 10,000 years ago. 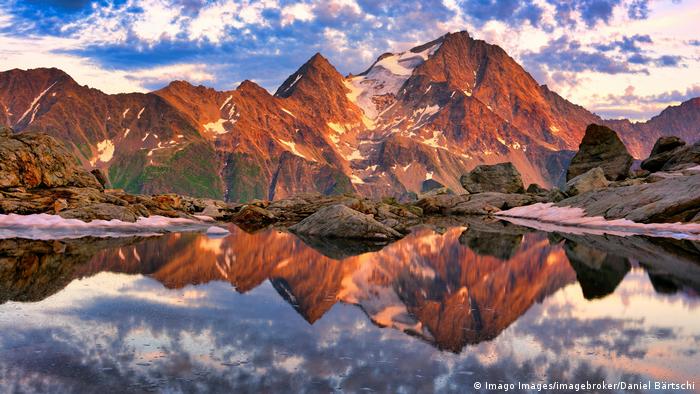 Climate change has spurred archaeologists to stage an emergency dig in an area of the Swiss Alps where evidence has been found that people were hunting for crystals as far back as 7,500 BC.

The eastern Swiss canton of Uri said on Friday it had sent an emergency mission to the Brunnifirm glacier this week to uncover more evidence.

People searching for crystals on the glacier in 2013 found bits of wood, deer horn and crystal shards in a crystal crevice.

When the objects were tested, they turned out to be from the Mesolithic era — making them among the oldest artifacts ever found in the Alps, Uri canton said in a statement.

The glacier ice had preserved the objects airtight for thousands of years.

This week archaeologists worked at an altitude of some 2,800 meters (9,100 feet) on the Oberalpstock mountain, which officials say is at risk of washing away with a melting glacier.

The spot is only free of snow for a short period of the year. Despite finding a gap in the weather, the canton said archaeologists still worked in extreme conditions on steep terrain with an icy subsoil.

"We had to wait for exactly the right time," glacier archaeologist Marcel Cornelissen said in the statement, pointing out that "with a thick layer of snow, digging would have made no sense."

Over the past few days, archaeologists have dug an exploratory trench on the slope, aiming to find more possible remains.

While few details of the new finds have been revealed, the canton's statement said the objects collected would help provide more precise data on how crystal was mined at that time and also on the conditions of general life 10,000 years ago.

The Uri Research Institute for the Culture of the Alps, which was set up two years ago at the University of Lucerne, will carry out carbon dating on the objects found.

The Swiss Alps are well known for producing an array of gemstones, including crystals, shaped and formed over millions of years.

Switzerland has several mineral museums, including the crystal museum in Seedorf, Uri canton.

With material from AFP

Stonehenge mysteries: What we really know

The origins of Stonehenge seem to finally be uncovered. But even with the knowledge of where the giant boulders actually came from, the prehistoric site continues to hide further secrets.