Stonehenge mysteries: What we really know

The origins of Stonehenge seem to finally be uncovered. But even with the knowledge of where the giant boulders actually came from, the prehistoric site continues to hide further secrets.

A miracle of Stone Age engineering built during the pyramids era, Stonehenge has braved the forces of nature for thousands of years. The 80 megaliths rising up to seven meters (23 feet) in height, weigh over 20 tons each.

But why exactly did people in ancient times decide to place these gigantic boulders in the middle of nowhere in the UK?

There are many theories on the site's origins, with the most common one saying that Stonehenge served as an observatory where the rays of the rising sun shine directly through the core of the complex at equinox. Others say it served as a burial site where pagan rituals were performed.

London archaeologist Mike Parker Pearson believes that up to 10% of the population of what today is the island of Great Britain used to congregate there as a place of worship. That theory is based on the fact that 80,000 animal bones have been found in the vicinity. Was this intended to be served as food to visitors — or as a sacrifice to the gods? 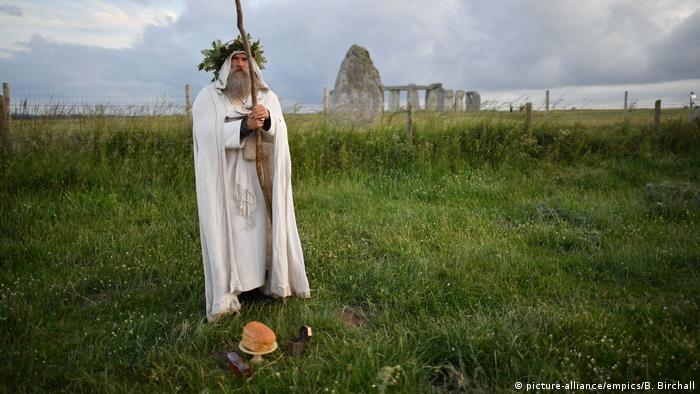 The belief that druids erected Stonehenge is false, as the religion did not yet exist during the Stone Age

The construction of Stonehenge began around the year 3100 B.C. The remains of the stone structure that still can be seen today are only a small fraction of the original site. Stonehenge has changed repeatedly over the centuries; scientific excavations have shown that within a radius of several square kilometers, there were other facilities associated with the ancient structure.

The only thing that is certain is that this was a place of great importance. There simply is no other way to explain the enormous effort that went into building the circular structure. The transportation of the stones and the laborious erection of the huge rocks alone posed an enormous challenge for the time.

The origins of Stonehenge

Earlier studies have shown that the smaller basalt stones originated from quarries located about 200 kilometers (124 miles) away in what is now Wales. According to a recent study, the large boulders are believed to have come from the nearby hills known as the "West Woods," which are located some 25 kilometers north of Stonehenge.

David Nash and his team from the University of Brighton recently provided the scientific proof needed to support that theory, taking a unique detour into the more recent history of the site. Since they weren't allowed to just scrape off stone samples for analysis from this UNESCO World Heritage Site, they had to explore another way to dig into the past.

They discovered that cracks had been reported in three overturned megaliths during a restoration attempt in 1958. In order to stabilize those stones with metal bands, the restorers had been forced to drill holes through them. The cores that the drill had pushed out went missing for decades — until an employee of the drilling company accidentally found them again in 2018.

The research team around Nash could thus finally prove the origin of the boulders by analyzing those drill cores. 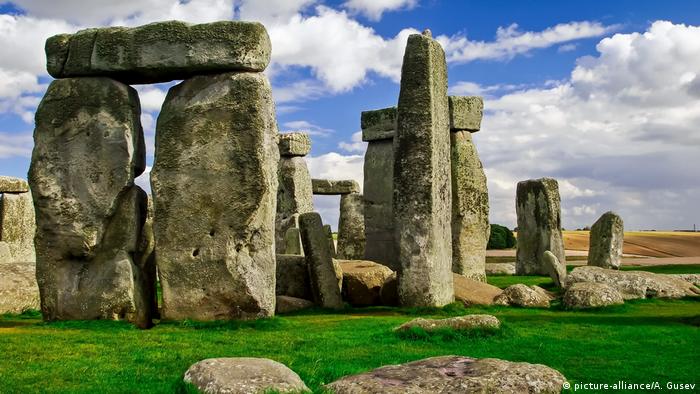 How did people manage to transport the massive boulders?

However, just like many of his colleagues, Nash can only guess how the rocks were actually transported to their destination. "Perhaps they could have moved tree trunks as rolls under the rocks," Nash speculates. Others say that they were perhaps pulled on sleds. The answer remains unknown.

Today, Stonehenge still attracts more people than any other prehistoric monument. About 1.7 million visitors come to visit the Stone Age site each year. Until 1986, before Stonehenge was officially declared a UNESCO World Heritage Site, visitors were actually allowed to climb on top of the rocks from a bygone era.

Some people even cut off pieces of stone, taking them home as souvenirs. But today, Stonehenge is off-limits to visitors, and can only be appreciated from behind a barrier. It is only at winter and summer solstice that people are allowed to get a little closer. Besides partygoers and tourists, thousands of followers of pagan and druid groups come here, greeting the sunrise together twice a year with flutes and drums. 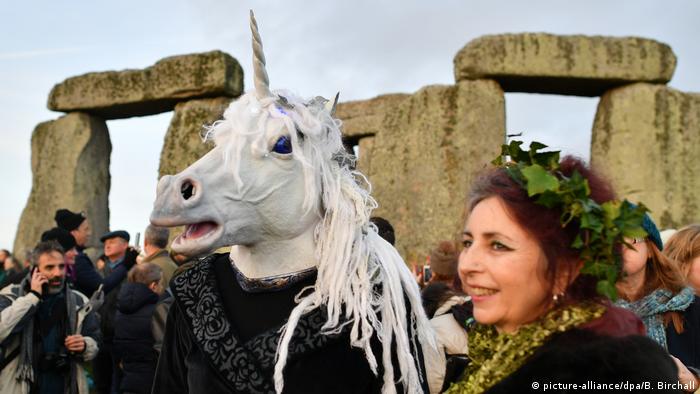 The contemporary history of Stonehenge is almost just as interesting as its mysterious past: For centuries, the site was privately owned. When the last owner died during World War I without leaving any heir, the property was auctioned off — along with its iconic stone circles.

A man named Cecil Chubb, who had actually only wanted to buy chairs at the auction, decided to purchase the prehistoric cult site for 6,600 pounds at the time, and to gift it to his wife. However, it is reported that she was not exactly amused with the present and would apparently have preferred furniture.

Chubb thus ended up donating the land to the British government in 1918, which earned him the title of "First Baronet of Stonehenge." This turns out to be a happy ending for all indeed, as an American investor had also wanted to buy the monument — and ship it abroad. The entire world nearly lost an impressive piece of its cultural heritage. 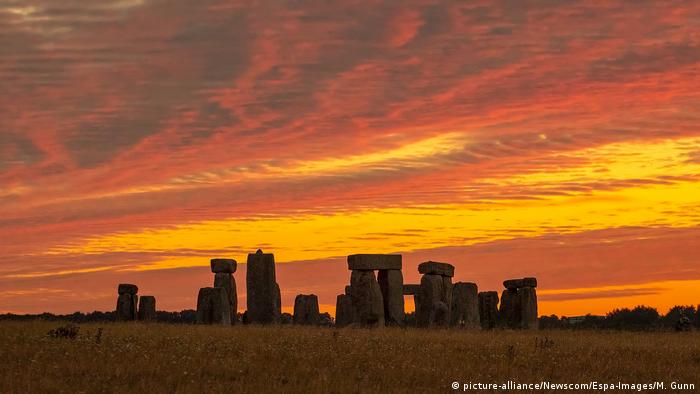 Despite some of its mysteries being lifted, Stonehenge continues to attract visitors

British authorities approved plans for a contentious and long-delayed road tunnel under the site of Stonehenge - but altered its route so it won't impede views of the sun during the winter solstice.

From Stonehenge to Carnac: 10 megalithic sites

Witnesses of a bygone era, these mighty stone circles and colossal statues erected thousands of years ago still spellbind visitors.