The discovery of a prehistoric structure spanning 1.2 miles has opened up new lines of investigation into the mysterious Stonehenge. The shafts indicate that the early inhabitants had developed a way to count. 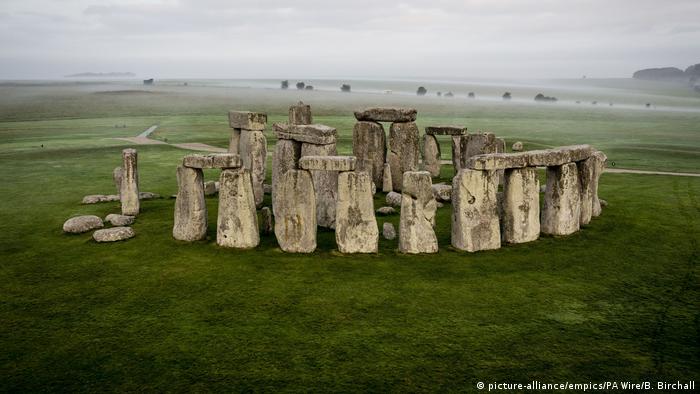 Archaeologists have found a wide circle of deep shaft surrounding an ancient settlement near the Stonehenge world heritage site, describing it as the biggest prehistoric structure ever found in the UK.

The site is located approximately 2 miles (roughly 3 kilometers) northeast of Stonehenge on Salisbury Plain. Evidence suggests the shafts date back to the same period, some 4,500 years ago.

A team of archaeologists from multiple universities announced on Monday the discovery of the circle of shafts, describing it as a masterpiece of engineering. The prehistoric structure, spanning 1.2 miles (2 km) in diameter, each about 10 meters (33 feet) wide and 5 meters deep, surrounds the settlement of Durrington Walls. 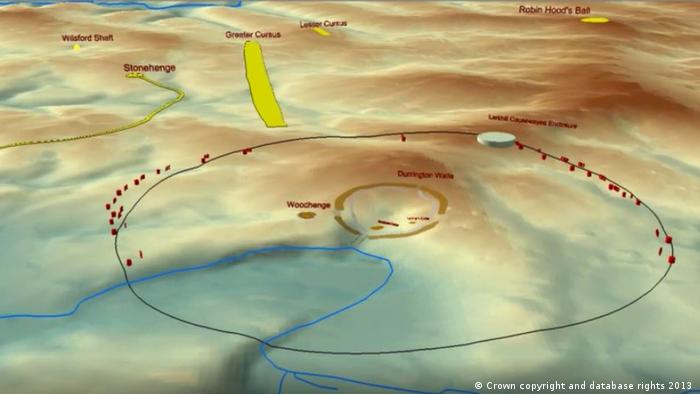 "This is an unprecedented find of major significance within the UK," said Vincent Gaffney, a leading archaeologist on the project. "Key researchers on Stonehenge and its landscape have been taken aback by the scale of the structure and the fact that it hadn't been discovered until now so close to Stonehenge," he said.

Read more:  Who lived near Pömmelte, the 'German Stonehenge'?

No need for excavations

Using remote sensing technology and sampling, archaeologists were able to make the discovery without the need for excavations.

"I can't emphasize enough the effort that would have gone into digging such large shafts with tools of stone, wood and bone," said Gaffney. "We are starting to see things we could never see through standard archaeology, things we could not imagine."

However, the archaeologist said that around 20 shafts had been found but that there may have been more than 30. About 40% of the circle is no longer available for study as a consequence of modern development, he explained.

The archaeologists said the "astonishing" circle of shafts revealed the desire of Neolithic communities to record their belief systems.

"It demonstrates the significance of Durrington Walls Henge, the complexity of the monumental structures within the Stonehenge landscape, and the capacity and desire of Neolithic communities to record their cosmological belief systems in ways, and at a scale, that we had never previously anticipated," Gaffney said. 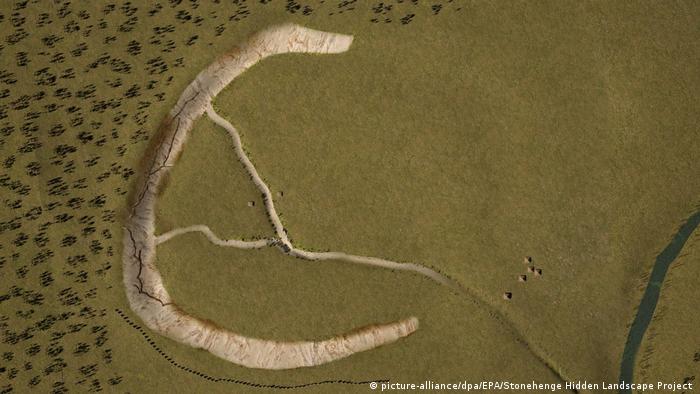 An artist's impression of what the Durrington Walls might have looked like; the shafts discovered appear to form a giant ring around the structure

The archaeologist from the University of Bradford added that the planning involved in contracting a prehistoric structure of this magnitude must have involved a tally or counting system. He said the discovery is all the more extraordinary because it offers the first evidence that the early inhabitants of the UK, mainly agricultural communities, had developed a counting system.

The mysterious Stonehenge — whose purpose still remains unknown today despite decades of research — is one the UK's most famous landmarks, attracting both tourists and those in search of spiritual connections with nature.

"Stonehenge has a clear link to the seasons and the passage of time, through the summer solstice. But with the Durrington Shafts, it's not the passing of time, but the bounding by a circle of shafts which has cosmological significance," Gaffney said. 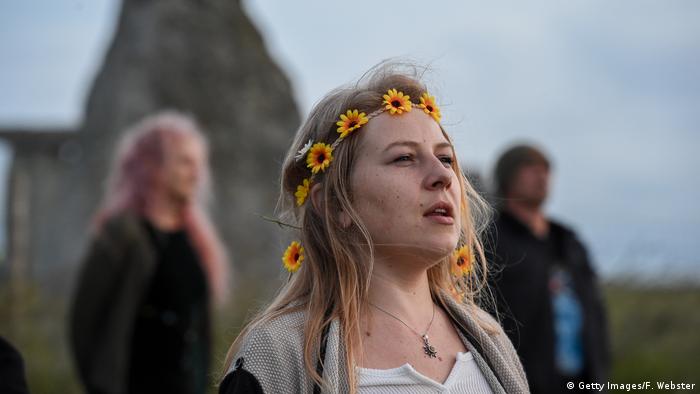 Stonehenge remained closed, as a result of coronavirus, this past Sunday — the summer solstice — forcing people to conduct their annual rituals there at a larger remove than usual

The area surrounding Stonehenge on Salisbury Plain is awash with other sites of apparent importance to ancient British civilizations, such as large long barrows and Durrington Walls, as well as later Iron Age hillforts like Silbury Hill. Not far away, also in Wiltshire, the village of Avebury contains what's thought to be the largest megalithic stone circle in Britain.

People find leap years inspiring. Perhaps it's the feeling they're getting an extra day. But February 29 is really not an extra day. It just a mathematical attempt to make up for lost time. (28.02.2020)

In a "rare and exciting find," archaeologists in Brandenburg uncovered the skeleton of a woman who died thousands of years ago. Researchers want to know how she died and why she was buried in an unusual position. (21.05.2020)

Travel tips for fans of archaeology

Archaeological excavations and sites are among the most visited attractions in the world. Here is a selection of some of the best: (11.09.2018)