Minorities in Iran face stepped-up efforts to silence and stamp them out - including mass arrests and executions. An Ahwazi Arab activist seeking appeals for five men on death row shared his personal story with DW. 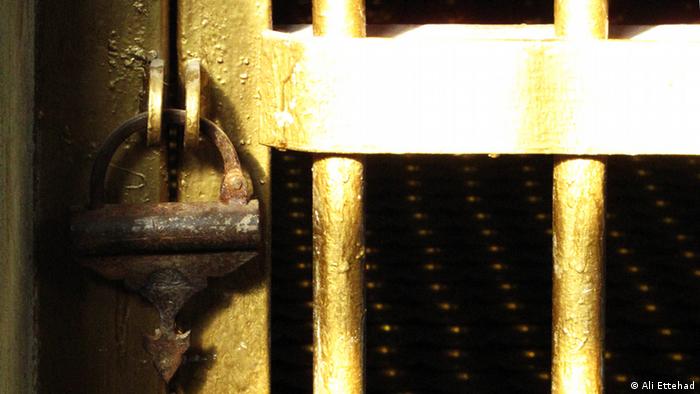 Lock and bars of Qasr Prison in Tehran

Of the 21 countries that practice the death penalty, Iran carried out the second-greatest number of executions in 2012 (after China), according to a report released by Amnesty International last month. Beyond the 314 official executions in the Islamic Republic, the group cited reports of at least 230 additional secret executions.

One of the deadly offenses is "enmity against God," a vague charge the Iranian state has used in political attacks against government opponents and minorities. About 40 to 50 percent of the Iranian population consists of ethnic or religious minorities, including Azerbaijanis, Kurds and Iranian Arabs, also known as Ahwazi Arabs. The roots of these minorities go back hundreds of years, and in the past they've have been tolerated and granted rights.

But minorities are increasingly seen as a threat to consolidation of a homogeneous Persian, Shiite nation. Under the hard-line administration of President Mahmoud Ahmadinejad, Iran has increased arrests and executions of minorities - including against Ahwazi Arabs. After a trial widely viewed as unfair in June of 2012, four Ahwazi Arabs were executed, while the death sentence for five others was upheld this past January. The family of the five Ahwazi activists says that their execution has now been set for next week. 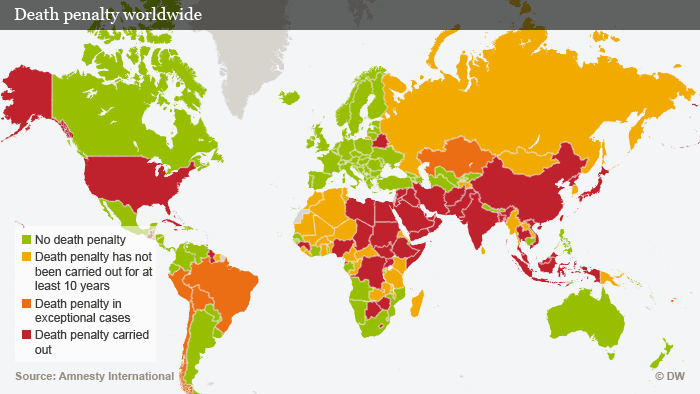 Although the five Ahwazi Arabs were found guilty of links to terrorist groups, Amnesty describes them as peaceful activists. Two who admitted to committing crimes on national television have since retracted, saying they were tortured to make them confess. In late March, the five started a hunger strike to protest their unfair sentences and ill treatment in prison.

Kamil Alboshoka, an Ahwazi who fled Iran in 2006, is cousin to two and friend to the other three of the five Ahwazi Arabs on death row. He shared his personal story with DW.

"It was helpful because we motivated people to study," Alboshoka told DW in an interview. Because of the group's work, Alboshoka said, more than 200 women initiated university studies from 2002 to 2005.

Al Hawir also sponsored social events, including parties for thousands of people, featuring Arabic music, poetry and theater. Although the group operated with government permission, Alboshoka said they "were under pressure by intelligence services."

Every April, Ahwazi groups mark the annexation of their homeland by Iranian forces, which occurred in 1925. In 2005, changes to the name of the region, along with plans to displace Arabs and settle Persians there, sparked Ahwazi demonstrations in the southwestern Iranian province of Khuzestan.

"People got sad and angry, and protested," Alboshoka said. In April 2005, demonstrators seeking rights and autonomy clashed with Iranian security forces, and many were killed as the uprising was put down.

"Actually we didn't think they would use live ammunition against us," Alboshoka commented.

A spate of deadly bombings, for which Ahwazi separatist groups took credit, heightened tensions from mid-2005 to mid-2006. Separatists in the oil-rich region had been encouraged by Arab countries that sought to destabilize Iran. In June 2005, after Ahmadinejad came to power, Al Hawir was banned. Alboshoka was among the Ahwazi activists detained that year. 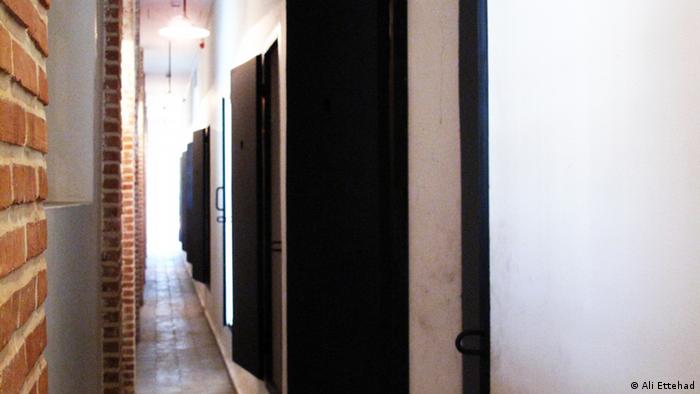 'Once a day torture, twice a day interrogation'

Alboshoka was arrested at the bazaar in his hometown, a small city south of Ahvaz. He said he was handcuffed and blindfolded, and hours later arrived in what he believed to be the city of Ahvaz. There, he said, he was tortured for the first time.

"Once a day torture, twice a day questioning," is how Alboshoka described the four weeks he spent in prison. "For 21 days I was under really bad torture, by cable, by wood, they hung me by my hands," he said. They threatened to kill him and harm his family.

During his detention, authorities sought to force him to divulge information on who organized the Ahwazi protest - which Alboshoka described as a spontaneous uprising - and what international involvement there may have been. Alboshoka said there wasn't any.

He was eventually released, but the crackdown continued, Alboshoka said: In 2006, security services stormed his house, during which they killed his uncle and arrested his entire family, including his 83-year-old grandfather. Most were held for several weeks and apparently tortured. Alboshoka and his cousin, who were not home when the house was raided, fled to Denmark.

His family members have been repeatedly arrested in the years since then. In most cases they were released after some time in detention, Alboshoka said. But in 2011, his cousins and friends were arrested in a sweep against former Al Hawir members.

The five were tortured, including by electric shock, for seven months, Alboshoka said. One man's jaw and teeth were broken, another had his leg broken and a third experienced memory loss. 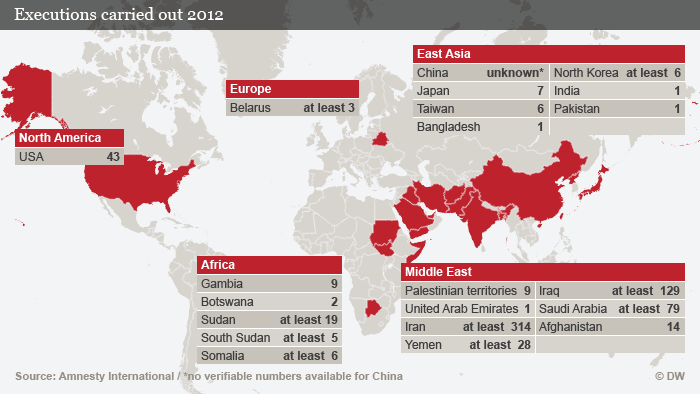 The men were charged with "enmity against God," "corruption on earth," and "spreading propaganda against state security."

They were tried in secret and no evidence was publicly presented against the men, according to Amnesty International. The five were found guilty of links to terrorist groups and sentenced to death. In January their sentences were confirmed.

Amnesty and Kamil Alboshoka have urged international assistance against the death sentences of the men. It would help "if the European Union and other Western governments, and the international community put Iran under pressure, talked about the situation," Alboshoka told DW.

Kate Laycock and Neil King contributed to this report.

Vladislav Kovalyov was executed for a bomb attack in the Minsk subway - unfairly, his mother says. Lyubov Kovalyova tells of her fight against the death penalty in Belarus and her struggle to find her son's grave. (09.04.2013)

'We let the Iranians say whatever they want'

Menache Amir has dedicated his life to bringing Iranians the real news. As if bucking Iranian media control weren't enough, he's also a citizen of one of the countries most vilified by the regime: Israel. (27.03.2013)