A report has attributed a rise in hate crimes against Muslims in the US partly to the policies and rhetoric of US President Donald Trump. The 2017 rise is lower than the 44 percent spike the previous year, but worrisome. 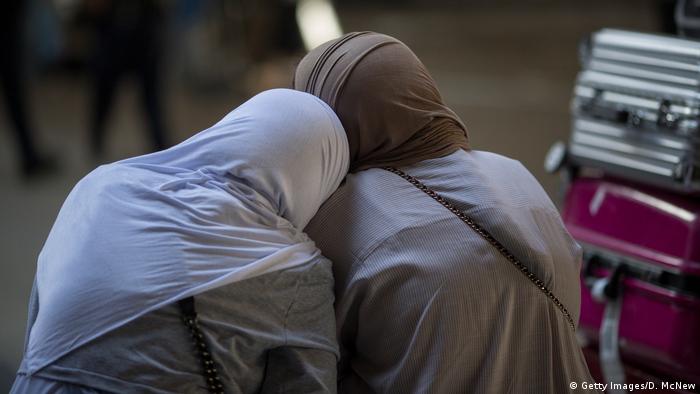 A study published on Monday by advocacy group the Council on American-Islamic Relations (CAIR) revealed 300 recorded cases of hate crimes against Muslims in 2017, a rise of 15 percent.

This is the second consecutive year of increases, according to the the nation's largest Muslim civil rights and advocacy organization, which blamed the jump in part to the policies and language used by US President Donald Trump towards Muslims living in or visiting the US.

"Not only have anti-Muslim bias incidents continued to increase, but a greater percentage of these instances have been violent in nature, targeting American children, youth and families who are Muslim or perceived to be Muslim," said CAIR National Executive Director Nihad Awad.

"This administration's targeting of the American Muslim community and of other minority communities is very clear and should shock the conscience of all Americans," Awad said.

He added the report's findings were an indictment of the "Trump administration's unconstitutional policies."

"There has been nothing like this ever, for the Muslim community to be regularly the punching bag of the president of the US," said Gadeir Abbas, an attorney with CAIR.

In January 2017, Trump signed an executive order stopping all refugee admissions into the US and temporarily barring people from seven Muslim-majority countries. He said the executive order made good on his election promises to "make America great again."

Trump said at the time it was not a Muslim ban. "This is not about religion; this is about terror and keeping our country safe. There are over 40 different countries worldwide that are majority Muslim that are not affected by this order."

It was reported in March that Trump's pick to head the international organization coordinating assistance to migrants worldwide, Ken Isaacs, had written on Twitter that Austria and Switzerland should consider building a wall in the Alps to keep refugees out.

The UN's International Organization for Migration is a 169-member group whose mission is to promote "humane and orderly migration."

What is a hate crime? Recorded hate crimes ranged from the June beating of a Muslim man in the Bronx borough of New York by attackers calling him a terrorist to a November incident when a restaurant owned by a Muslim family was burned down in Kansas.

What is anti-Muslim bias? This included harassment, employment discrimination and Muslims subjected to what CAIR recorded as biased treatment by government agencies. 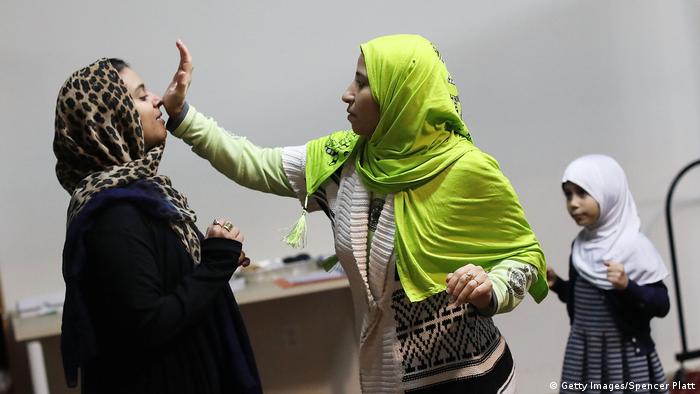 Muslim women at a self defense class in New York City.

US authorities to blame: Incidents in which the complainant was inappropriately targeted by US Customs and Border Protection (CBP) made up 13 percent of cases of bias. Cases in which the FBI harassed or inappropriately targeted the complainant made up 10 percent. The FBI is yet to release its figures for 2017; however its 2016 data showed an even higher number of recorded hate crimes targeting Muslims, namely 307.

Canada has seen a spike in suspected hate crimes since a fatal attack on a mosque in Quebec City. Experts now say rising xenophobia and divisive, political rhetoric is cause for concern, Jillian Kestler-D'Amours reports. (25.02.2017)

Germany's Interior Ministry says that at least 950 hate crimes were committed against Muslims or mosques in the country in 2017, a newspaper has reported. Thirty-three people were injured in attacks. (03.03.2018)