Weidel left when she was asked by a CSU leader to distance herself from the xenophobic comments made by her party colleague. She was on a panel with some of Germany's leading politicians. 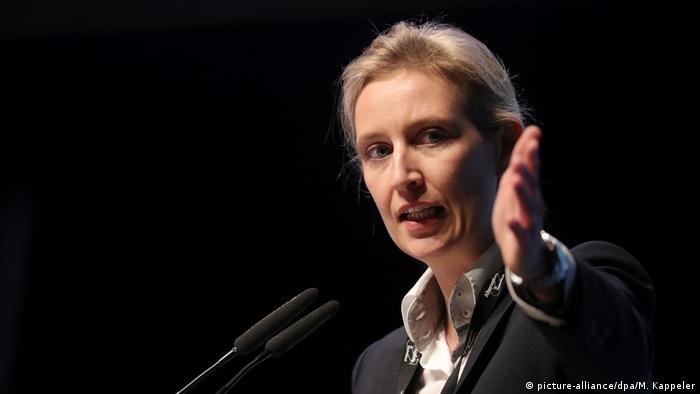 Right-wing Alternative for Germany (AfD) party's co-candidate Alice Weidel walked out a TV debate being held in the run-up to Germany's federal elections.

Weidel got into an exchange of words with Andreas Scheuer 40 minutes into the program, when the Christian Social Union (CSU) leader was replying to a question on integration.

She interrupted Scheuer as he was trying to make his point, asking him if he was suggesting integration meant "legalizing illegal immigration."

Scheuer responded by asking her if she would distance herself from the xenophobic statements made by her party's co-candidate Alexander Gauland.

She walked off immediately after Scheuer said the AfD was a "radical right-wing party."

The applause in the German public broadcaster ZDF's studio intensified as she walked off.

Weidel later took to Twitter to lash out at one of the moderators of the debate. In her statement, she accused Marietta Slomka of being "biased and totally unprofessional."

She wrote Slomka "found common ground with the SPD's and the Greens' brazen intolerance and crude arguments," referring to the German political parties.

ZDF's Editor-in-chief Peter Frey on Wednesday rejected her accusations, saying that Slomka had presented the debate in a "fair and calm" way, adding that id candidates "lash out they have to be able to take it on the chin, too."

Weidel, an economist, was elected AfD's lead candidate for the forthcoming election, after former leader Frauke Petry decided not to run.

She is often regarded as AfD's voice of reason for her knack for sidestepping the racist and xenophobic remarks by her party leaders.