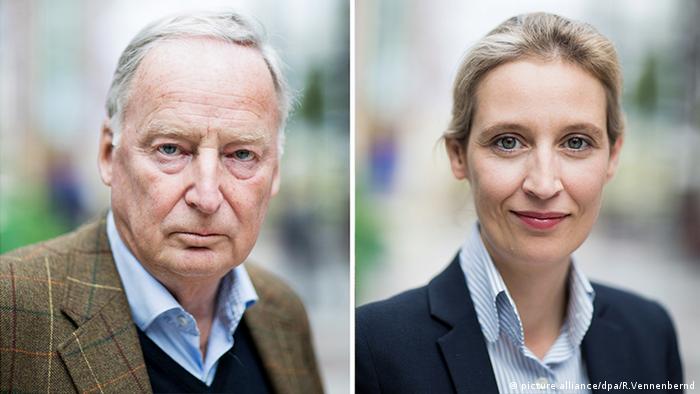 Opinion: What is behind Frauke Petry's decision?

Frauke Petry's decision not to run as the AfD's lead candidate in Germany's national election doesn't signal the end of her quest for power. She considers another choice more important, says Kay-Alexander Scholz. (19.04.2017)

Germany’s right-wing AfD has gotten off to a rough start at its national convention in Cologne. For protesters, though, the day was as much a street party as about the political party. DW’S Elizabeth Schumacher reports. (22.04.2017)

Delegates to the widely-protested congress in Cologne of the Alternative for Germany (AfD) party chose Gauland and Weidel Sunday after Petry failed on Saturday to moderate the party's role. Gauland is widely regarded as the AfD's lead tactician and advocate of right-wing nationalism.

The 600 delegates voted by 67.7 percent to endorse Potsdam-based Gauland, 76, who once had various roles in Chancellor Angela Merkel's Christian Democrat (CDU) party, especially in Hesse in the late-80s, and Weidel from the AfD's Baden-Württemberg branch.

To applause, Weidel, a business consultant active in China, said the AfD would "not be forced to keep its mouth shut," adding that "political correctness" belonged to the "waste heap of history."

Just before last year's Euro 2016 soccer championship, Gauland said Germans valued national football player Jerome Boateng - whose father is Ghanaian - as a sportsman but "would not want to live next to someone like him."

The AfD's other co-chairman, Jörg Meuthen, like Petry, also did not seek electoral candidacy, but was applauded by delegates.

Their policy program also calls for Germany's departure from the eurozone and reintroduction of a new national currency - to be again called the Deutsche-Mark (DEM).

Delegates also endorsed measures to boost birthrates and promote families by motivating Germans to bring more children into the world to maintain what they termed the nation's Staatsvolk or "own constitutive people." 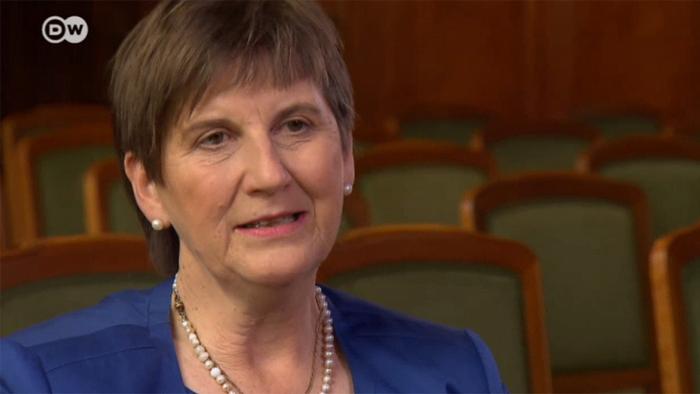 Outside the venue, at Cologne's central Maritim Hotel, an estimated 10,000 opponents of the AfD, drawn from some 70 civic groups, protested Saturday, with the city tightly guarded by 4,000 heavily equipped police officers.

In further opposition, the Catholic church's youth organization, Bund Neudeutschland (ND) described the AfD's policies as contrary to the Christian view of humanity.

The ND's executive meeting in Würzburg at the weekend said interaction between Christians and the AfD was "wrong and dangerous" and described its family and gender policies as attempts to "ethnically instrumentalize" people of other origins.

"The AfD is folk-nationalist and foreigner-hostile," said ND director Claudi Lücking-Michel, who is also a CDU parliamentarian in Merkel's ranks.

During Saturday's Cologne protests, Catholic bishop Kardinal Rainer Maria Woelki said participants were out on the streets to emphasis "world-openness, tolerance and solidarity."

Petry, in conference remarks on Saturday, described the church statements about the AfD as "derogatory" and "ugly."