An Argentine research base has measured the highest temperature on Antarctica on record. Rising temperatures are accelerating melt-off from glaciers and ice sheets, threatening island nations and coastal towns. 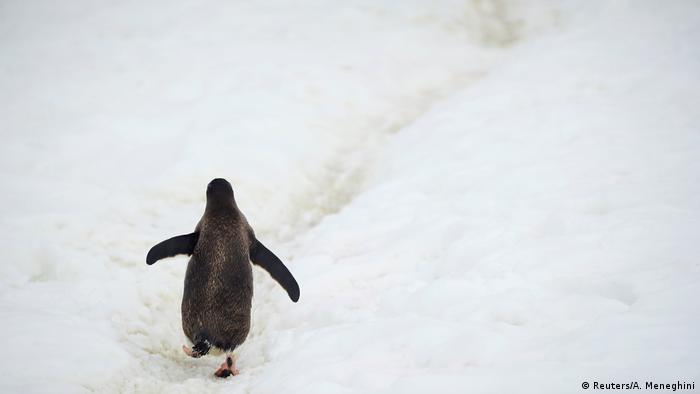 Thursday saw temperatures peak at 18.3 degrees Celsius (64.9 degrees Fahrenheit) at the Esperanza research station. According to the meteorological service, it was the highest temperature on record since 1961.

The World Meteorological Organization (WMO) said Friday it would verify whether the readings would amount to a new record.

Clare Nullis, a spokesperson for the UN weather agency, said that if the figures from the research base are confirmed, they could be a record high for Antarctica.

"Everything we have seen thus far indicates a likely legitimate record but we will, of course, begin a formal evaluation of the record once we have full data from SMN [Argentina’s weather service] and on the meteorological conditions surrounding the event," said Randal Cerveny from WMO's Weather and Climate Extremes.

"The record appears to be likely associated (in the short term) with what we call a regional `foehn' event over the area," Cerveny added, referring to the quick warm air that comes down a mountain or slope.

Argentina, a signatory of the 1961 Antarctic Treaty, has several scientific research bases in Antarctica. The country has had a presence on the continent for the past 114 years.

Rising temperatures are causing glaciers and ice sheets in Antarctica to melt at an accelerated speed. Sea-levels are on the rise, threatening small island nations and cities along coastlines.

According to the WMO, the Antarctic Peninsula, located on the icy continent’s northwest tip close to South America, is among the most rapidly warming regions on the planet, at nearly 3 degrees Celsius over the last half-century.

Approximately 87% of glaciers along the peninsula’s west coast have shown "an accelerated retreat" over the last 12 years, WMO reported.

Antarctica: Working in the icy wastes

Ocean waters hit their highest temperature ever last year, and the rate at which they are warming is speeding up, a new study has revealed. Researchers called the new data "further proof of global warming." (14.01.2020)

Representatives from Fridays for Future, Greenpeace and others are planning to lodge a complaint with the Constitutional Court to force the German government into action over climate protection. (15.01.2020)