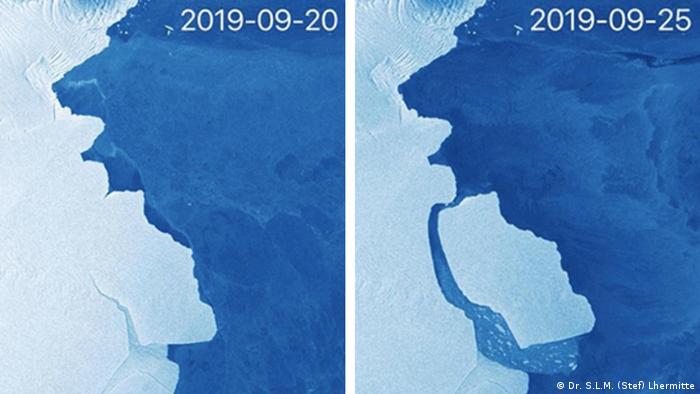 An iceberg the size of Gran Canaria has broken off the Amery Ice Shelf in Antarctica, in an event that was long awaited by scientists.

The calving of the iceberg, which has been named D28, was captured by the EU's Sentinel-1 satellite system. The new ice block has an area of more than 1,500 square kilometers (579 square miles).

The last major calving event at the shelf occurred in the early 1960s, NASA and other experts said, when a block measuring roughly 9,800 square kilometers broke off.

The block detached near a feature called "loose tooth" by glaciologists, a section of ice that has been in the process of pulling away from the shelf for more than 10 years, giving rise to the jagged shape that suggested its nickname.

Helen Fricker from the Scripps Institution of Oceanography told British news service BBC that the latest calving event was not due to climate change.

"While there is much to be concerned about in Antarctica, there is no cause for alarm yet for this particular ice shelf," Fricker said.