The melting of small ice shelves surrounding Antarctica could lead to even bigger melt of glaciers hundreds of kilometers inland, compounding sea-level rise. 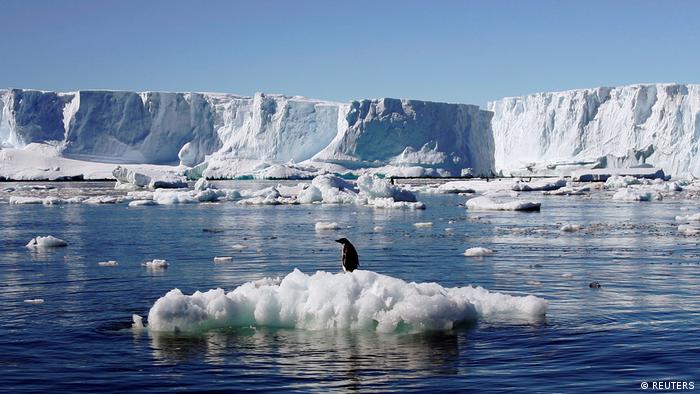 We know that polar ice melt is pushing up the global sea level. And we know that warmer ocean temperatures are melting ice shelves floating in the seas off Antarctica. But like ice cubes in a glass, because ice shelves are already in the water, they don't raise sea levels when they melt.

However, a new study by the Potsdam Institute for Climate Impact Research (PIK) and the British Antarctic Survey brings the worrying news that melting ice shelves can have a knock-on effect on ice flows, accelerating inland ice melt and pushing up the sea level.

"Ice shelves are highly important. They can buttress the ice flow from the continent into the ocean," Ronja Reese, lead author of the study and researcher at PIK, told DW. Erosion of ice shelves that regulate the flow means more water ends up in the ocean.

The researchers found this effect was bigger than previously thought, and the thinning of a small, localized areas of ice shelf can accelerate the melting of glaciers hundreds of kilometers inland.

Reese and her colleagues linked minor ice shelf losses near tiny Ross Island off the Antarctic coast with an accelerated glacial ice flow 900 kilometers (560 miles) away on the Ross Ice Shelf — Antarctica's largest.

Polar ice doesn't melt at its surface. The air above most of the Antarctic continent is constantly below the freezing. The main risk for ice stability comes from the surrounding ocean — which is getting warmer. 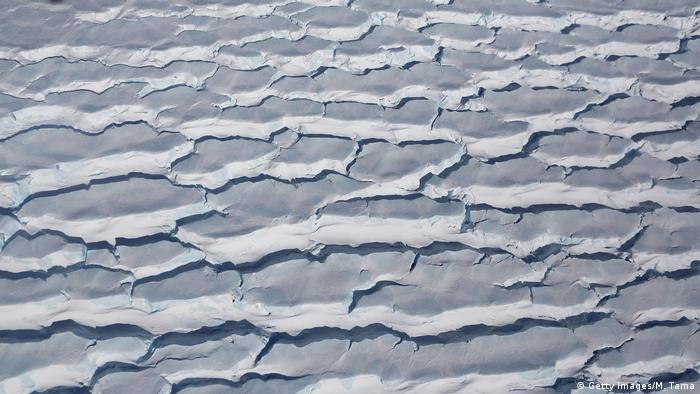 "Ice shelves are especially vulnerable to changes in the surrounding atmosphere and ocean," Reese explains. "They have lower surface elevations than the continental ice and are in direct contact with the ocean at their base. This makes them the weak spots of Antarctica."

They found that not only areas where ice shelves meet the land, but also the fringes of some ice shelves, have an impact on inland ice flow. These are often the parts closest to the warming seas.

The researchers say they cannot forecast just how fast Antarctica will melt. But their findings are a clear sign that global warming is already impacting the South Pole.

"It shows the risks we run in Antarctica if we do not limit heating up our planet," co-author Anders Levermann from PIK and Columbia University's LDEO, said in a statement.

The study should serve as a warning that "what has been called eternal ice might not be so eternal after all," Levermann added.

Antarctica has already been making ever-bleaker headlines this year. 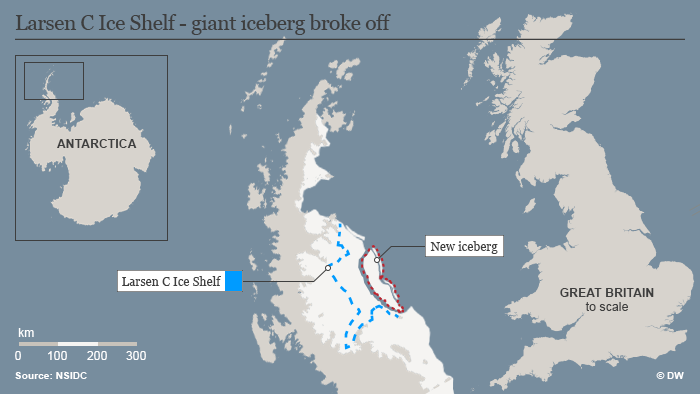 Break-away icebergs in Antarctica are part of a natural cycle. But scientists are observing these "calving" events closely to make long-term forecasts and prepare for the disintegration of still bigger ice shelves.

In November, meteorologist Eric Holthaus warned of an "ice apocalypse" in environment magazine Grist, arguing that the rapid collapse of Antarctic glaciers could flood coastal cities by the end of this century.

Not everyone in the scientific community is convinced by Holthaus' arguments, but the authors of the PIK study agree that sea levels will rise unless action is taken.

The mystery of Antarctica's Blood Falls

Of all the sights in Antarctica, a kind of blood-red waterfall isn't one you'd necessarily expect to find. DW's Global Ideas takes a look at the mystery behind this natural phenomenon. (31.07.2017)

A massive piece of an ice shelf in West Antarctica is poised to break off any day now. A possible collapse of the Larsen C ice shelf has scientists worried. Why? Expert John Abraham explains - and speaks out about Trump. (03.07.2017)