The mystery of Antarctica's Blood Falls

Of all the sights in Antarctica, a kind of blood-red waterfall isn't one you'd necessarily expect to find. DW's Global Ideas takes a look at the mystery behind this natural phenomenon. 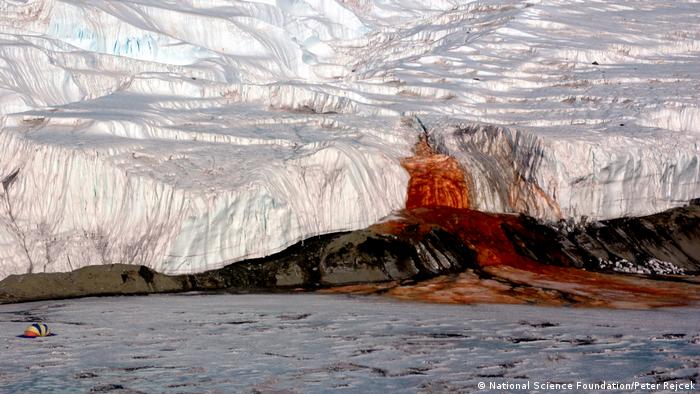 It's a bizarre sight not out of place in a horror or science fiction movie: a reddish liquid seeps out of the side of Taylor Glacier in Antarctica.

Blood Falls, as the phenomenon is known, has fascinated scientists since Griffith Taylor, a geologist on Captain Robert F. Scott's doomed Antarctic expedition, discovered it a century ago, according to the US National Science Foundation.

The falls are located in an area known as the McMurdo Dry Valleys, a patch of snow-free ground in one of the snowiest places on earth. Katabatic winds - cold dry air that rolls down toward the valleys from higher altitudes - sweeps it all away.

When Taylor first discovered Blood Falls he surmised red algae caused the coloration. Now scientists know the "blood" is an iron-rich, briny liquid that seeps out from a pool underneath the glacier. When the liquid reaches the surface it oxidizes, resulting in a rusty color. 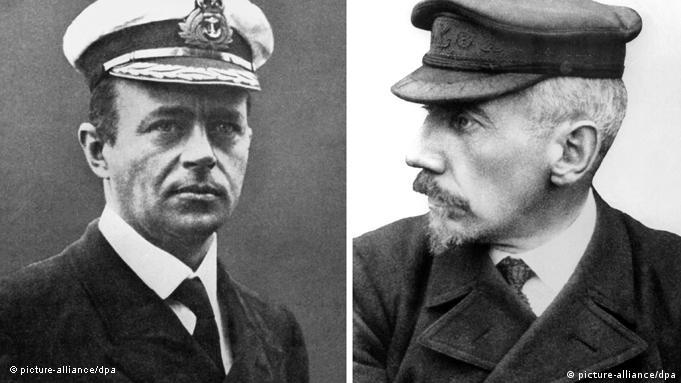 Robert F. Scott (left), the British marine officer who led the doomed Terra Nova expedition to the South Pole, during which he and his team perished in freezing temperatures

The liquid travels through a network of pressurized crevasses and into the ice until it reaches the surface. Water releases heat as it freezes. That heat warms the surrounding colder ice and because salt water has a lower freezing temperature than freshwater, the liquid can flow through the ice.

A whole ecosystem lives underneath the Taylor Glacier, according to scientists. In a habitat with no oxygen or sunlight, unique microbes, for instance, have evolved over time to live on sulfur and iron compounds. Who knows what other untold wonders live beneath the ice?

Where a trillion-ton iceberg calved last week, researchers have detected a new rift. The concern is that the Larsen C ice shelf will destabilize and collapse, releasing glacial ice into the sea. (20.07.2017)