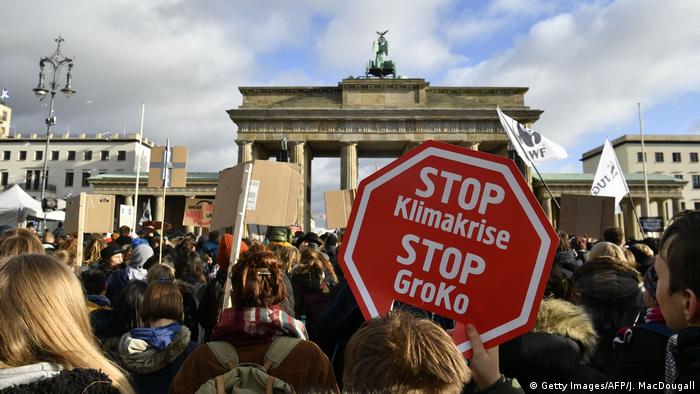 Young climate activists and several environmental organizations are to lodge three new constitutional complaints against the federal government and the German parliament, the Bundestag.

The groups, including Greenpeace, Germanwatch and the German Environmental Aid Association (DUH), want to see Germany's climate laws revised. They revealed details of their plan on Wednesday in Berlin.

Luisa Neubauer from Fridays for Future is also involved. "Together with some other young people, I will file a climate change suit with the Federal Constitutional Court," she tweeted.

"It's no longer about future generations," Neubauer said at the press conference. "It's about us."

The activists also discussed the current status of a climate suit filed by BUND — Friends of the Earth Germany association, at the end of 2018.

The first environmental lawsuit against the federal government was submitted by three farming families in October 18, according to Der Spiegel. The Berlin Administrative Court dismissed the suit, which was filed with the help of Greenpeace.

In addition to the upcoming constitutional complaints, Neubauer has been at the center of a dispute with the CEO of German manufacturing group Siemens, Joe Kaeser.

"You better watch us Siemens, see you at your AGM," she wrote on Twitter, referring to the company's controversial Adani coal mining project in Australia. On Monday, she turned down a seat on the board of Siemens Energy, saying that the seat would undermine her independence.