Germany's Bundesrat has approved the government's climate package after it was amended by a mediation committee. Parts of the original package had been blocked over cost-sharing concerns. 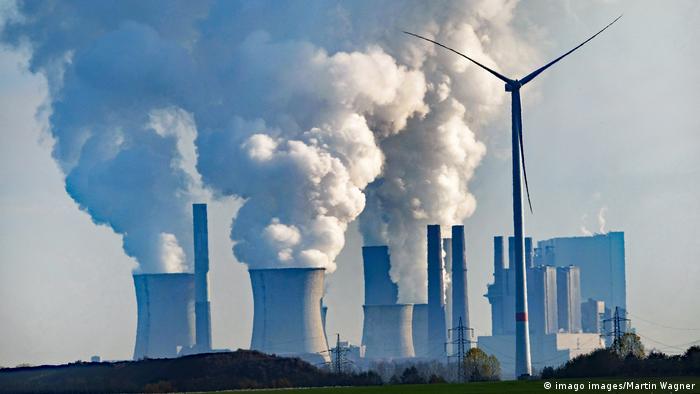 A package of measures to combat climate change devised by Germany's government received final approval from the upper house of parliament, the Bundesrat, on Friday, paving the way for lower prices for train travel, among other things.

The package, which was approved by the Cabinet three months ago, was amended after the governments of Germany's 16 federal states voiced concerns that they would bear the costs of lowering taxes on long-distance trains, tax benefits for energy-saving home renovations and an increase in the commuters allowance.

Under the amended package, they will receive compensation for the losses in tax revenue.

The revised package also sees the initially proposed CO2 price of €10 ($11) per metric ton (1.1 short tons or 2,205 pounds) raised to €25. That price is envisaged to rise even further to €55 by 2025, though parliament must first enshrine the increase in law.

The Bundesrat, which represents the governments of Germany's 16 federal states, also approved a rise in the tax-deductible sum granted to commuters and tax benefits for energy-saving home renovations.

The amended package aims to relieve the burden on consumers by reducing the surcharge for the financing of renewable energy sources in Germany (the so-called EEG surcharge), resulting in lower electricity prices. Train tickets will also be some 10% cheaper as a result of a reduction in sales tax.

The Social Democrat premier of the state of Mecklenburg-Western Pomerania, Manuela Schwesig, who played a large role in negotiating the compromises, said the amended package had "more climate protection and more social balance."

Under its climate protection act, Germany is obliged to cut greenhouse gas emissions by 55% by 2030, compared to 1990 levels.

The environmental organization Friends of the Earth Germany (BUND) has criticized the package, calling for a much higher CO2 price starting at €50 and climbing to €200 by 2030. BUND traffic expert Werner Reh also slammed what he called "a retention of environmentally damaging subsidies for diesel and kerosene and the even higher commuters allowance."

The leader of the Greens parliamentary party, Anton Hofreiter, also criticized the measures for not going far enough to meet Germany's obligations under the 2015 Paris Agreement, saying that the higher CO2 price was "no breakthrough" in climate protection.

Under the Paris Agreement, a number of governments, including Germany's, pledged to take measures to keep a global temperature rise this century well below 2 degrees Celsius (3.6 Fahrenheit) above pre-industrial levels. Many climate activists say that the climate package will not reduce Germany's CO2 emissions sufficiently for it to keep its pledge.

Australia has felt severe impacts from climate change in recent years, but until now had been well behind most other industrialized nations in its climate protection pledges.