Ankara places indirect blame on Europe for PKK violence | Europe | News and current affairs from around the continent | DW | 19.10.2011

Following Wednesday's bloody PKK attacks on Turkish military posts, Ankara was quick to lay the blame, at least partially, on its Western neighbor. Turkey urged the EU to help it "take action" against separatists. 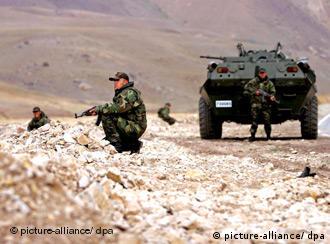 Ankara says Europe is involved in the violence - in part

The news of the PKK's bloody attack on Turkish posts in Hakkari province had just come in when Turkey's EU minister, Egemen Bagis, cancelled all his Wednesday appointments and summoned the EU ambassador in Ankara, Marc Pierini.

The talks lasted around 90 minutes and were followed by a press conference during which Minister Bagis read a statement saying "true friendship cannot be measured solely by sincerity, and now we expect more than ever from our friends."

"EU member states can no longer accept the PKK's terror without doing anything about it," the minister added.

The charge is nothing new; for years Turkey has accused Europe lack of concrete action against the activities of the Kurdistan separatist movement in the bloc. Turkish politicians have pointed out to their European counterparts time and again that PKK media outlets continually broadcast propaganda to Turkey from within the EU.

Thorn in Ankara's side: Roj TV 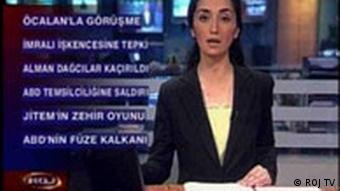 Turkey has referred in particular to the station Roj TV, which broadcasts from Denmark throughout the globe, including Turkey, the Middle East and countries in Western Europe. In Germany, however, the Roj TV's offices have been closed, due to Berlin's objection to the broadcaster's unabashed calls for violence and the incendiary rhetoric used therein.

The PKK reacted swiftly to Berlin's prohibition by kidnapping a group of German mountain climbers in southern Turkey - a retaliation for "the recent measures taken by the German state against the groups and supporters of the PKK," as the kidnappers explained.

The banning of the channel for viewers within Germany, however, goes against European law, making it impossible for the federal government to take any action. Whether or not the content is "incendiary" - as German authorities have described it - the only country that can ban the broadcaster is Denmark, where its headquarters is located.

Ankara objects to such laws that make it difficult to carry out bans on incendiary broadcasters and to arrest those involved. 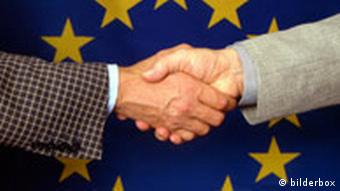 The EU is willing to "work together" concretely

"I would like to say something to all those people who have been throwing their statements about human rights to this band of criminals for years," Minister Bagis said after the meeting on Wednesday: "The right to life is the highest human right; there is no right more important, and this is something that everybody should be aware of."

Bagis was alluding to the several victims that have been claimed in the past weeks and months alone by PKK attacks. The violence has taken the lives of soldiers, police officers and many civilians.

Pierini was quick to add that such acts of cruelty were by no means supported by Europe.

"We are in agreement that we must act together in a concrete manner," he said.

Turkish troops have reportedly killed at least 15 Kurdish militants in retaliation for earlier attacks by the rebels on Turkish officers near the Iraqi border. At least 26 Turkish troops were killed. (19.10.2011)

On an official visit to Turkey, German Foreign Minister Guido Westerwelle has reminded Ankara that the road to eventual EU membership will be long and winding. (13.10.2011)

The Middle East is more important to Turkey's economic and security interests than Europe is, says a new study. But analysts say Turkey's approach to domestic challenges could undermine the recent gains made abroad. (26.09.2011)

Russia said it had invited the Red Cross and the UN to visit a prison where dozens of prisoners of war died. Meanwhile, Ukraine's president ordered residents to leave the eastern Donetsk region. DW rounds up the latest.