US, Europe condemn deadly Kurdish rebel attack in Turkey | Europe | News and current affairs from around the continent | DW | 19.10.2011

Support for Turkey has poured in from the international community following the deadly attacks carried out by Kurdish rebels on the Turkish border. The EU said it stood behind Turkey in its fight against the PKK. 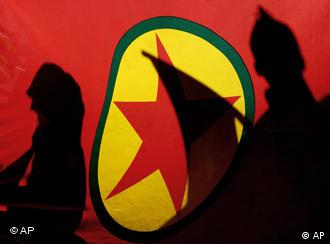 The PKK is fighting for autonomy for Kurds in Turkey

Hours after news broke of the violent attacks against Turkish posts on the Iraqi border, the international community began pouring in support for Ankara and issuing condemnation of the Kurdish Workers' Party (PKK), who claimed responsibility for the killings.

German Foreign Minister Guido Westerwelle said he was "alarmed and shaken" by the high number of victims in the simultaneous attacks, which according to health officials killed 24 Turkish soldiers and injured over a dozen others. 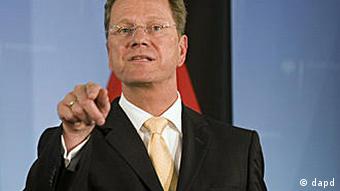 Westerwelle said he was 'alarmed and shaken'

"The federal government views with great concern the flare-up of the conflict in the Kurdish areas and clear increase of violence connected to it since the Turkish parliamentary elections on June 12, 2011," Westerwelle said.

US President Barack Obama said in a statement that his country would "continue strong cooperation with the Turkish government as it works to defeat the terrorist threat from the PKK and to bring peace, stability and prosperity to all the people of southeast Turkey."

EU foreign policy chief Catherine Ashton expressed deep concern over the attacks and said the EU continued to view the PKK as a "terrorist" organization.

Authorities in Iraq's autonomous Kurdistan region, where the PKK is based, condemned the killings, which Iraqi Kurdish president Massud Barzani described as being directed "first and foremost against the interests of the people of Kurdistan."

'Revenge will be great'

Turkey vowed "great revenge" in response to the attack, and reports said a counterattack by the Turkish military had killed at least 15 Kurdish rebels on the Turkish border to Iraq; around 500 Turkish troops were also said to have crossed the border into Iraq, with some of them flown into the country.

"The revenge for this attempt will be great," Turkish President Abdullah Gül said early on Wednesday. Gül was in Hakkari late last week to visit troops, a move that prompted anticipation of a Turkish incursion into Iraq.

"Turkey will continue fighting with terrorism until the end with determination," Gül also said.

The PKK's spokesman countered that Ankara faced a "bigger hit" if the Turkish military followed through with its ground incursion into the mountains of northern Iraq where Kurdish rebels are based.

The rebels launched eight separate and simultaneous attacks on military outposts and police stations near the Iraqi border early on Wednesday. The death toll is the heaviest suffered by the Turkish army since 1993, when the PKK attacked 33 unarmed soldiers in Bingol province, in southeast Turkey.

Prime Minister Recep Tayyip Erdogan, who said those responsible would be pursued "until the end," called off a planned trip to Kazakhstan due to the attacks, while Foreign Minister Ahmet Davutoglu cancelled his trip to Serbia.

The strikes occurred in a political context that had given rise to hope for a return to peace. At the beginning of the month, the Kurdish nationalist legislators ended their boycott of parliament and resumed their seats. 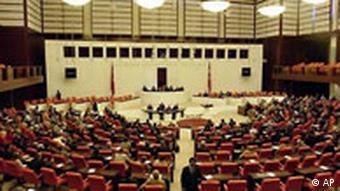 The speaker of parliament, Cemil Cicek, indicated that their move opened the way for informal talks between the Kurds' Peace and Democracy Party (BDP) and Erdogan's Justice and Development Party (AKP).

The PKK first took up arms in 1984 in its fight for an autonomous Kurdistan and more rights for Kurds in Turkey. Violent attacks against Turkish targets have been on the rise in recent weeks and months.

Following Wednesday's bloody PKK attacks on Turkish military posts, Ankara was quick to lay the blame, at least partially, on its Western neighbor. Turkey urged the EU to help it "take action" against separatists. (19.10.2011)

On an official visit to Turkey, German Foreign Minister Guido Westerwelle has reminded Ankara that the road to eventual EU membership will be long and winding. (13.10.2011)