Angela Merkel rules out German bailout for Greece | Europe | News and current affairs from around the continent | DW | 01.03.2010

Chancellor Merkel has taken a tough line on the issue of bailing out countries which fail to meet Eurozone criteria. And the EU finance chief has told Greek officials that Greece needs to do more to lower its deficit. 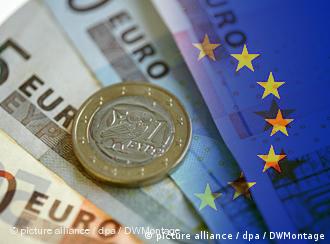 The EU may help Greece, but it wants Greece to help itself

The EU's top finance chief said Monday that the Eurozone is prepared to take concerted action to support Greece, but he emphasised that Greece needs to make more of an effort to reduce its deficit.

"I am asking the Greek government to announce new measures [to reduce its deficit] in the coming days," said EU Monetary Affairs Commissioner Olli Rehn, following a meeting with Greek Finance Minister George Papaconstantinou in Athens.

Rehn traveled to Greece Monday to meet with top Greek officials and inspect the country's efforts to tackle its massive debt and deficit and stabilize the euro. 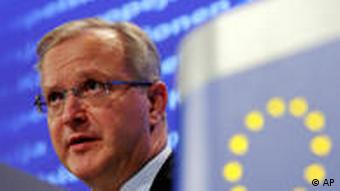 The strength of the European currency has been wavering in recent months since Greece's financial revelations, with fears that the problem could spread to other euro-zone countries with big deficits, like Spain and Portugal.

Athens has already pledged to make extensive cuts in public sector spending, increase taxes and fight tax evasion in an attempt to restore investor confidence and cut the deficit by four percentage points this year. If the government's proposed plans prove insufficient, EU finance ministers meeting on March 16 could demand even stricter measures.

Rehn's visit will include meetings with Greek Prime Minister George Papandreou, Economy Minister Louka Katseli and George Provopoulos, the governor of the Bank of Greece.

The visit comes amid signs that Athens might be close to securing a rescue package from European Union governments.

However, Chancellor Angela Merkel dismissed talk of a German bailout for Greece on Sunday, saying "there is absolutely no question of it." 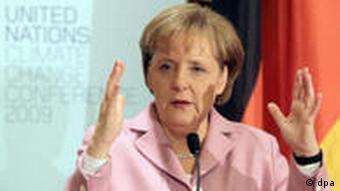 "We have a [European] treaty under which there is no possibility of paying to bailout states in difficulty," she said in an interview on ARD public television. The chancellor also ruled out any support in the form of state guarantees to the banking sector.

Merkel will meet with Papandreou in Berlin on Friday for talks, following the PM's meeting last week with the head of Deutsche Bank.

In an attempt to bring down its deficit, which at 12.7 percent of gross domestic product is more than four times the allowed EU limit, Greece plans to cut state spending, increase tax revenues and clean up fiscal mismanagement.

"Greece must step up its efforts to limit its public deficit," said Luxembourg Prime Minister Jean-Claude Juncker, head of the eurogroup of ministers that oversee the euro zone, in a statement to Eleftherotypia daily on Sunday. "It must focus on further spending cuts and on ways to increase revenue.

"Greece must understand that taxpayers in Germany, Belgium or Luxembourg are not prepared to correct Greek fiscal policy mistakes," he said.

In reaction to Greece's economic troubles, the euro dropped to a one-year low against the yen last week. On Friday, the euro was trading at about 1.36 dollars, compared to 1.45 dollars in December.

Plan for Germany to buy Greek bonds dismissed as 'nonsense'

A German MEP says Germany, France and the Netherlands will buy Greek bonds to help Athens deal with its debt. A senior German official has dismissed the claims. (27.02.2010)

Violence erupted in Athens as thousands marched on parliament to demonstrate against the government's austerity plan. (24.02.2010)

Greece needs billions in additional credit this year to stay in business. (01.03.2010)