At her annual summer press conference, German Chancellor Angela Merkel strongly criticized the US leader for his recent diatribe against Democratic congresswomen, saying it went against America's strength. 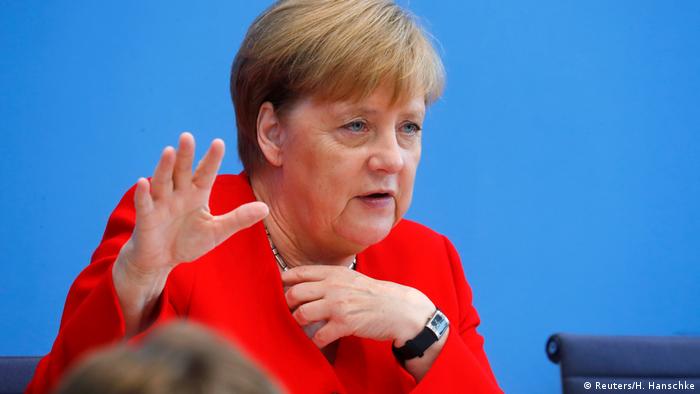 "I firmly distance myself from it and feel solidarity toward the attacked women," Merkel said at her annual summer press conference in Berlin on Friday. 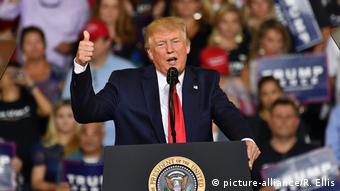 The chancellor said that "people of very different nationalities have contributed to the strength of the American people."

She added that Trump's statements "contradict the strength of America."

Merkel joined other international leaders who have criticized Trump. The US president had tweeted that the congresswomen from the Democratic Party should "go back and help fix the totally broken and crime infested places from which they came."

All congresswomen are US citizens, and three of them were born in the United States.

Trump's remarks were criticized as "racist," although he dismissed that description and said he did not have "a racist bone" in his body.

'I understand questions about my health'

Merkel also used the press conference to once again dispel doubts about her health, after three recent shaking spells in public caused concern in the country.

"I understand questions about my health, and I have already given an answer," Merkel said.

"It is important that I commit myself to the responsibility of acting as head of government. Now, I would just say that you have known me for a while. And I can perform this function," she said.

The German chancellor, who turned 65 this week, said she also had a personal interest in her good health.

"As I said, I will finish my political work in 2021, but I hope that life will continue after that, and I would like it to continue in a healthy way," she said.

The press conference, with its trademark blue background, is a traditional event which began under former Chancellor Helmut Kohl, in office from 1982 to 1998.

It was here in August 2015 that Merkel uttered one of the sentences that will undoubtedly mark her legacy. "We can do this (Wir schaffen das)," she said, referring to Germany taking in over 1 million migrants at the height of the refugee crisis.

Merkel also fielded questions about Ursula von der Leyen, who was voted new EU Commission president this week, saying that her election was "really good news for Europe" and a reason to be "proud" from a German perspective.

Merkel added that von der Leyen's confirmation had avoided uncertainty and conflict among European institutions, which would be important in the future regarding pressing issues such as Brexit.

The chancellor showed no intention of amending the withdrawal agreement between the UK and the EU, saying it had been carefully negotiated, but she did say the declaration on the future relationship between the EU and the UK could be refined. And this, in turn, could have an impact on the Irish border question. 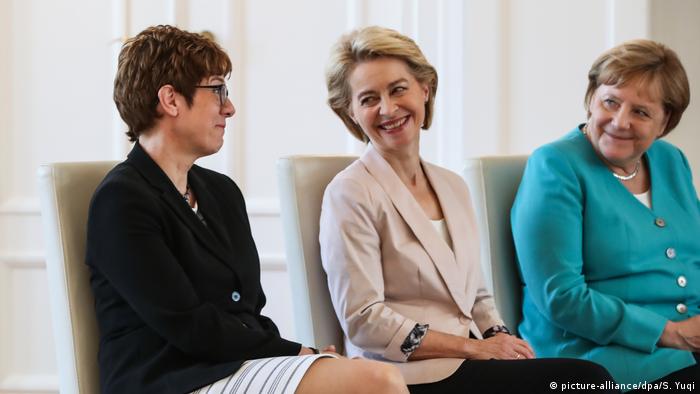 The announcement of Kramp-Karrenbauer's new position came as a surprise in Berlin, but Merkel defended the decision by saying she had the "political weight" to lead the ministry, one of Germany's most important and most controversial Cabinet positions.

Both Kramp-Karrenbauer and von der Leyen are among Merkel's closest advisers, and their new roles have been analyzed as a way in which Merkel is securing part of her political legacy.

The chancellor reiterated that she believed her government was "capable of working" despite serious infighting that has threatened the coalition.

And she said there was a lot of work to be done after the summer break, in such areas as climate protection and digital development.

"I have to fulfill my tasks," she said.

Germany's Angela Merkel at 65: The chancellor who defined an era

Angela Merkel was born on July 17, 1954. She became German chancellor in 2005, fundamentally changing the country. Often praised for her calm demeanor, her time in power has nonetheless been turbulent. (17.07.2019)