A Dutch theater has staged a "Wagnerian electro-opera" about German Chancellor Angela Merkel, a "woman whom nobody really knows." The play focuses on struggles she faced during her career, and her upcoming departure. 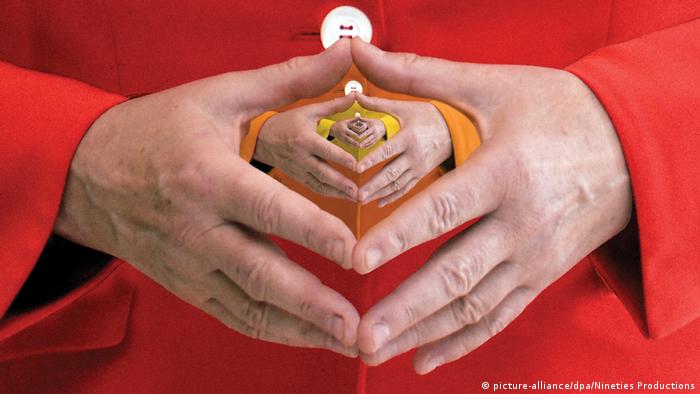 A musical dedicated to Germany's Angela Merkel went on tour in the Netherlands on Friday, after premiering earlier this week in the central Dutch town of Utrecht.

Nineties Productions describes its spectacle as "a Wagnerian electro-opera" featuring the character of "the most influential woman of this moment in history."

Merkel is played by a male actor, Benjamin Moen, and the show features video clips, opera segments and dialogue.

The creators say they tried to piece together their image of Merkel by traveling to Germany, to the chancellor's childhood home, the Berlin supermarket where she does her grocery shopping, and the German parliament, the Bundestag. They also used biographical sources, political speeches, childhood memories and sources close to the German leader to show a "woman whom nobody really knows."

Read more: Merkel 'hiding things' in her past, biographer says

'Taken aback' by world after Merkel

The 64-year-old German chancellor has been in power since 2005. Throughout her turbulent rule, she has maintained a strangely inconspicuous public image. She has pledged that her fourth term, set to expire in 2021, would be her last.

"Our generation grew up with her," the 31-year-old director Floor Houwink ten Cate said.

"When she leaves politics, it will be the end of an era," she was quoted as saying by Germany's DPA news agency. "And we are taken aback."

The play emphasizes the refugee crisis of 2015, with Merkel's famous statement "We can do this" in reference to Germany being able to handle the arrival of a very large number of refugees and migrants. It also shows the eurozone debt crisis, the apparent death of a united Europe and Merkel's clashes with Russia's Vladimir Putin, who is presented as a devil-like character.

"Merkel" is due to tour the Netherlands until mid-May.

A separate play dedicated to the chancellor, "Angela I" premiered in the Germany city of Bremen earlier this month.