Angela Merkel has a huge lead in polls ahead of German election - but are they accurate? | Germany | News and in-depth reporting from Berlin and beyond | DW | 24.09.2017

Angela Merkel has a huge lead in polls ahead of German election - but are they accurate?

Voter polls in the US and UK got it wrong with Donald Trump and Brexit. So how confident are experts that German Chancellor Angela Merkel's lead in public opinion surveys will hold up? 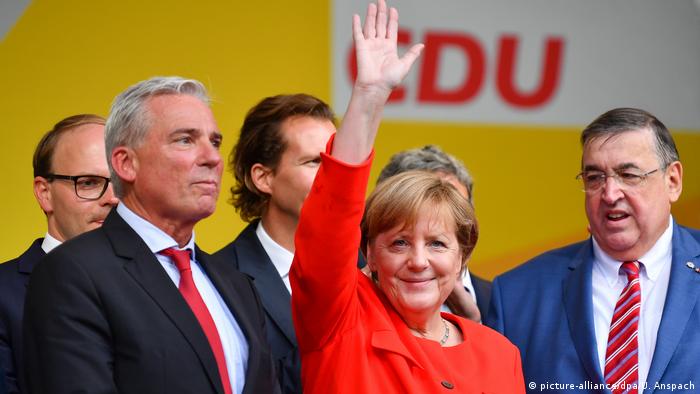 The German election has two faces. Most observers consider the race at the top over, with conservative Chancellor Angela Merkel running around 15 percent ahead of her Social Democratic (SPD) rival Martin Schulz. Yet skepticism remains about the accuracy of pre-election opinion surveys. After all, the overwhelming majority of pollsters failed to predict victories for the pro-Brexit camp in the UK and Donald Trump in the US.

The methodologies used by German pollsters range from telephone interviews employed by established organizations like Infratest dimap and Forsa, which have standing contracts with major news outlets, to online surveys used by the up-and-coming platform YouGov. The center-left SPD is drawing hope from polls that show almost half of voters may be undecided. But pollsters say those hopes are in vain.

"It would be the first election in the history of humankind in which all undecided voters ran to one party with flags flying," Infratest dimap Managing Director Nico A. Siegel told DW. "Our most recent numbers show no greater potential for the Social Democrats than for [Merkel's] CDU-CSU."

Forsa points out that voters consistently rate the conservatives as more capable than their rivals on most issues. Even YouGov, which put the gap between the Christian Democrats (CDU), together with their Bavarian sister party the Christian Social Union (CSU), and the SPD at slightly less wide in the survey it published on September 6, says the indicators favor Merkel.

"I don't doubt the CDU-CSU's lead," YouGov head of research Holger Geissler explained to DW. "It comes from a far many institutes who all work independently of another. We'd all be very surprised if Schulz made up the deficit."

So why are the Germans so confident when their American and British counterparts got things so wrong? That's directly related to the nature of the election in question. 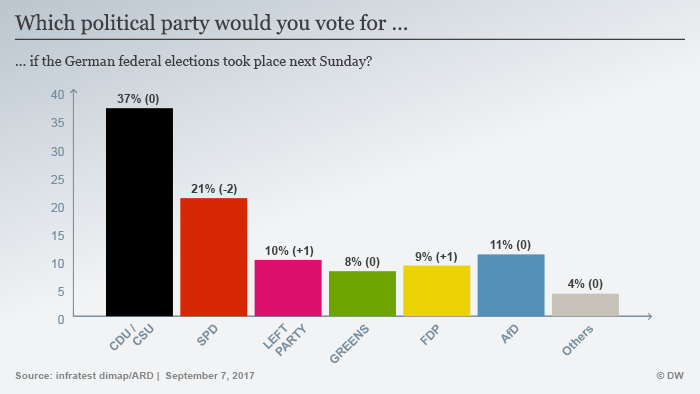 Brexit and Trump were 'too close to call'

Siegel says that part of the problem is when "pre-election opinion trends" get confused with "prognoses." With Brexit, the difference between the yes and no camps in the final polls was so small as to fall well within the margin of error, meaning that pollsters had no way of predicting which side would win.

With Trump's victory in the US, the polls were more or less right about the popular vote, which Hillary Clinton won, but gave the wrong impression about the Electoral College, which actually decides the presidency.

"They should have said too close to call," Forsa Director of Political Opinion Research Peter Matuschek told DW. "In Germany we wouldn't dare to say on the basis of a survey what the distribution of seats in parliament will look like. The polls [in the US] weren't bad, but how they were translated into electoral delegates was faulty."

That's an important point. Political polls can only be useful in predicting political winners and losers if they reflect the actual process by which leaders are elected and a country's political landscape. That raises another nagging question.

How strong are the AfD really? 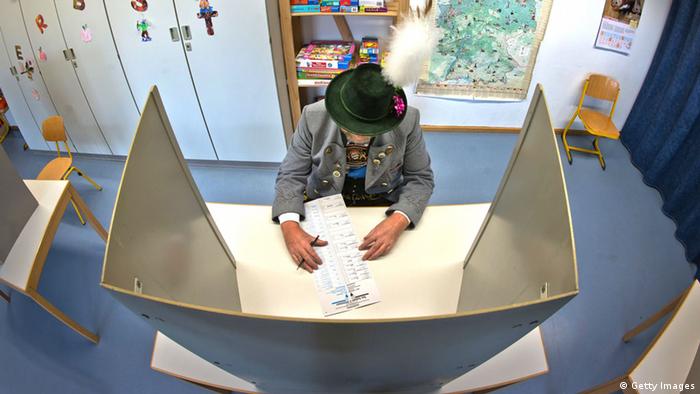 The main winner may seem clear, but a lot is still up in the air in the German election

There has been considerable speculation about whether public opinion polls downplay the amount of support enjoyed by the xenophobic right-wing populist Alternative for Germany (AfD) party, which currently polls at around 11 percent. Surveys failed to predict the AfD's greatest regional election successes last year, when the party sometimes got over 20 percent of the vote, but have been more accurate in elections this year.

"We're assuming that the AfD is correctly reflected in our latest numbers," Siegel said. "The difference between our final opinion surveys and the actual AfD election results weren't very large."

"With online polls we don't have the problem that extreme positions are too rarely represented," said Geissler – YouGov also puts AfD support at approximately 11 percent.

Matuschek concurred, but added that the AfD does possess a certain "uncertainty potential." That's because of the party's volatility, propensity to attract concentrated bursts of media coverage and lack of a long history – it was only formed in 2013.

Geissler also points out that in Germany, where parties rarely achieve absolute majorities and need to form governing coalitions, a six-party landscape is inherently more "complicated" than a situation with fewer parties. 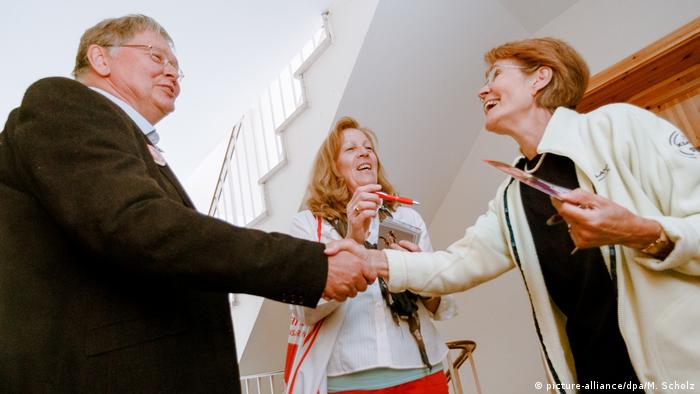 Small parties could profit from backlash

The election on September 24 is between six parties fighting for seats in parliament and for majority coalitions that will allow the election of a chancellor. Germany is currently governed by a so-called grand coalition of the CDU-CSU and Social Democrats, and if history is any indication, there could be an electoral backlash.

Siegel said that the small parties will "have a chance to profit." Geissler sees a similar scenario developing in the past few polls.

"I can imagine that both the CDU-CSU and the SPD will lose significant support before the election," he said. "The trend is toward the smaller parties – and not just in our surveys."

The key for all parties, but especially the larger ones, is how well they can mobilize their usual voters. That makes predicting which combinations of parties could combine to form a majority in parliament even more complicated.

"The problem is always figuring out who will actually make their way to the polls," admits Matuschek.

The relatively high number of Germans who will vote early by mail, estimated at around one-third, could favor parties with established hardcore supporters. In any event, although almost everyone is picking Merkel as the eventual winner and the election has often been criticized as boring, there is a lot of suspense about which coalitions will emerge as mathematically possible.

"As a pollster, it's impossible for me to consider any election boring," Siegel said. "If I did, I'd be in the wrong job."