German Chancellor Angela Merkel wrapped up her trip to India with the announcement of a billion-euro investment into green projects in the country. Merkel placed climate change at the center of her talks in India. 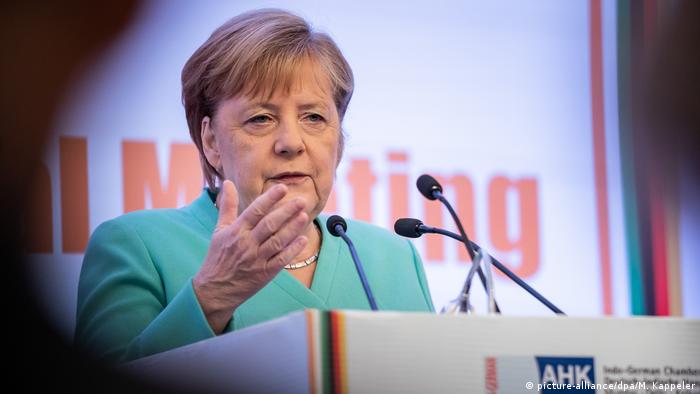 German Chancellor Angela Merkel brought her trip to India to a close on Saturday with a pledge for German investment of €1 billion ($1.12 billion) into new green mobility projects under a German-Indian partnership.

"We need a fresh attempt at a European-Indian free trade agreement," Merkel said at an event at the Indo-German Chamber of Commerce in New Delhi.

Under the plans, Germany will invest in a number of environmentally friendly policies, such as more than 500 electric buses to replace diesel-powered ones in urban areas in India. This project will be carried out over the course of the next five years.

Read more: Why it's tough for some Asians to get German visas 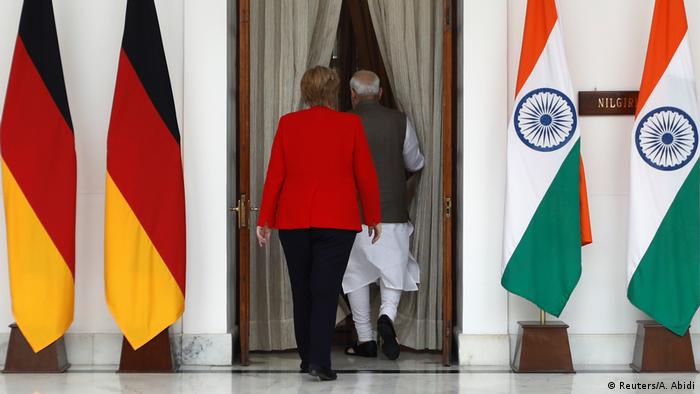 Merkel's trip to India focused on trade and climate talks

Although more than 1,700 German companies operate in India, German entrepreneurs have often been hesitant to invest large amounts of money in the world's second-most populous country.

Merkel also plans to simplify the recruitment process of Indian skilled workers who wish to come to work in Germany. The chancellor also called for more cooperation in digitalization, innovation, health and agriculture.

"Our proposal is that the foreign trade chambers are the starting point in the recruitment process," she told the chamber of commerce.

A previous free trade agreement, which was initiated between India and the EU in 2007, fell apart in 2012. Germany is still India's most important trading partner within the European Union.

The talks are the fifth in a series of biennial bilateral summits between Germany and India. The German delegation also included Foreign Minister Heiko Maas and Agriculture Minister Julia Klöckner.