Germany's return of 13 Mayan cultural objects also reflects a recent trend of private collectors returning what is not theirs. 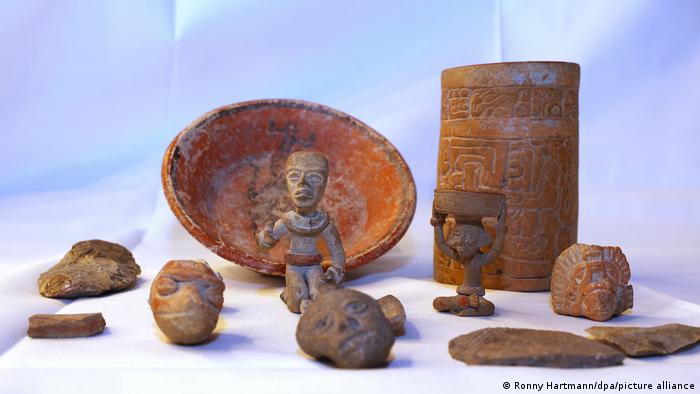 Bought at a flea market in 2003, these ancient Mayan artifacts will be returned to Guatemala and Mexico

The discovery and return of Mayan artifacts have been making headlines lately — with some private collectors both in Germany and elsewhere voluntarily surrendering the objects.

In late 2020, a man in the city of Klötze in the eastern German state of Saxony-Anhalt contacted the police to hand over WWII-era weapons that had belonged to his father.

His cellar also housed a collection of 13 objects — including figures, plates and cups dating back to 250-850 AD. Claiming not to know of their origins, he said that they had been purchased for less than €100 ($116) at a flea market in Leipzig in 2003.

An expert later confirmed the objects' authenticity and declared that 11 of the pieces were produced in what is today Guatemala and two others were from Teotihuacan, located roughly 40 kilometers (25 miles) northeast of modern-day Mexico City. The ancient Mesoamerican city of Teotihuacan was the largest city in the pre-Columbian Americas. Police suspect these items were looted by tomb raiders. 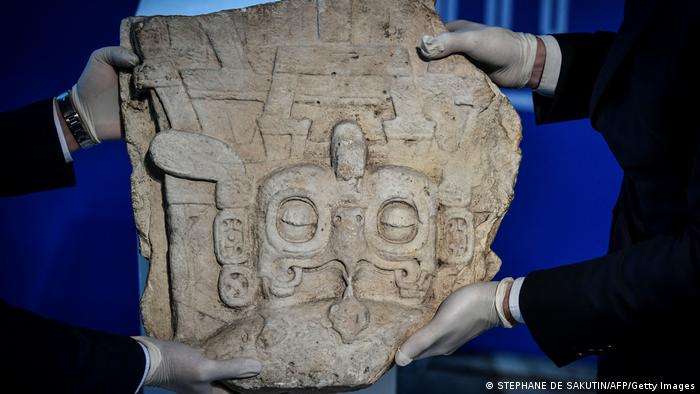 The handover came a week after another private collector in France returned a Mayan artifact to Guatemala after it was initially slated for auction in 2019.

Thought to have been looted from a Mayan archaeological site in the 1960s, the stone fragment depicts the head of a ruler of Piedras Negras wearing a headdress in the form of a bird of prey. Piedras Negras was the capital of a Mayan kingdom that existed between 4th century BC and 9th century AD, and was located in what is now northwestern Guatemala.

The Los Angeles Timesreported that the object changed hands several times before being ultimately acquired by private collectors Manichak and Jean Aurance in Paris. It was later included as part of a collection of pre-Columbian artifacts slated for auction in Paris in 2019. It had been estimated to fetch between €23,325 ($27,000) and €33,692 ($39,000).

Guatemala objected and produced evidence of provenance, with drawings and pictures dating back to its discovery in 1899, and the carving was then withdrawn from the auction.

Negotiations followed between Manichak Aurance, the French and Guatemalan governments, and UNESCO, which later released a statement saying Aurance opted to voluntarily return the fragment.

"The voluntary handover of this fragment of a Mayan stela to its homeland in Guatemala showcases the evolution of the international environment in favor of the return of emblematic cultural objects and artefacts to their homelands under UNESCO's guidance over the last 50 years," UNESCO Director-General Audrey Azoulay said in a statement.

"It also shows the importance of the UNESCO 1970 Convention in fighting the illicit trafficking of cultural objects," Azoulay said. "This success story has been possible thanks to international cooperation and a private collector's goodwill; it is a model for others to follow." 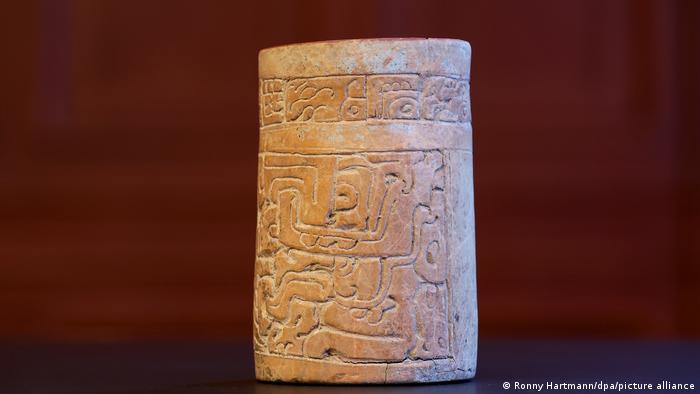 A clay drinking vessel estimated to be 1,500 years old is one of the 13 items returned

In May, two German collectors voluntarily returned 34 pre-Columbian artifacts to Mexico. Twenty-eight of the objects were in the city of Monheim am Rhein in western Germany and the remaining six in Recklinghausen, some 70 kilometers (43 miles) away.

Commenting on that event, Diego Prieto, director of Mexico's National Institute of Anthropology and History, highlighted the "growing sensitivity" in the global community about the need to respect cultural heritage and return artifacts.

People of Mayan descent constitute over 40% of the population in Guatemala. In the north of the country lie the ruins of the city of Tikal, one of the former centers of Mayan power.

Meanwhile, near Mexico's capital, Mexico City, lie the sprawling ruins of Teotihuacan — the center of a culture that dominated Central America in the first century AD.

InsightCrime.org reported in February that informal markets peddling Mayan artifacts still exist in Guatemala. Quoting an expert from the La Ruta Maya Foundation, the report explained how Mayan sites were looted between the 1960s and 1980s, when a trend of pre-Columbian exhibitions in the United States saw increased demand for cultural items from museums and private collectors. Guatemala's civil war had also forced some archaeologists to abandon excavation sites, leaving them exposed to impoverished rural communities seeking additional sources of income. 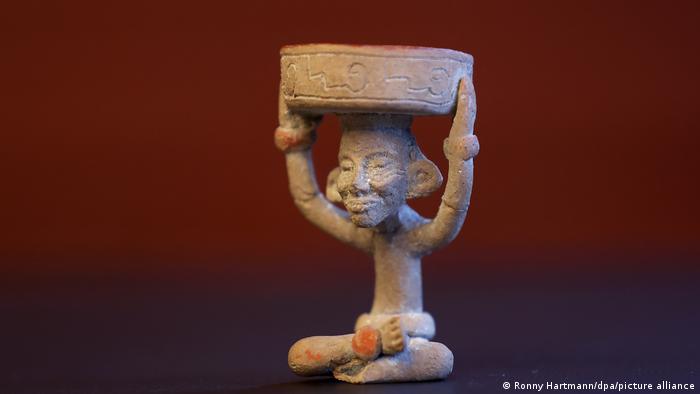 This 1,500-year-old clay figurine doubles as a candle holder and represens Huehueteotl, the fire god of Teotihuacan

Who are the heirs?

Nikolai Grube, a professor of Ancient American studies at the University of Bonn, told DW in May that the Indigenous peoples of the Americas are the legitimate heirs of these artifacts.

"Their ancestors created these cultural assets. But, nowadays, they are not even allowed to speak their language; it does not appear in school, their culture is not part of national life. A real kind of apartheid reigns. Either members of the Indigenous population live in poverty in the countryside, or in the favelas of the big cities," he said, adding that cultural institutions like museums often operate without their participation.

"The debate about African looted art is in full swing, and rightly so, and should have happened much sooner, especially since the debt is particularly large due to the German colonies. And that would be needed now for South America, as well," Grube said. "There is blood on all these objects as well — it's just older."

A resolution is imminent in the dispute over more than 1,000 bronzes stolen from the former Kingdom of Benin. Germany wants to return all the objects to Nigeria.