Ana Brnabic: A female leader who is unlikely to change history | Europe | News and current affairs from around the continent | DW | 12.03.2021

Ana Brnabic: A female leader who is unlikely to change history

Ana Brnabic's appointment as Serbia's first female and openly gay prime minister in 2017 came as a surprise. Back then, it seemed like she was the perfect candidate for the job. 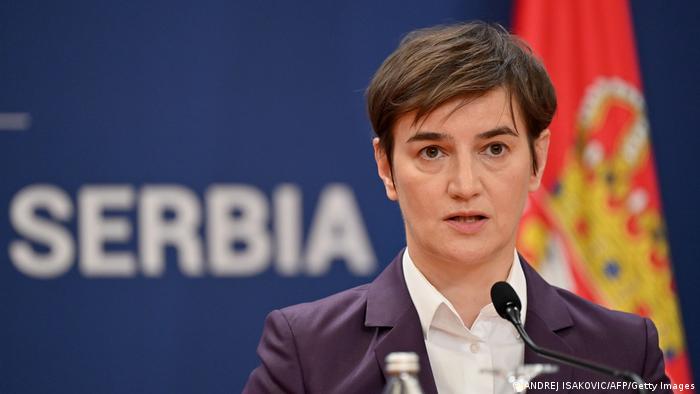 "Serbia gets its first female — and gay — prime minister," was just one of the headlines in the foreign press, published right after President Aleksandar Vucic confirmed Brnabic's appointment. A well-educated, hard-working, pro-European technocrat with close ties to some Western countries. In other words, nothing like a typical Balkan politician.

Serbia's image was about to change, it seemed. The Conservative Balkan nation was changing course, distancing itself from intolerance, right-wing politicians and their supporters, breaking a long tradition of close-knit relations with Russia and instead following its path to modern society and integration into the EU.

"The time ahead of us will show how brave we are as a society and individuals to push boundaries together, stepping into the future for the sake of all of us," said Ana Brnabic in her inauguration speech in Serbia's parliament, presenting the government's program. 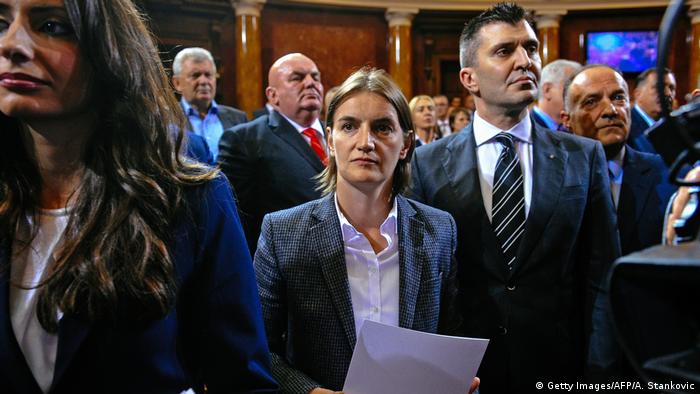 Ana Brnabic attends a swearing-in ceremony at the Serbian Parliament in Belgrade, August 2016

Nevertheless, it took her barely a full mandate to turn into a loyal party soldier.

From hard-working bureaucrat to government head

Ana Brnabic was born in 1975 in Belgrade. She obtained degrees in the US and the UK before returning to Serbia in 2002. She began working for US consultancy firms involved with USAID.

Brnabic's business degrees suggests expertise in local governance, and that was her ticket to join the government in 2016. Serbia's Prime Minister Aleksandar Vucic made her minister of public administration and local self-government. Brnabic pushed to modernize the country by introducing e-governance systems and mandatory IT classes for students.

However, it took less than a year for her to take on a far greater challenge — a mandate to form a new government. "I am a technocratic prime minister," Brnabic said in one of her first interviews as head of the government.

Shortly afterwards, this statement raised an obvious question. Does "technocratic" in her case mean, her only role was to implement policies and decisions already shaped by her predecessor, Aleksandar Vucic? Political scientists in Serbia believe so, suggesting Brnabic was actually appointed as a head of "surrogate government." Moreover, the opposition leaders described her as a mere puppet of newly appointed president of Serbia Aleksandar Vucic.

Lesbian 'only at home'?

Despite being homosexual, LGBT+ rights have had no priority in her political agenda. Serbia's LGBT+ took Vucic's decision to appoint a lesbian politician as prime minister as a positive message. However, Brnabic was never accepted as a human rights defender and LGBT+ advocate in Serbian society.

Brnabic lives with her partner Milica Djurdjic. Last year, Djurdjic gave birth to a boy, and the couple was showered with congratulations by many officials and media outlets. Brnabic and her partner cannot legally marry, as the 2006 constitution defines marriage as a union between a man and a woman.

Sidelining the subject, Brnabic said in an interview with Pride magazine that "at the moment, our country has other critical issues that we must resolve as soon as possible for the benefit of all citizens of Serbia."

Brnabic has been criticized for enjoying privileges inaccessible to other gay people and for not fighting for the LGBT+ community's access to them. Although her attendance at the Pride events in Belgrade was always welcomed, Brnabic's restrained position towards the LGBT+ community is unacceptable to many human rights activists. 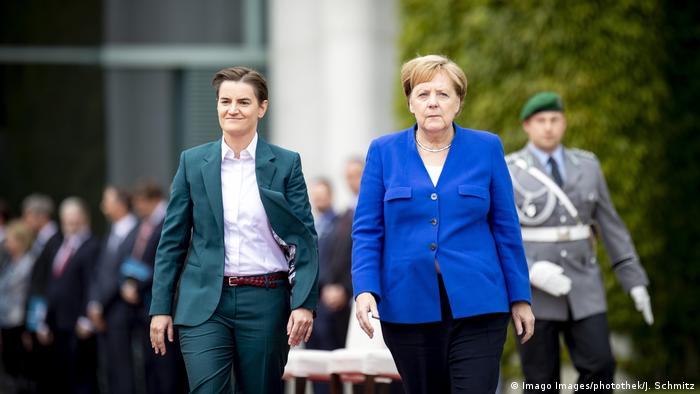 Ana Brnabic has appeared on Serbia's political scene as a non-partisan with a well-behaved student attitude. Friendly and well-balanced in her statements, reduced to a strictly bureaucratic language. She was also reserved in her criticism of political opponents — but again, not for long.

Brnabic increasingly sounded like her mentor Vucic. In October 2019, the once subtle non-partisan expert officially became an obedient party soldier as she joined the leading Serbian Progressive Party.

Shortly afterwards, her government got hit by several affairs. What was initially promoted as a significant modernization project of public governance turned out to be a possible corruption scandal, Serbia's opposition leaders claimed. A company managed by Igor Brnabic, the prime minister's brother, was accused of receiving millions of dollars from state agencies and companies through public tenders. 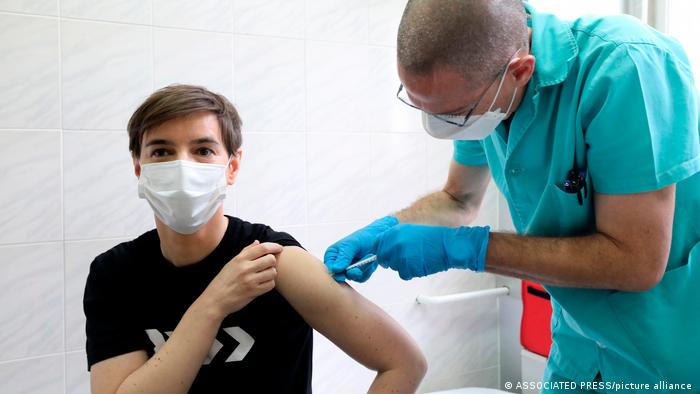 As the criticism and pressure on the Serbian government grew, Brnabic's rhetoric got more defensive and confrontational. While speaking about negotiations with Kosovo's leaders, she said Serbia is dealing with "people who came out of the woods." Journalists and media were next in line, as she denied their objectivity. She blamed political opponents in Serbia for "attempts to destabilize the state."

Brnabic was no longer just some loyal student. She evolved into a party leader with the same mindset as her close ally, Aleksandar Vucic. In 2020, Brnabic won another mandate to form Serbia's 16th government.

Although she outgrew her technocratic position, Brnabic appears to be just another team player in Aleksandar Vucic's well-trained squad with no actual power. Every time she calls him "Mr. President," and he replies with "Ana," they seem to perform the master-and-apprentice positions in their political roleplay. Outside of Serbia, however, Brnabic is still perceived as a gender equality role model. In 2019, her name appeared on the Forbes list of the most powerful women in the world. In January 2021, well-known Hollywood actor Jennifer Aniston paid tribute to women who hold significant leadership positions in their respective countries.

Next to German Chancellor Angela Merkel, US Vice President Kamala Harris and other female world leaders, Brnabic's photo was also used in Aniston's Instagram story, followed by a comment: "Empower women and change the world."

"This is a good thing for Serbia," said Brnabic as she heard about Aniston's Instagram post. "I hope we are the country that is changing the world."

Serbian Prime Minister Ana Brnabic told DW's Conflict Zone that the 1995 massacre in Srebrenica was "not genocide." She also said Serbia was not ready to join the EU before 2025.

The gloves were off when Serbian Prime Minister Ana Brnabic appeared on DW's Conflict Zone. The interview whipped up a frenzy in a country not used to politicians having to answer hard-hitting questions.