Serbian strongman Aleksandar Vucic has named his public administration minister, Ana Brnabic, as the new head of government. Brnabic is the first woman and the first openly gay politician on the job in the Balkan nation. 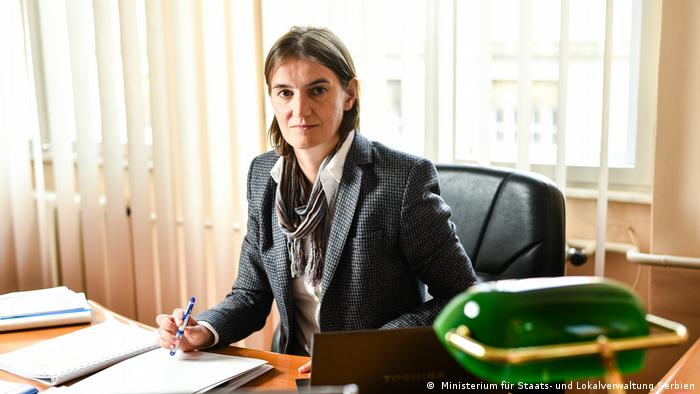 Thousands of young people in Serbia entered their third night of protesting against the election victory of Aleksandar Vucic and what they see as a dictatorship. They say the vote was undemocratic. (05.04.2017)

Serbia's first gay pride parade in almost a decade was marked by riots and violent clashes with police. The march has split the country, with the Serbian Orthodox Church and some politicians speaking out against it. (10.10.2010)

Leo Varadkar is set to become Ireland’s youngest ever, and first openly gay, head of government - but those hoping for a liberal standard bearer may be disappointed. Gavan Reilly reports from Dublin. (01.06.2017)

The 41-year-old minister would replace Vucic at the head of the government, after Vucic himself took over the office of president two weeks ago.

"I believe Ana Brnabic has all the personal and professional qualities" to do a good job as prime minister, Vucic said on Thursday.

"Much remains to be done in different areas, from public health to education, in order to implement reforms," said Vucic.

While Vucic's nomination still needs to be confirmed in Serbia's parliament, the vote itself is expected to be a formality because the coalition gathered around the president commands an overwhelming majority.

Brnabic is set to become the first woman and the first openly gay state official to head the government in Serbia. This marks a significant leap for the conservative country and the entire Balkan region, where members of LGBT groups still face the threat of violence in their daily lives.

The public administration minister studied at the US Northwood University and holds an MBA in marketing from the University of Hull in England. She has worked for USAID for several years, and served as an executive in several companies and NGOs in Serbia. Notably, she was appointed minister as an independent candidate and not a member of Vucic's Progressive Party.

Responding to the news of her nomination, Brnabic said it was "an honor to serve one's country."

"I will be personally committed to working on goals that are bigger and more important than any of us individually," she added in the statement cited by the Serbian Danas newspaper. 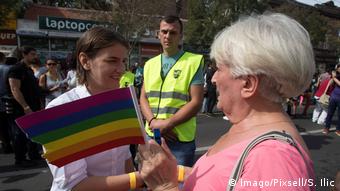 Brnabic took part in the Belgrade Pride Parade in 2016

Despite Brnabic's formal distance from Vucic, analysts believe that the new president would maintain his grip on the cabinet even from his new and largely ceremonial posting. While the Serbian constitution grants wide powers to the office of prime minister, Vucic controls the ruling coalition and is widely seen as the highest political authority in the country.

Brnabic herself seemed to confirm this perspective last week, during an appearance on state-controlled RTV broadcaster.

"Vucic should mentor the prime minister for the first several months," she said, commenting on then-unconfirmed reports that Vucic would nominate her.

She also slammed statements from some coalition partners, who publicly stated that the prime minister should be "a family man with children."

"I don't like when being gay is used as an indicator of personality. Why is that important? Should we not focus on that person's honesty, their love for their country, hard work?" she asked.

Vucic's nomination comes only a day after 38-year-old Leo Varadkar was officially elected as the prime minister of Ireland, becoming the first openly gay man to hold this position.